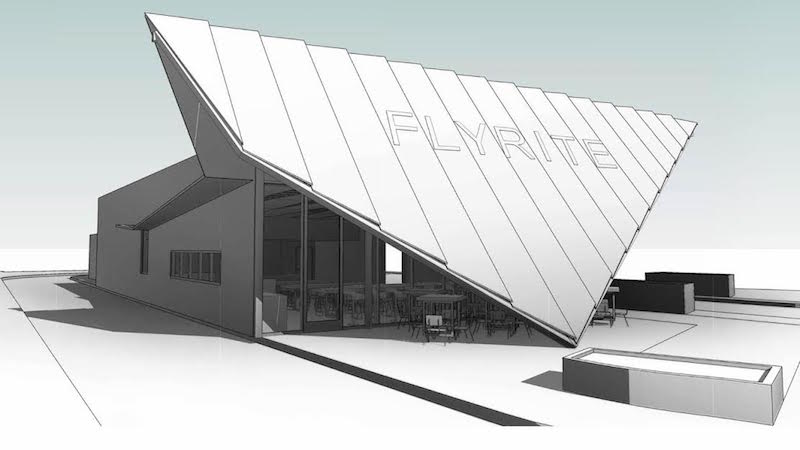 Austin's not just a hotbed of talented independent chefs and artisan pitmasters, it's also proven to be a reliable incubator for homegrown restaurant chains. Outfits such as County Line Barbecue, Kerbey Lane Cafes, Chuy's, and Thundercloud Subs have impressive track records dating back to the Eighties, while some of the newer triumphs involve Torchy's Tacos, Verts Kebap, and P. Terry's Burgers. Culinary entrepreneur Kevin Warden is ready to write his own Austin success story by launching FlyRite Chicken Sandwiches later this year. Warden was an early franchisee with the Which Wich chain and says he probably opened 80 stores in the past 10 years. At some point, however, replicating a brand created by someone else "stopped being entrepreneurial. I looked at how well Patrick Terry is doing with quality fast-food burgers and started to wonder about how I could do a better Chick-fil-A with a cleaner, more locally sourced protein. My working idea was chicken for all." So Warden divested himself of his Which Wich holdings and started work on his chicken sandwich business, guided by what he calls his food rules: clean, natural, mindfully sourced food with free-range chicken raised on vegetarian feed with no antibiotics or growth hormones as the centerpiece. He's also wisely put together a team with connections to one of Austin's most accomplished chain restaurant operations, the County Line. County Line founding partners Ed Norton and Don "Skeeter" Miller are available to FlyRite in an advisory capacity, while Warden's working team includes two young men who literally grew up in the County Line organization – chef Quirino "Q" Silva and manager Dallas Miller. The FlyRite team is hard at work developing items for breakfast, lunch, and dinner to round out the quick casual chicken sandwich concept. The sandwiches will be based on boneless chicken breast meat with both grilled and fried options, and it's likely that breakfast will include tacos and either a chicken and biscuit or maybe a chicken and waffle combo. Drinks will include sodas, shakes, Cuvée Cold Brew on nitro, plus a couple of beers on tap and some affordable wines. Based on our conversation with Silva and Miller, they are excited about how the menu is taking shape and are holding regular tastings. Warden has already signed on locations for the first two FlyRite outlets, a former taco restaurant at 2129 E. Seventh and an old car lot property in the 6500 block of Burnet Road next to the Aristocrat Lounge. All the restaurants will offer drive-through, counter, and some dine-in service. The FlyRite design created by Arkansas architect Marlon Blackwell features a distinctive wing that will define both adapted existing buildings and new construction as part of the company. Respected Austin restaurant architect Dick Clark will be in charge locally. Warden says they're just starting the permit process on the first stores and hope to have the East Austin location open by the end of the year.

Speaking of chains and growth, Kerbey Lane opened their seventh area outlet in Round Rock earlier this week, and we also hear that Leon and Tiffany Chen of Tiff's Treats have secured the investment funds necessary to grow their rapidly expanding cookie delivery business.