Foodie Is an Ethnocentric Word

Searching for diversity in culinary Austin 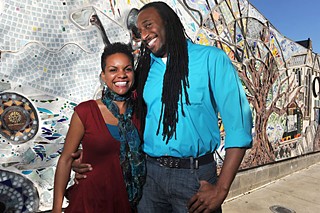 When we think of foodies, what kind of person do we see? For that matter, whom do we think of when we imagine the Austin food scene? Paul Qui comes to mind; Jesse Griffiths, Bryce Gilmore, and Rene Ortiz have been ambassadors at one time or another – joined only recently by women like Allison Jenkins, Laura Sawicki, and Sarah McIntosh. We see Aaron Franklin in Lone Star ads, but not the folks from Sam's BBQ. Austin's food scene has a definite identity, but a few faces are missing. African-Americans are conspicuously absent.

"It's a systemic problem," says Kevin Thomas, a professor of advertising and marketing at the University of Texas and co-founder (with partner Naya Jones) of Food for Black Thought, an East Austin-based organization that promotes environmental justice through better access to food policy, food heritage, and foodways. "There is not a lot of diversity in general. Whether you look at the food scene or local government, it just seems like that's Austin. And it's really a critical issue around African-Americans."

It's difficult to ignore the recent news coverage about black flight from the urban core. Austin is the only city in the country that has seen double-digit growth in the last decade, while simultaneously losing black population in the central city. In a well-publicized paper, UT assistant professor Eric Tang suggested that the reasons for this are not simply economic; it has much to do with the structural forces of institutional racism, such as uneven access to education and jobs, and racial profiling among Austin's police force. The Austin food scene reflects demographics.

"Institutional racism and segregation has had an impact on both races. We're just caught in a vicious circle," says Toni Tipton-Martin, a well-known cookbook author, speaker, and co-founder of Foodways Texas and the Southern Foodways Alliance. "It's the idea that there is a wall and you can't break through it. ... I would feel that way if I had been brought up in Austin."

Restaurateur Hoover Alexander was brought up in this community. He knows firsthand how hard it is to break free from the constraints of these forces. Alexander grew up around 12th Street in East Austin, raised by first generation city-dwellers whose roots were in the small black farming communities around Austin. His stepfather worked as a cook at the Night Hawk diner.

His mother was thrilled when Alexander was accepted to UT. She was less thrilled when he chose to work in food service (first at the Night Hawk with his stepfather and then at a variety of other restaurants) instead of finishing his degree and getting a white-collar job. For his parents, working in food service was something you did because you had no choice. Alexander, whose Hoover's Cooking is now an Austin household name, laughs about this now: "They couldn't understand why I would choose this as a career when I had other options." 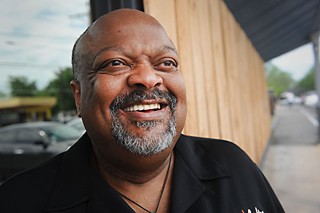 Alexander's parents weren't alone in their thinking. Leslie Moore, owner of Word of Mouth Catering, came from similar roots. As a high school student in Corpus Christi and then in college at UT in the Sixties, he cooked and waited tables at whites-only country clubs where the entire service staff was black. After dropping out of college, he eventually realized that he could forge a successful career from food service. In 1987, he became a partner at Word of Mouth, and has been well entrenched in Austin's food industry ever since. "But at the time, black kids weren't doing that," Moore explains. The food service industry was typically not valued in the black community.

Tipton-Martin says this cannot be understood without some historical perspective. During the antebellum years, slavery forced black women into cooking for others. Even after slavery ended, farming and food service were among the few industries open to African-Americans lacking education or a skilled trade. Simply put, cooking meant continued servitude and oppression, and therefore it became stigmatized, especially among families striving to move into the middle class. That legacy continues even today, and the result is that few African-Americans choose cooking as a profession, and many middle-class blacks feel divorced from culinary interests altogether.

The relative scarcity of black chefs and restaurant owners has been noted nationally and is not a problem unique to Austin. However, what does seem to be unique to Austin is the almost complete invisibility of black people in the food scene – not just as producers, but as consumers. Among Austin's independently owned restaurants, there are only a handful that can claim a truly diverse clientele.

Hoover's is among the few. "A big part of the problem is price point," comments Alexander. Sure, Austin's food scene is red hot these days, but the same restaurants that are gaining national renown are also very expensive. Many black families simply don't have the means to participate in the new food scene. But Alexander also concedes that it is not all about economics.

"A lot of my black customers will complain when I raise the price of a dish, or they complain that the food at my restaurant is too expensive," Alexander says. "Meanwhile, my white customers consistently tell me my food is a bargain." It is a matter of perspective. But it is also about preference. Leslie Moore says, "When I was growing up, we almost never went out, and when we did, it was always just hamburgers." According to Moore, going out to eat was just not part of black life. Alexander notes that African-Americans today do dine out and spend money at restaurants, but often they choose chains like Pappadeaux and Pappasito's rather than a locally (white) owned business. These are businesses that tend to thrive on the outskirts of the urban core, which, incidentally, is where many black families move when they leave the city.

"When we think of the Austin food scene, we sometimes feel like it is just not for us," says Naya Jones, an instructor at the Culinary Institute of America and co-founder of Food for Black Thought. Both Jones and Thomas come from working-class families and are first-generation college graduates. They love the city's restaurant culture but admit that there are times when they feel uncomfortable going out to some of Austin's trendier restaurants. "When we talk about food access, there is a level of emotional access you have to consider. In a dominantly white city, black people don't want to be put through the emotional stress of what it will be like to dine in a white space."

Almost everyone interviewed for this article reported that there were occasions when they felt stared at or awkward for being the only black person in a restaurant. This feeling is what W.E.B. Du Bois famously called double consciousness, the sense of always seeing oneself through the eyes of white folks. "After a while you just get tired and stop struggling against it," says Tipton-Martin, who does consider herself a part of Austin's food scene, and is very excited by Austin's culinary growth. But as a transplant from California, with a national profile in the food industry, she recognizes that she doesn't carry the same baggage as someone would who grew up in this community.

Moore, too, admits he is something of an outlier among blacks in Austin. Throughout nearly 30 years of catering he says he has rarely felt unwelcome or hindered by race. "But it's probably just my attitude, because I refuse to give people that kind of power over me," he says. Nevertheless, Moore knows that his clients are almost exclusively white, and sometimes when he looks at the sea of white faces at the parties he caters, he wonders: Don't these people have any black friends? Even in a "post-racial" world, in a city known for its progressive spirit, our community remains deeply divided along the color line.

These issues of unspoken power and privilege in the food system are exactly the ones that people like Jones, Thomas, and Tipton-Martin are working to change. "There is so much energy around doing food work in Austin, but we didn't see people coming to the African-American community to draw knowledge from those who might have something to contribute." Food for Black Thought seeks to bring more diversity to the dialogue through regular symposia and classroom collaboration around food systems. Tipton-Martin also has an agenda. She is putting together a Juneteenth symposium on black foodways and black food heritage past and present in cooperation with Huston-Tillotson and UT that will bring in chefs, food writers, cultural critics, historians, and even food archaeologists. She points to the continued centrality of traditional cooking and foodways among the black church groups and in family gatherings in Austin. Food is happening in the black community. "But perhaps it's just not commoditized in the same way as the high-profile restaurant scene," suggests Tipton-Martin.