How a trailer becomes brick-and-mortar 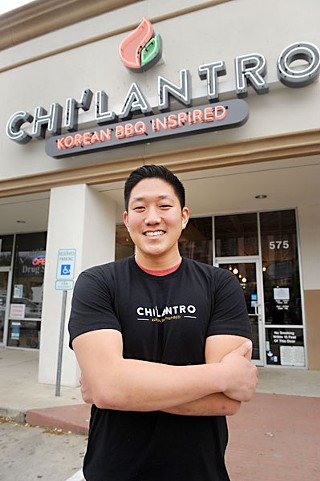 When Wesley Hurt pioneered the food trailer business in the 1600 block of South Congress in the fall of 2007, he was an energetic young man with an entrepreneurial spirit, convinced he could cash in on the cupcake craze sweeping the West Coast. Hurt taught himself a few simple cake and frosting recipes and parked a shiny vintage Airstream trailer on the corner of a big, empty lot directly across from the busy SoCo strip. A rotating cupcake on top of the trailer attracted curious customers, and Hurt's business flourished. Eventually, a full complement of food trailers filled the lot, making the SoCo strip an even more inviting shopping and dining destination.

Within a couple of years, Hurt had secured a brick-and-mortar location on Burnet Road where customers could pick up large custom orders and which has a commissary kitchen with a staff of actual trained bakers. The quality of his product improved and the cupcake business was good. When it became obvious that the long-delayed boutique hotel would finally be built on the South Congress block, Hurt's was the first trailer to move, securing another space just one block up the street to maintain the valuable SoCo connection. He continued his expansion with trailers in other strategic locations, such as the Four Corners area near Lake Travis and the high-profile Barton Springs Picnic.

After building Hey Cupcake! into one of Austin's most recognizable trailer food brands, Hurt and business partner Matthew "Petey" Peterson sold 78% of the business to investment fund manager Frank Drew in 2014. Both men retain small percentages of the business, but Hurt has moved on to start another company while Peterson continues to work with Hey Cupcake! in social media marketing. Hey Cupcake! now employs about 50 people and had sales in seven figures in fiscal year 2014.

Any way you look at it, Hey Cupcake! is an Austin food trailer success story, but a lot of that success has to do with being in the right place at the right time. Austin in the mid-Aughts was in a real estate slump with several attractive central city properties awaiting development that was stalled for lack of funding. Inspired by emerging food trends in major coastal cities, a handful of scrappy culinary entrepreneurs began trying the trailer business for themselves. Savvy landlords turned empty lots into food courts, some with more amenities than others. Austin's scene soon developed a national reputation with local brands such as Torchy's Tacos, East Side King, and Kebabalicious attracting customers and media attention.

However, for every success story, there are more trailers that have been only marginally solvent and an equal number that have closed. As even the most successful operator will tell you, the trailer food business is a tough one, defined by even more unpredictability than the restaurant business itself. Here's what it takes to start: various city permits; an innovative concept with an inviting menu; a truck with cooking facilities, or a trailer from which to serve food prepared at a commissary kitchen; a rental space with some parking or good foot traffic; and perhaps amenities such as covered tables and accessible bathrooms. Once the trailer/truck is operational, you're completely at the mercy of the elements – cold, heat, rain, wind, holidays, myriad special events, street closures, even the local allergy pollen count – all those things can and will impact your sales, regardless of how much the public loves your food.

There are local food trailer owners who've run that gauntlet and made a living, but the Austin landscape has changed dramatically in the past two years. The golden age of small investment start-ups has all but passed. Real estate development money is flowing again, which means fewer empty lots, and lots specially designed as food courts with parking and amenities can demand premium prices for space rentals. Trendy new restaurants open almost weekly, increasing competition for local dining dollars. The savviest local culinary entrepreneurs realized early on that the transition to brick-and-mortar outlets offered the opportunity to create a more sustainable business model. These two business owners took different paths to accomplish their ultimate brick-and-mortar dreams, but both are thriving and looking toward a bright future. 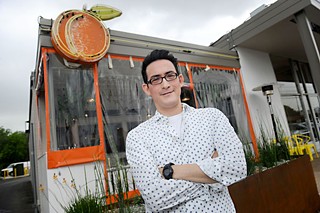 Eric Silverstein wasn't happy in the practice of law, yearning instead for work that was more entrepreneurial and had to do with food. In his search for investment capital for his first restaurant project, the biggest stumbling block was his lack of a verifiable track record of success in the food service industry. Inspired by well-documented success stories of Asian-American chefs David Chang and Roy Choi, Silverstein opted to start with a food truck, which required a much smaller investment. Merging the culinary influences of his childhood in Georgia and the Chinese heritage of his mother's family, Silverstein founded the Peached Tortilla in 2010. He continued to take his cues from the burgeoning Los Angeles food truck scene and went the mobile route, using social media to let Asian-fusion food fans know where the truck would be on any given day.

Silverstein readily admits his first two years in business were a struggle for survival, with the transition to a brick-and-mortar outlet as the ultimate long-term goal. "Once we finally started making money, I had the second truck custom-built based on what I'd learned up to that point," he reports. In order to build his clientele and name recognition, Silverstein arranged to participate in the food court at the Austin City Limits Festival, founded Trailer Food Tuesdays on the terrace of the Long Center with trailer food maven Tiffany Harelik, and even competed in a nationally televised food truck cook-off on Live With Kelly and Michael. The same year he got his second truck on the road, Silverstein also began hosting pop-up dinners around town to test potential restaurant dishes and create a different kind of buzz for his brand, with the hope of attracting investors to help fulfill his restaurant dream. "By December of 2013, the brand finally had enough clout for me to sign the lease on this space," Silverstein says of the restaurant he opened in early December at 5520 Burnet Rd.

These days, Silverstein counts his blessings that his business is in a sustainable situation. The attractive restaurant offers parking, plenty of seating, an inviting menu of sharable fusion plates, and full bar service, all of which contribute to a more predictable bottom line. The food trucks are still available, but Silverstein envisions a future with more restaurant outlets rather than trucks, saying, "If you can make the leap out of a food truck, that's the biggest hurdle you can clear."

Jae Kim started his food truck business in 2010, melding styles and flavors of popular Korean and Mexican street food items into a mouthwatering fusion that Austin diners soon found addictive. Whether it was bulgogi, burritos, quesadillas, or the signature kimchi fries, Kim's food always attracted crowds. About two years ago, he began the serious search for possible brick-and-mortar spots he could get into without taking on investors or incurring significant debt. The right affordable properties continued to elude him until late last year when a turnkey operation pretty much fell in his lap. Business partners Jerry Reid and chef John Bullington were looking for someone to take over the lease on the South Austin space where they ran the failed A-OK Chinese, and Kim was more than happy to take the lease off their hands. With a shoestring budget and a few weeks to change the decor, Kim and his team opened the first brick-and-mortar Chi'Lantro in January of this year at 1509 S. Lamar.

Neighborhood response to the opportunity to enjoy Chi'Lantro food in a restaurant with beer and wine has been very positive. Kim reports they survived the craziness of operating both food trucks and a restaurant during South by Southwest, and now they're settling into a good groove. Kim is so encouraged by the success of the first place, in fact, he's recently signed a lease on another abandoned restaurant location that he plans to get into fairly cheaply. He's shooting for a mid-May opening date for the second Chi'Lantro in the space vacated by Man Bites Dog at 5222 Burnet Rd.

Like his fellow food truck entrepreneur and new neighbor Silverstein, Kim is keeping his food trucks and trailers as an adjunct to the more sustainable restaurant outlets. "We have one at the Picnic on Barton Springs, we'll have one at the Domain food court when it opens, and we're keeping the third one mobile," says Kim. Because it wasn't necessary for him to build either restaurant location from the ground up, Kim has thus far been able to finance his company's expansion himself. His explanation? "We operate thin and tight!"