Salad Days Are Over 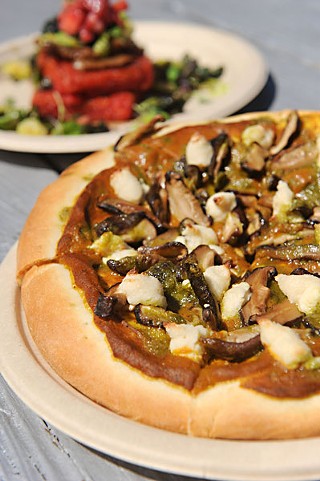 Bistro Vonish, one of Austin's newest vegan food trailers, has maybe had salad listed on the menu once since it opened in January. Once. Some omnivores may consider that perplexing, believing the misconception that salad is a vegan's sole source of nourishment. But that's a presumption that chef Craig Vanis has every intention of discrediting.

"Elevated" is how he describes his vegan cuisine, which is hardly a stretch when one scans over a chalkboard menu that lists dishes like butternut suppli, pear-arugula pizza with candied pecans and aged cashew cheese, and delightful chocolate kolaches, offerings that will make even nonvegan foodies salivate. 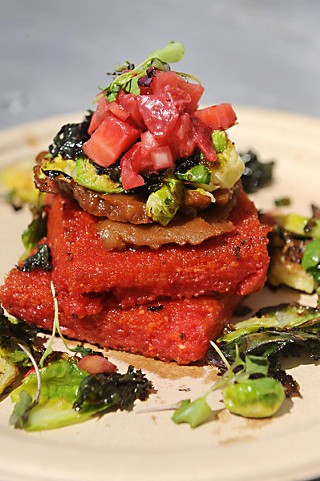 But besides offering mouthwateringly delicious fare, Vanis' goal is to offer food and an atmosphere that's kind to the planet – not to mention the human body – that is not intimidating or pretentious, food that everyone can enjoy any day of the week.

"We want to see a different kind of vegan cuisine, or cuisine in general, present in this town and in our lives, so we're going to create it here," Vanis said with his ever-present smile.

It's a far cry from working in Texas oil fields. There, he was often teased by carnivorous coworkers, but it was also where he discovered his passion for cooking. That love grew until he decided to make the transition from the oil industry's grit and grime to the fire and energy of the kitchen when he lost his job in 2009. 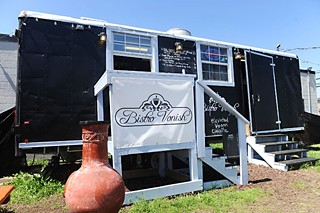 He started by making tamales at a farmers' market and in no time was head chef for several vegetarian restaurants in Austin, including Mother's Cafe and Veggytopia, all while studying at plant-based culinary school the Natural Epicurean. But there soon came a time when Vanis wanted something that was all his. He started with supper clubs, offering curious diners a fixed menu, and in January took the plunge and opened his food trailer.

"It's been fantastic," Vanis said, still smiling. "I get to play with and create something in the place that makes me happiest, and I get to do that every day, and it's awesome."

He uses only fresh, local, in-season produce and creates dishes that are classic and comforting, and new and fresh. He brings familiar comfort food like pizza and mac-and-cheese kolaches to the vegan masses but also celebrates vegetables in seasonal menus.

"We want this to be a venue to show the world that vegans don't just eat salad, that vegetables and plant food is amazing and colorful and fun and just as soulful and emotional and sophisticated and artistic; there's nothing to give up if you're going vegan," Vanis said.

That soon will include a fine-dining experience. Vanis plans to bring his inspired cuisine to a brick-and-mortar location. The goal is to open this year and offer lunch, dinner, and happy hour. In the meantime, Bistro Vonish offers a killer brunch on Sundays, still holds a supper club, and serves lunch and dinner six days a week. His former oil colleagues may have teased him, but Vanis is getting the last laugh. 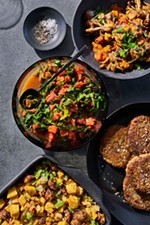 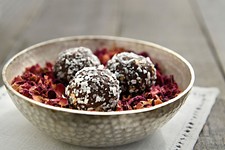