The artists who make Austin the cake capital of the world 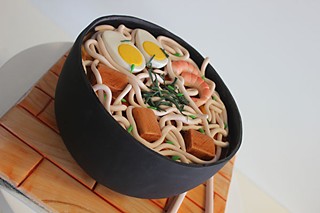 The last place you'd expect to find a cottage baker plying her trade would be a local gym and workout facility, but that's exactly where former Gold's Gym aerobics manager Jackie McGrath got her start in the baking business. "I have always loved to bake. I'll bake for anyone who will eat it. In the classes I taught, people would get to be friends and we'd celebrate occasions like birthdays together, so I would bring a cake to those parties. Either that, or I was making cookies or cupcakes or brownies and sharing them with my co-workers," she recalls. The lifelong baker says that it wasn't long before aerobics clients and co-workers alike were ordering baked goods from her regularly. Ready for a career change at 40, Jackie decided to quit her day job and follow her passion. At first, she baked and delivered from home, but she soon outgrew that and rented space in a commercial kitchen. Then about 16 months ago, Jackie cashed in her retirement fund and opened the Sweet Treets Bakery (6705 Hwy. 290 W. #601), complete with a storefront, an office, a consultation room for hosting brides, and plenty of kitchen space for baking and decorating cakes.

Sweet Treets Bakery is now a thriving enterprise employing 17 people, and Jackie McGrath is one of the busiest wedding cake makers in Austin. The pastry cases at her bakery offer a small selection of cookies, cupcakes, and muffins, and she does sell a line of wholesale cheesecakes, pies, and cakes to local restaurants and caterers, but Jackie's wedding cakes are really the star of the show. In addition to referrals from wedding planning websites, event planners, and caterers, she fields lots of requests from brides who have seen or tasted her cakes at other weddings. While brides used to find inspiration in wedding books and magazines, these days they're far more likely to show up for appointments with photos they've downloaded from Pinterest. "That's helpful to me because it gives me some idea of what appeals to them and I can develop a design concept from there," Jackie explains. Brides are given the option to taste four flavors of cake at their consultation appointment and bookings proceed from there. 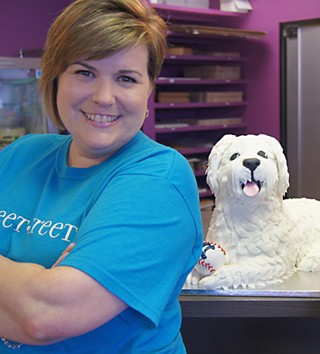 According to Jackie, her most popular flavors are a traditional almond cake, strawberry champagne, red velvet, honey-roasted pistachio, and her personal favorite, citrus vanilla with key lime curd filling. She says brides these days are choosing different flavors for different layers of cake instead of simple white cake for the bride and chocolate for the groom, but chocolate with salted caramel filling is a very big seller where grooms' cakes are concerned. She says rustic themes are big these days and metallic colors are somewhat of a trend. After the tasting and design consultation are done, it's time for Jackie and her staff to work their magic. Sculpted cakes are not her forte, but Jackie takes pride in the fact that her signature is cakes that are covered in real buttercream, rather than smooth, chalky, rolled-out fondant. That buttercream recipe is her own trade secret, and she wishes she'd had a supply of it with her when she appeared on a recent episode of the Food Network's cake decorating competition show, Duff Till Dawn.

"They told us to bring so many pounds of baked cake and fillings, and we were allowed to take some of our own tools, but basically we had to use what Duff had in the shop. Working in an unfamiliar kitchen was the biggest challenge. His buttercream was so stiff, it would take chunks of cake away with it when we tried to spread it. I wish I'd had my own," she says. Despite the buttercream problem, Jackie and her decorating partner, Tina Hernandez, won the overnight decorating challenge with a spiced pumpkin cake with dulce de leche filling that was a huge hit with the judges. She's currently looking for a shadow box in which to mount and display the golden whisk she won on her first television outing, and is eagerly anticipating the taping of a different program she can't yet disclose details about this spring. We'll share the scoop when she does, and we'll be watching. – Virginia B. Wood 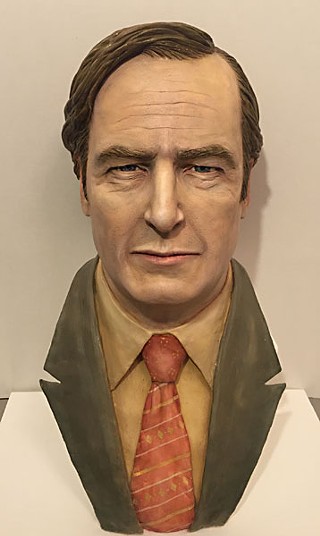 Natalie Sideserf's favorite cake involves a pair of dead-eyed severed heads, hair slicked with blood. It's a wedding cake – her own wedding cake in fact – one she sculpted in a hyper-realistic style of Duane Hanson or John De Andrea.

It's a bit of a surprise, then, to hear that she isn't a big horror fan (although her husband definitely is). "Horror cake designs translate really well - some say too well," says Sideserf. "Edible blood looks like blood, edible guts look like guts, and that realism makes for some of my most popular cakes. I'm more interested in conveying a believable design rather than being offended, so I'm pretty sure there isn't a subject I would pass up."

Those subjects have included such horrors as Trick 'r Treat's pint-sized sociopath, Harry the Hunter (aka the shrunken head guy) from Beetlejuice, and Keith Urban's microphone. Her latest creation, a first place winner in the recent That Takes the Cake competition, is a bust of shady lawyer Saul Goodman from Breaking Bad and Better Call Saul. But ultimately the model for the cake isn't the main point. "I am not as interested in a specific subject as much as using techniques that can trick the viewer into believing the cake is a sculpture or, in some cases, a real life human," says Sideserf. "I'm sure I'll eventually move on to perfecting a new style – once one piques my interest."

If that sort of rhetoric seems more at place in a gallery than a bakery, that's no surprise. Sideserf's degree is in fine art, and cake is merely her preferred medium – even if a photograph is the only evidence that her sculptures ever existed. There's a whole bunch of technique that goes into her cakes, including baking, icing, sculpting, painting, and airbrushing. But Sideserf says, "The temporary nature is one of the main reasons I am interested in working with cake," she says. "I start with basic scratch ingredients and turn them into a lifelike sculpture that is eventually eaten. It is a unique process. For example, while viewing the cake you use all of your senses: see the cake, hear reactions, smell, touch, and taste it." 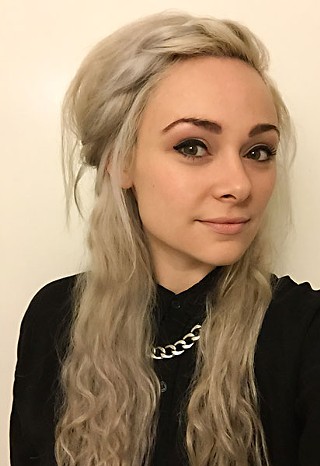 Sideserf's cakes are art objects, but they are also products. One can't help but compare her and cake artists of her ilk to a certain bewigged artist, even if Sideserf doesn't entirely agree. "I wouldn't go as far as to say new Andy Warhols," she says, "but we do (unintentionally) reinforce his ideas. Sculpting with cake is relatively new so I am not surprised cake artists cling to designs that reflect pop culture. It is relatable to most people. In fact, I am frequently torn between the business side of me who wants to create likable cakes, and the fine art side of me who wants to take cake more 'seriously' as an art form."

Even with those fine art inclinations, she's not locking herself up in museums. Sideserf recently competed (and was robbed) on the Food Network's Duff Till Dawn. "Timed cake competitions are a different beast," she says. "Being forced to make a cake in seven hours taught me to approach the design differently than I would a customer's order. I learned to design a cake that will provide me with enough time to incorporate all of the elements needed to create a winning piece. I don't use inedible materials, but it is common for cake competitors to cover Styrofoam and call it 'cake' for a reason." She will be back on the network this fall, but this time not in competition.

And Sideserf still keeps a sense of humor about her work, calling our suggestion of a realistic levitating yogi, "right up [her] alley," and gamely naming Kim as the Kardashian that would make the best cake, "because the comments on Reddit alone could break the Internet." (Her Willie Nelson cake did just that in 2013.) On the subject of Marie Antoinette, however, she was a bit cagier. "All I know is she wouldn't want my severed head wedding cake," said Sideserf. "Too close to home." – Brandon Watson