Balkan Cafe rises to the top 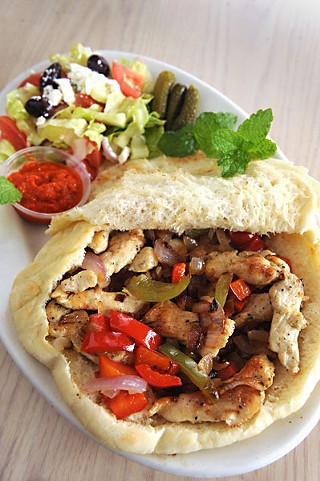 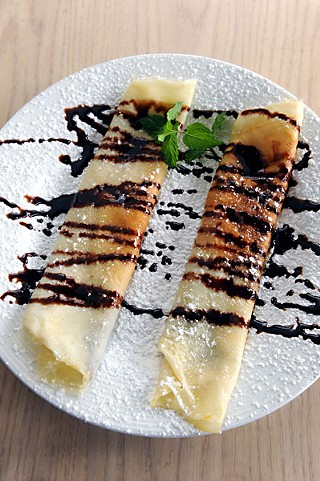 A small compound of businesses arranged in a half circle is tucked away a quarter mile north of Braker, on the west side of North Lamar. Balkan Cafe and Grill is smack-dab in the middle, in a converted house with a ramp in front, and a small covered deck on the south side – framing the whole lamb rotisserie at the far end. Open since Aug. 5, Balkan is generating huge buzz. Once you eat there, you'll see what the fuss is all about. 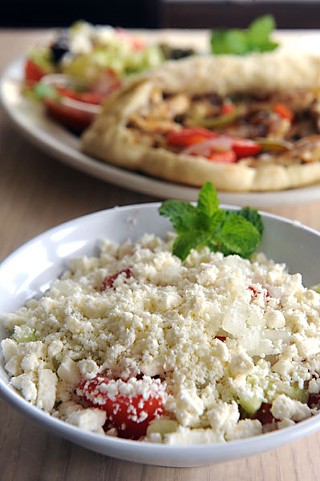 Owner Zivojin "Z" Zekic is of Serbian stock, by way of Austria and Amsterdam. His father Milenko followed a long-lost buddy to Amster­dam, and when that friend decided to make the move to Austin, Milenko packed up the family and followed suit. After a too brief, unsuccessful attempt with his first Balkan cafe in Pflugerville seven years ago, Z has started another chapter, this time with better luck. Z runs the floor and helps wait tables when it's busy. His sister Zakilna and family friend Chloe round out the service team, and the three of them run a tight ship, providing welcoming, attentive, and unobtrusive service. There's a learning curve for those unfamiliar with the dishes, but the staff patiently explains the relatively short menu and offers recommendations. Croatian chef Goran heads up the kitchen, and the food is nothing short of wonderful. 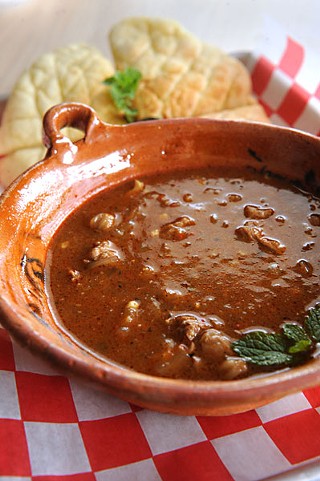 From overhearing most tables ask the question, you'll be prepared in knowing that the Balkans lie in an area shaped like a sloping T, with Greece at the bottom, Macedonia and Albania in the middle, and at the top is Serbia and Montenegro. The right side of the upper arm is Bulgaria, and the left side is made up of Croatia and Bosnia-Herzegovina. Despite most Americans' unfamiliarity with the region, the food won't seem the least bit foreign. It is simply prepared, with clean, fresh flavors that are as comforting as Grandma's Sunday pot roast. 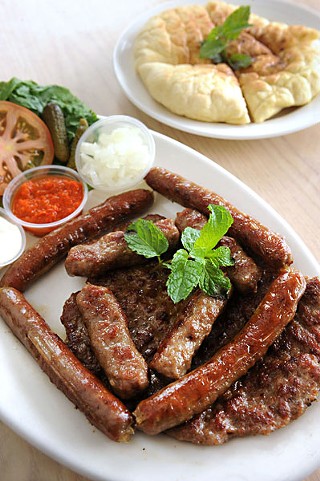 On our first visit, we were hoping for the elusive Saturday-only rotisserie whole lamb (½ lb. $10.99, 1 lb. $19.99). It cooks over mesquite coals on a spit, seasoned only with salt, and the pictures are exceptionally drool-worthy. But it was raining cats and dogs that day, so no luck. We opted instead for the mixed plate ($19.45), which comes with a large patty of pljeskavica (beef and veal, $8.95 as a plate), four cevapi (beef and veal finger-shaped sausages, $8.95 as a plate), and four sudzukice (long, thin beef and veal sausages in lamb casing, $9.99 as a plate). It is a lot of food, and is served with a plate of lepinja bread, ajvar sauce, crème fraîche, onions, sour gherkins, lettuce, and tomato. Although the three meat choices have the same blend of meat, the textures are different and the flavors distinct; and all are very delicious. I recommend extra ajvar sauce (roasted red bell pepper purée with seasonings) because one ramekin is not enough. 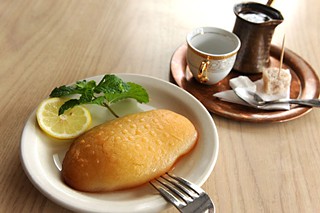 We also split a bowl of gulas ($7.49), a luscious stew of meltingly tender, slow-braised beef, with aromatics, beef stock, tomato, and paprika. We split a Balkan salata ($5.25), which is a platter with two whole roasted and peeled, meaty red bell peppers in garlicky olive oil, two cherry peppers stuffed with whipped feta, and a pile of those addictive sour gherkins. Sop up the oil with the yeasty, thick, pita-like lepinja bread, and your taste buds will be happy.

The next visit had us trying the grilled chicken sandwich ($8.85), a split lepinja bread filled generously with moist, marinated grilled chicken, and caramelized onion and peppers, served with a nice salad. This is one of Austin's best sandwiches. We tried the mixed meat platter again, and once more we were delighted. We wanted to try the djuvec ($6.49), a vegetable stew, but they were slammed the night before and the new batch wasn't ready yet. The Sopska salad ($4.45) is a work of art: chopped crispy cucumber, onion, and tomato, covered in crumbled feta; no dressing, just fantastic flavor. The palacinke crêpes ($4.85) are an extraordinary finish. We opted for one of each: "Euro-cream," which is filled with white-chocolate cream and topped with hazelnut milk chocolate, and the thick plum jam drizzled with rose-hip syrup.

If you've never tried Balkan food before, you will learn to love it as much as we have. The spot is warm and inviting, the beer and wine lists are well-rounded and reasonably priced, the service is spot-on, and the food is amply portioned, well-priced, and jaw-droppingly delicious. Balkan Cafe and Grill has landed a firm spot on our restaurant rotation list.