The Art of the Brew Will Quench Your Aesthetic Thirst 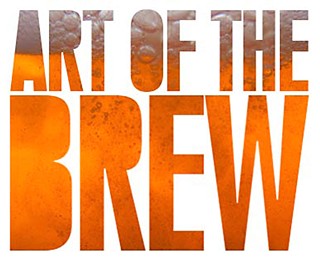 Thirteen Austin microbreweries and their tastiest craft beers. Each brewer paired with a local visual artist. All of the resulting collaborations, both liquid and graphic, presented with live music in an Eastside art compound's beautifully 'scaped environs.

That's the second annual "Art of the Brew," the beery thirst-busting party brought to chill our summer's blazing end by Co-Lab Projects. "Come celebrate with us," says Co-Lab's Sean Gaulager, "with a tasting of brews on the lawn and artwork influenced by the collaboration in the Project Space."

Sounds damn good to us – we're already impressed with the brewers of Black Star Co-op and Jester King and Live Oak and Thirsty Planet and the others – and we're glad Russell Etchen and Haley Householder and Rebecca Marino are among the artists. But, before we head over to the compound at 613 Allen this Saturday (Sept. 6, 3-10pm), we have a few questions, too. Which Austin Nelsen, Co-Lab's director of development and communications, answers right here:

Austin Chronicle: This is the second annual. So the first one went well enough that you decided to do this next iteration?

Austin Nelsen: The first one went very well, and we had so much positive feedback from the brewers, artists, and attendees we couldn't help but bring it back. We have goals to grow it a little more every year by including new artists and new breweries from across the state. We're already planning on having to make a move to a larger venue for next year.

AC: What factors were involved in deciding each brewery/artist pairing?

AN: We try to think about the culture of each brewery, the personalities of the people who work there, and the general mission of what the breweries try to accomplish with their brews. We take these ideas about the breweries and match them with a long list of beer-loving artists who've expressed interest in participating or we think would be a good match for the brewery and the event. Sometimes the brewers and the artists get along in exactly the way we would expect, other times they find something through their talks and brewery visits that we'd have never thought about. Once you get these brewers and artists together, their shared passion for creativity and experimentation really drives the conversation in fascinating and diverse directions.

AC: Any chance of upping the alcohol ante beyond beer in the future? Like, by doing a collaborative event with local tequila/rum/vodka distillers?

AN: While we don't have any plans on incorporating the harder stuff anytime soon, we have some really incredible sponsors and friends that are doing amazing things in that industry – Balcones Distilling, Whitmeyer's, Austin Reserve Gin, and Treaty Oak Distilling – and we feature them in craft cocktails at Co-Lab's regular openings. A slightly more tangible idea that was thrown around at our last meeting was an "Art of the Vine" event. Even we are intrigued at that one, and it's got some wheels turning.