Although Rae Wilson admits she's "inclined to a variety of artistic endeavors," she found her true passion in wine. Even describing her as passionate could be considered an understatement. Soft-spoken and almost shy at first meeting, she will immediately perk up and reveal a bubbly personality and a wealth of knowledge at the slightest mention of Rosé.

From a young age, Wilson started working in restaurants in her native St. Louis, Mo. She quickly became interested in food and beverages, spending her free time reading about gastronomy. She even took a run at brewing beer, spending five years learning the microbrew business at Schlafly Brewery. After discovering the wonders of fermentation, she shifted her focus to wine once relocating to Austin in November 2005. By 2008, she had turned her attention to wine production, making her way to Napa Valley to work the harvest at Artesa, one of the most highly regarded wineries in the area.

This would become her first "classroom," a place to learn the winemaking process from harvest to production. Because Artesa is home to several wineries, including Spain's famous Cava producer Codorníu Winery and Montes Wines, she learned Spanish techniques as well as traditional Napa-style production from a variety of winemakers. Between shifts, she spent time at one of the world's top wine programs – COPIA: The American Center for Wine, Food and the Arts in Napa – earning her advanced certification with the Wine and Spirits Education Trust. Later that year, she earned her certification from the Court of Master Sommeliers.

Wilson returned to Austin soon after completing her certification, working at Cafe Josie and Wink before taking a job as the wine buyer at Whip In. There she not only kept the shelves stocked with interesting finds and great bargains, but installed a by-the-glass program when the cafe and bar opened in 2009. During that period, Wilson held informal bimonthly classes and tastings. Her easygoing style encouraged audience participation and dialogue, and she answered questions without condescension. She quickly garnered a following, with regular customers returning after her "Wine 101" class to pursue a variety of topics - anything from sparkling wines to South American vintages, Italian reds, and of course, Rosé.

But after only five months, Wilson's wanderlust led her to pack her bags and head to Portugal for the fall harvest. "I had always been attracted by Portuguese wines," she recalls, "so I wanted to learn more about them, and it was such an incredible opportunity." Wilson's experience in Portugal was very different from the one in Napa Valley. She had little knowledge of the language and faced a decidedly male-dominated culture. She had to work extra hard to prove herself, being the only female cellar worker at Esporão, one of the country's leading wineries in Alentejo, and Quinta dos Murças in the Douro Valley. That hard work paid off. She not only earned her co-workers' respect and friendship, but gained a vast amount of knowledge and experience, including a very public fall into a fermenting vat and a stint shoveling mud out of the winery after a huge landslide.

Upon her return to Austin, Wilson picked up where she left off with her classes at Whip In, House Wine, and Apothecary Wine Bar. She also founded her own company, Wine for the People, with a goal of making the wine world more accessible. In fact, Wilson played a very important role in changing Austinites' perception of Rosé through classes and small events. Three years ago, Wine for the People's first Rosé party at Whip In was a total success. At this year's party in May, dozens of pink wine fans gathered to sample Rosés from a wide variety of regions and styles. A smiling Wilson mingled through the crowd, talking about every wine as though she had made it herself. At that point, Wilson had approximately 83 different Rosé labels on the shelves. No wonder Whip In is known among customers as the "Pink Mahal."

In 2011, another winemaking opportunity beckoned. This time, it was much closer to home at William Chris Vineyards in Hye. "I wanted to learn more about the Hill Country [American Viticultural Area], and this is one of the best wineries in the area, so it was a perfect fit for me." Wilson worked in all aspects of production and also helped in the tasting room, putting her unique knack for hospitality to use. She even made a small five-case experimental batch of her own wine "out of some leftover Merlot grapes that had been too long on the vine. I knew it wasn't going to be great, but I wanted to play with Texas grapes."

Her winemaking endeavors challenged her regular work schedule, so she refocused her company as a wine consultancy. Currently, she buys and oversees the list at Whip In, Thai Fresh, and Snack Bar. She also developed the lists at Porter Gastropub and Alta's Cafe, where she was asked to put her affinity for natural, organic, and biodynamic wines to work. "I am drawn to natural and organic wines because I am familiar with the practices, and because I actually seek those wines for myself."

While working at William Chris, she got to know most of the Hill Country winemakers and discovered amazing wines that have little to no distribution. It was here that Wilson experienced her "aha" moment, or more accurately the perfect niche to capitalize on her growing love for Texas wine. She saw a gap between boutique producers – like William Chris, Lewis Wines, Compass Rose, and La Cruz de Comal – and the wine-drinking Austin public. She has become a liaison between the two groups by including the wines from the boutique producers in the lists she curates. "I really want to feel that I am contributing to the growing culinary scene in Austin, especially at smaller, independent places whose owners have no knowledge of wine but want to have a good list," she says. "And these small producers are making incredible wines, but have a very small audience. I want to connect these businesses together."

Wilson stays true to her philosophy of keeping things accessible by teaching classes at House Wine on the third Saturday of every month. She also conducts staff training and tastings for her clients. Both Snack Bar and Thai Fresh have seen their wine sales increase, thanks to lists with unique and affordable selections, and staffs that can make informed recommendations. She also finds time to write about wine for Texas Wine & Trail online magazine, and is a member of the Texas Wine Journal, a panel of industry professionals who conduct blind tastings of Texas wines.

Wilson has already taken the next step toward her complete immersion in Texas wines: In April of this year, she planted a co-venture vineyard with a longtime friend. The tiny two-acre vineyard near Pedernales Falls will exclusively produce dry Rosé, as close to organic and biodynamic as possible, made by Wilson herself. There will be no tasting room at the yet-to-be-named winery; this will strictly be a direct-to-Austin market production wine. The vineyard is under the management of the team at Lewis Wines, and is planted with Grenache, Mourvèdre, and Cinsault, varieties that thrive in warmer climates. "Making Rosé just makes sense," says Wilson. "It's perfect for drinking here. The grapes are adapted to our climate, so they will be much easier to grow and produce quality wines, with natural acidity and little manipulation."

Of course Rosé is also the perfect accompaniment to our Central Texas weather and cuisine. And Rae Wilson – by proving herself to be an asset to Austin's culinary culture and fiercely advocating the Texas wine industry – may be its perfect pairing. 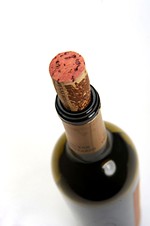 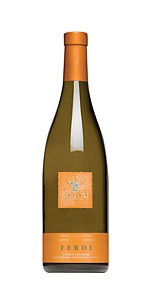 Wine of the Week
Superb $12 Pinot Grigio and Pinot Noir