Modern-day Austin boasts a small but impressive roster of female chefs and restaurateurs, and, thanks to this country's feminist movement and social media innovations, they have a much higher public profile than some of the women who blazed a culinary trail long before Facebook, YouTube, and Twitter. The following five women made an indelible impression on Austin's culinary scene during the third and fourth quarters of the 20th century, and they are by no means the only ones. Whether we're triggering fond memories for you or introducing these women to you for the first time, we think these are names every Austin foodie should know.

This is part of an ongoing series spotlighting women who have shaped Austin food. 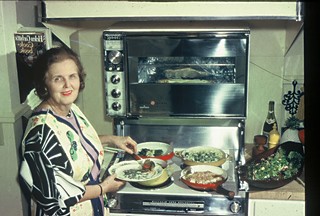 In 1940, this sassy New Yorker came to the University of Texas to teach large-scale cooking and tearoom management. The meals she served at the Tea House on Waller (long since demolished for the school's expansion) developed a loyal following among students, their visiting families, and local Austinites alike. After a few short years in Austin, Corbitt was hired away by the Houston Country Club and then did a stint at the Bayou City's now-defunct Joske's department store, before returning to Austin as director of food service at the legendary Driskill Hotel in the early Fifties. During her tenure there, she attracted the attention of then-Senator Lyndon B. Johnson, who did his best to lure her to cook in Washington on more than one occasion. She turned him down but soon got a job offer she couldn't refuse. Famed Dallas retailer Stanley Marcus hired Helen Corbitt to run the Zodiac Room at the original Neiman Marcus store in 1955. Corbitt established the Zodiac as a fine-dining mecca for discerning Texas socialites, movie stars, and international celebrities during her 15 years there. She also wrote several cookbooks that were must-haves for any serious Texas hostess during the Fifties and Sixties. The contents of Helen Corbitt's kitchen and her collected papers are now on display at the University of North Texas, and in 2000, UNT Press reissued several hundred of her recipes in The Best From Helen Corbitt's Kitchens. And even though the ownership of the Driskill Hotel has changed many times since Corbitt worked there, the 1886 Cafe & Bakery still serves her cheese soup and provides the recipe to guests upon request. 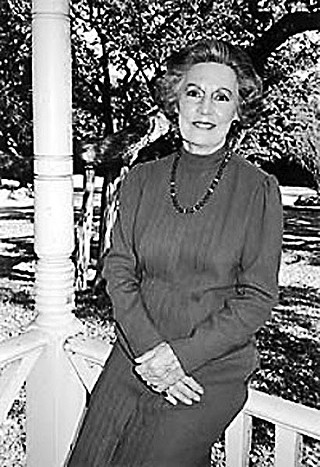 Native Austinite Mary Faulk Koock grew up on her family's estate in South Austin and, shortly after World War II, she and her husband, Chester Koock, turned her ancestral home into a pastoral restaurant called Green Pastures. The Koocks' restaurant was highly regarded for its elegant Southern setting, the wonderful food, and exemplary service. The service was based on Mrs. Koock's gracious hospitality, known to be available to everyone at a time when segregation was the norm. From 1948 until the present day, Green Pastures has hosted weddings, bar mitzvahs, cotillions, church parties, and political fundraisers, entertaining governors and presidents, schoolchildren, and ordinary citizens of all races in the process. Mary and Chester ran the restaurant during the Fifties and Sixties, and in 1965, the famed hostess wrote The Texas Cookbook with the assistance of none other than American cooking expert James Beard. The book was re-released by the University of North Texas Press in 2001 as The Texas Cookbook: From Barbecue to Ban­quet: An Informal View of Dining and Entertaining the Texas Way. When Mary and Chester retired from Green Pastures in 1968, they turned the operation of the well-loved landmark over to their son, Ken Koock, who ran the restaurant for the next 35 years before selling it to his partners, Lee and Bobby Buslett. Mary Faulk Koock remained a fixture in Austin society until her death, and the restaurant she created continues to be a popular celebration venue and hallmark of Texas hospitality to this day. 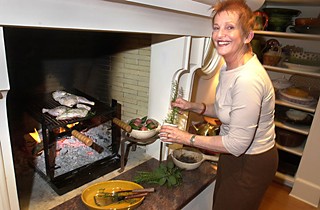 Considering the current number of accredited vocational culinary programs in the Austin area today (five altogether) plus the abundance of recreational cooking instruction available, it might be difficult to imagine a time when our city had only one cooking school of note. After graduation from UT, a few jobs, and some time spent living in France, Ann Clark turned her passion for food, her natural generosity, and a gift for communication into a business at the urging of friends who were eager to share in her knowledge. She began offering instruction in classic French cooking techniques in her home kitchen in 1971, and those classes grew into a school called La Bonne Cuisine in 1973. At first, the school was located in a repurposed shed behind an antique store on West 12th, where it developed a loyal following among Austin's early Seventies foodies. When one of her regular students, Leta Burns, opened a cookware store called Bon Appetit in the new 26 Doors shopping center in 1978, La Bonne Cuisine moved to a small, 12-seat teaching space inside the store. The classes did so well, however, that it was soon necessary to move the school into a larger upstairs space in the center (above what is now Santa Rita Cantina). The bigger room could accommodate more students, and the classes became social occasions with instruction, hands-on participation, wine pairings, and camaraderie. Over the years, people who studied with or assisted Clark in her classes went on to successful careers as restaurateurs, caterers, and teachers themselves. She also generously showcased the talents of other local and national cooking teachers including Lucinda Hutson, Martha Rose Shulman, Robert Pucci, Irene Wong, and Diana Ken­nedy. After Burns sold Bon Appetit in the mid-Eighties, Clark continued to teach in her home west of Austin. She also diversified her business interests, publishing two cookbooks (both now out of print), catering, consulting, and leading culinary tours to Europe. These days, she's one of Austin's premier kitchen designers, working as a conduit between home cooks and kitchen contractors so that home cooks can best experience their own passion for food. 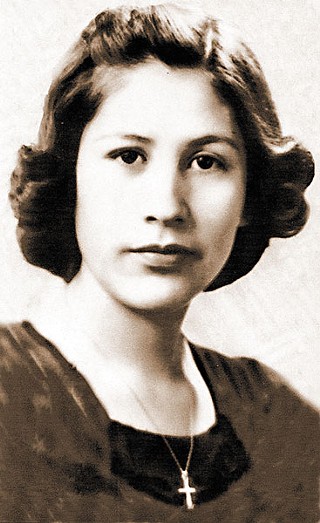 Even old Austinites who don't know her name are likely to remember Carmen Vasquez for her tamales and for the famous deal the savvy businesswoman made in 1988 when she sold the Tamale House property at the corner of Congress Avenue and West First Street (now Cesar Chavez) for the highest price paid for prime Down­town real estate at that time. Carmen was the daughter of longtime local Mexican restaurateur and tortilla factory owner Antonio Villasana and the matriarch of one of Austin's most respected restaurant dynasties. She and her husband, Moses Vasquez, ran the original Tamale House from 1959 to 1988. Three of her children went on to own restaurants of their own (Tamale House No. 2 and No. 3 and Mexico Tipico), and five of her grandchildren carry on the family tradition at the Tamale House East today. Even though labor-intensive tamales actually went out of fashion in the Nineties, and her family's restaurants eventually stopped making them in favor of tacos and enchiladas, Carmen Vasquez's grandchildren have incorporated tamales made with her recipes into the menu at Tamale House East along with dishes created by their mom, Diana Vasquez-Valera, plus some innovations of their own. The original Carmen bequeathed her family a stalwart work ethic, an impressive business acumen, and a legacy of authentic recipes which will likely ensure their success for generations to come. 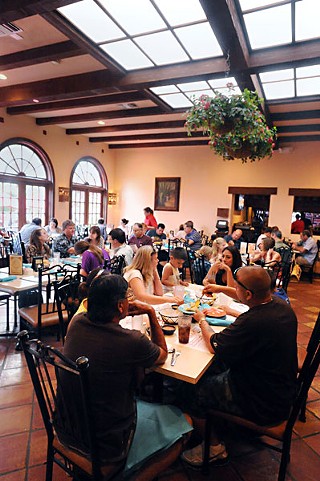 Although Matt Martinez was definitely the public face of Matt's El Rancho, earning the local moniker as the "King of Mexican Food," the guiding force in the restaurant's kitchen was always his wife, Janie Martinez. From the opening of the original 10-seat eatery in 1952 at 302 E. First (near where the Four Seasons now stands on Cesar Chavez) through the 1986 move to the hacienda-style building at 2613 S. Lamar, the kitchen was always Janie Martinez's domain. Her daughter, Cathy Kreitz, shares a family story about the opening of the first restaurant: "Mom was worried because she had never cooked in a restaurant before but Dad told her, 'Just cook like you do at home and we'll never fail.' And he was right," Kreitz says with pride. Janie's menus featured authentic Tex-Mex food augmented by some of her own creations as well as Mexican seafood dishes and specialty items that would become standards at other local Mexican restaurants. "Mom always insisted on the freshest ingredients and making everything from scratch. She never stopped thinking about food, it was her passion. She read cookbooks and food magazines to stay current. Up until she was 90 years old, Mom kept an eye on the quality and consistency of what came out of our kitchen," Kreitz says. In addition to creating one of Austin's landmark restaurants, Janie and Matt Martinez raised four children and passed along a thriving business to subsequent generations. 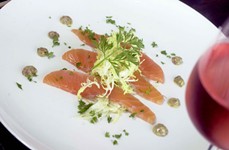 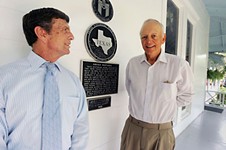