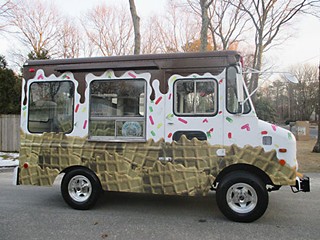 After her investor partners in Aquarelle decided to sell the prime Downtown property that was home to the classy little French restaurant, chef and co-owner Teresa Wilson took her time finding just the right spot for her next venture. She closed the deal to purchase the former Stallion Grill property from Ed and Dolly Golden this spring. The 2,400-square-foot location was developed as a Royal Burger in 1971 and has been home to a host of burger and barbecue concepts over the years. It comes complete with an ample parking lot and a drive-through window. According to Wilson, the interior of the building has been gutted and all the equipment except for the Southern Pride smoker will be replaced. She hopes to have a permit in hand this week so they can get going on the build-out. The new restaurant, Sala and Betty, will serve breakfast, lunch, and dinner; "slow food fast in the drive-through and slow food relaxed in the dining room" is Wilson's description of her concept... She'll be joined in the kitchen by chefs Kristie Sasser and Charles Mahle. The tentative target opening date is late fall of this year or early 2015. Can't wait to have them in the neighborhood.

With the opening of her new Sugar Mama's Bakeshop East (2406 Manor Rd.) imminent, owner Olivia O'Neal was in the market for a truck to serve as both a delivery vehicle and a food truck for catering and special events. She found a retired ice cream truck on eBay and struck a deal with the seller in New York. She shared her name and the seller's location with a couple of shipping companies while she was researching the cheapest way to get the truck to Austin. Unbeknownst to O'Neall, some corrupt and enterprising employees of one of the shipping companies told the seller they had a contract with her and absconded with the truck. They then drove the stolen truck to Dallas and attempted to "ransom" it to O'Neal for $6,000. She was eventually able to talk them down to taking her entire shipping budget of $2,000 and now has the truck in her possession, but it made for a harrowing week. The truck should be refurbished and on the road representing Sugar Mama's when the new spot opens in July.

Speaking of new dessert cafes, progress is being made on two more. Jodi Elliott has found a potential perfect location for her Bribery concept and should have news soon. Christin Rowan-Adams reports that she and business partner/pastry chef Josh Matlock have the zoning variance in place and the necessary parking secured to proceed with Nightcap (1401 W. Sixth), a bar and dessert lounge that will offer savory small plates, desserts, and a full bar. "I spent a lot of time getting to know the folks in the neighborhood association because we wanted to be sure we addressed all of their concerns," said Rowan. The Kenichi alums are shooting for Nightcap to have a late fall opening.