Restaurant Review: To Be or Not to Be (a Gastropub) 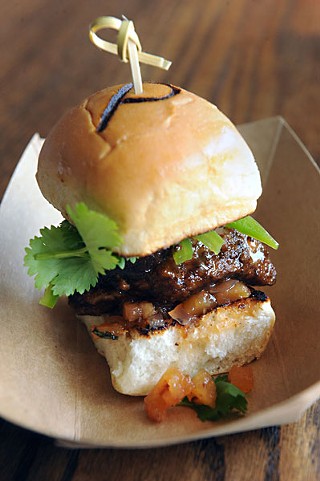 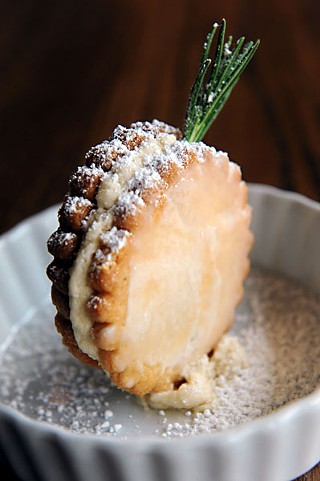 Gastropub is a word that hospitality industry people are using a lot these days. Coined in Nineties Britain when creative young chefs began turning the tired neighborhood pub into places of culinary excitement, the term "gastropub" has since been broadly applied to bars and restaurants both. It seems to be the latest buzzword the bar industry deploys to give menus a much needed crisping. Call it a gastropub and presto: Stale rosters of burgers and quesadillas are freshened up with an eclectic mix of fried calamari, artisanal french fries, and seared tuna salads. On the other hand, restaurants loosely wield the term "gastropub" to confer a sense of informality, but it is often the case that culinary muscle and buzz obscure the pub-ness of the place. According to Webster's dictionary, a gastropub is a "pub, bar, or tavern that offers meals of high quality." In my mind gastropubs are about great food, but they are also about familiarity, comfort, and habit. 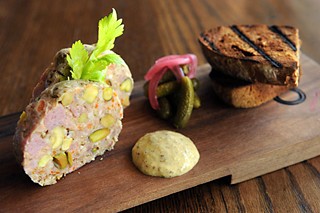 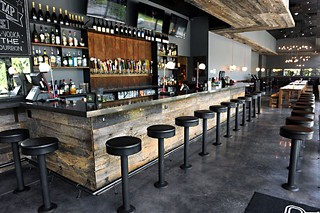 Porter Ale House is a partnership between Texans Neil Joiner and Trevor Lane and New Jersey native Joe Bixel. Joiner and Bixel are in charge of the kitchen, while Lane manages the front of the house. The three met while working in kitchens in both New York and Texas, and like so many Austin restaurateurs, fled the East Coast's corporate scene to launch a more approachable dining concept. Armed with a business plan, they raised investor capital, secured a space in practically no time at all, and went to work on a pub concept serving contemporary comfort cuisine. Not content to cobble together a bar menu featuring the usual yawners, the three partners have come up with a heterogeneous collection of pub grub and classic diner fare, elevated it, and are pairing these dishes with great beers and craft cocktails. 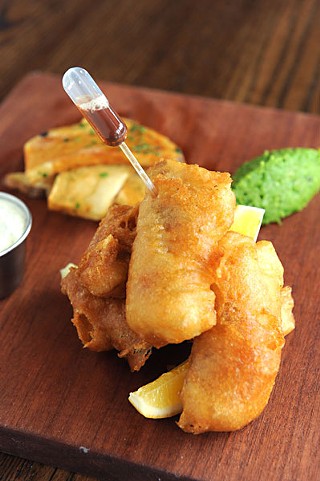 Situated at the vortex of South First Street's apartment alley, Porter has already become a favorite hangout for dinner and late-night snacks. With more than 20 microbrews on tap, a full bar with ample seating, and a battalion of friendly servers, it is easy to cozy up to the bar with friends or alone. But those who go just for the drinks are missing out on half of the attraction: the food.

The menu is essentially an assortment of snacks, small plates, and large plates designed to mix and match for different sized parties and appetites. From spiced nuts ($4) to tender beer-braised short ribs over celery root purée ($22), or spaghetti and meatballs ($18) that would make Nonna glow with pride, every one of the dishes has got a unique signature that makes it downright habit-forming. Potato and cheese pierogi ($10), for instance, are made from scratch daily from Joe Bixel's Polish grandmother's recipe, and served with pickled red horseradish and dill sour cream. Porter serves three pierogi to a plate, lightly pan-fried, and tops them with caramelized onion relish. I could eat these every day. I think I'm not alone; these have easily become one of the restaurant's top sellers.

Delicious sweet and savory pork belly sliders ($5) get an added kick from a sprinkling of crushed coriander. Meanwhile, Porter's house-made country pâté ($7) has a whiff of the exotic, with pistachios and a subtle spicing evoking flavors of the Near East. And let's talk about the roasted beet salad ($9), which has got to be one of my favorites in town. Sure, beet salads are a dime a dozen in Austin these days, but there is something about Porter's particular combination of crushed pistachios, beet puree, and light, citrusy dressing on this salad tossed with goat cheese and roasted beets that I find utterly irresistible. Every flavor is fully balanced.

That same nuance applies to most of the dishes I've tried at Porter. Even fish and chips ($18) are special, served with Meyer lemon remoulade and fresh minted mashed peas. The only aspect of this dish that could have been better executed was the "chips," which were more like soggy potato wedges and really should have been double fried.

Desserts change weekly, if you can make it that far. We tried the Joey Bag O Donuts ($5), which were basically warm beignets served out of a paper bag, accompanied by sticky caramel sauce. Porter has since rolled out a rosemary cornmeal cookie sandwich filled with maple buttercream, and is tinkering with a nostalgic banana split which has yet to be unveiled.

Each time I've been to Porter Ale House I have been consistently impressed not just with the creative menu but also its effective execution. It is easy to see why this comfortable neighborhood gastropub has already developed a dedicated crowd of regulars.