New menus, remodeling, and a fresh crop of weekends for Austin Restaurant Week? Spring has sprung in the Austin foodie scene. 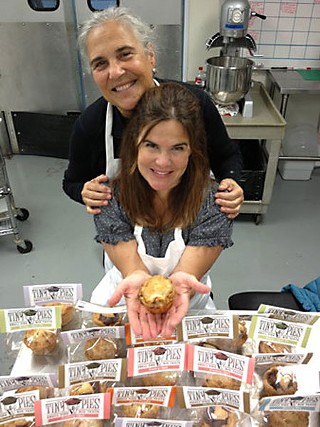 I dropped by Maria's Taco Xpress (2529 S. Lamar) over the weekend to check out the enhancements restaurateur Maria Corbalan has added to her nearly 20-year-old eatery in an effort to keep it relevant in Austin's rapidly changing culinary landscape. The always colorful restaurant exterior is getting a fresh coat of paint, and she's done some landscaping with chile pepper plants. Inside, Corbalan has created a stage for a late-night listening lounge outfitted with quality sound equipment that will feature bookings by Eric Carter. New menu items include some spicy chimichurri meatballs and an avocado half stuffed with shredded chipotle chicken napped with tomatillo cream sauce. Both items pair well with the house margarita lineup, which includes lime, mango, coconut, and cucumber flavors. Maria's After Hours begins offering music April 8.

On the international awards front, kudos to Austin author Rachel Laudan for her recent win at the International Association of Culinary Professionals Cookbook Awards. Her book Cuisine & Empire (University of California Press, $39.95) garnered Best Culinary History honors. We'd also like to give a shout-out to the Jelly Queens for their recent silver medal in Great Britain's Dalemain Marmalade Awards for their blood orange and lavender marmalades. They are the first Texans to win anything in that competition, and they also picked up a prize for the Best Commercial Marmalade Label.

The Austin metro area now boasts two new custom pastry shops. The mother-daughter baking team of Kit Seay and Amanda Bates opened the first brick-and-mortar outlet of their Tiny Pies (5035 Burnet Rd.) last Friday to an enthusiastic reception by the Rosedale and Crestview neighborhoods. They are selling sweet and vegetarian savory pies in a variety of flavors, shapes, and sizes. Out in the Lakeway area, former event planner and cottage baker Heather McClure will celebrate the opening of her new cake and cookie shop called simply Sweet (2127 Lohmans Crossing #310) with a ribbon-cutting at noon on Friday, April 4. She'll be offering entertainment for the kids and complimentary cake and coffee all day.

The hail storm that passed through parts of Central Texas last week did devastating damage to Smith & Smith Farms, wiping out their entire chicken flock. These farmers have been a stalwart at the Downtown Farmers' Market for years, selling chickens and eggs. Be sure to check out Kate Thornberry's "Farmers' Market Report" online this week for information about how the community can help them get back on their feet. 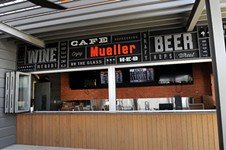