Where Is Your Bartender Drinking Tonight?

Pro Tips on where to find the best crafted cocktails

It seems the old adage is true. Want to know where to get a good drink? Ask a bartender. The good news is that Austin is chock-full of very talented ones: They are motivated, creative, very much into what they do, and – the best news yet – extremely supportive of one another. So, if you do test said adage, make yourself comfortable, because you won't get a short answer. You'll get an enthusiastic, must-try list of bars to visit and staffs to seek out. In many ways, Austin's craft bartenders are kind of like one big, happy family.

"We all know where each other works, and we're all a bunch of badasses," says Joyce Garrison, formerly the high-profile head libationist at the W Hotel, now at Whisler's on East Sixth. "We send guests to other bars and say, 'Tell them we said, What's up?' I'll tell them to go see Carolyn Gil at Weather Up." Jessica Sanders, owner of Drink.Well, increasingly known for its creative craft cocktails, offers immediate options beyond her own bar. "The Blackheart doesn't get nearly the amount of attention it should," she says. "It has one of the best whiskey selections in the city, and Lana Lindsley there is one of the most creative, engaging, and fast bartenders working the stick in Austin."

Dame Sanders also gives big props to the barely opened, much-talked-about Half Step, down busy Rainey Street from the Blackheart. "It is shaping up to be a game-changer for Austin's exploding craft cocktail scene," Sanders says. "The bar staff there is among the best equipped in the city to truly handle off-menu, bespoke cocktails."

Jen Keyser, who now tends bar at Contigo and Midnight Cowboy, agrees: "Half Step is the new industry go-to." A 13-year veteran of the Austin scene, Keyser says Half Step's Chris Bostick has put together "one of the most talented bar staffs in town" and that his custom ice program "makes us bar geeks really freak out." Keyser would also send folks to visit Mariana Guerrero at Firehouse Hostel and Lounge and Jeff Boley at Tapasitas. Once there, Boley would likely suggest trying his current favorite drink, the St. Josh's Loving Cup, which is a daring mix of rye whiskey, pear liqueur, honey syrup, and Bar Keep Chinese bitters.

More than one barkeep suggested a visit to Drink.Well, where Dennis Gobis has perfected the Lazy Dog, a carbonated bourbon and beer concoction that's on tap. They also insisted we check out Garrison and the staff at Whisler's, where, says Keyser, they do a "great job of having options for everyone." Indeed, a Lone Star for only a couple of bucks can be ordered at Whisler's in the same breath as the Cigar Box, a wild concoction of mezcal, lavender bitters, smoked black tea syrup, and a flaming cinnamon stick.

One about-to-open establishment that is on many a local bartender's lips resides inside Whisler's: a yet-to-be named, one-spirit bar upstairs that promises to be in operation in time for South by Southwest. Owner Scranton Twohey, who designed and created the concept of the mezcal-only Bar Illegal years back for Bridget Dunlap, will repeat his inspiration here with a rotating slate of single spirits in the small, intimate space. Serious cocktail aficionados will want to keep an eye out for this one.

Perhaps it's not where the bartenders are actually drinking, but what they're drinking that piques your interest? From what I have gathered, after a long shift, the choice seems to be simple, yet sophisticated: a shot of Fernet and a cold beer. 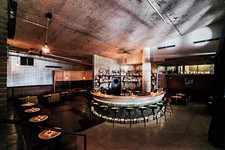 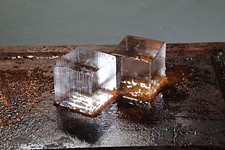