Gear Up, Beer Up 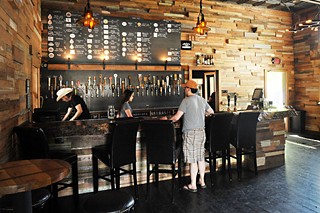 Cheap beer is plentiful during South by Southwest, which kicks off next week, but your taste buds will be better served by sampling the city's diverse craft beer experience. Only a short walk, drive, or metrorail ride away from the Festival epicenter, local brew-haven mainstays remain ripe for the drinking. From 54 taps of Texas beer to the world's first cooperatively owned, worker self-managed brewpub, a visit to these local craft brew hot spots should make even the busiest of itineraries.


Open for just over a year, Craft Pride quickly captivated craft beer loyalists. Recently featured in BeerAdvocate and named one of Draft Magazine's 100 best beer bars in America, the crown jewel of Rainey Street is well worth a visit. Dark and rustic with a touch of midcentury gothic, the feel is both seductive and sublimely Texan. The highly knowledgeable, frequently charming bar staff can help patrons navigate the 54 taps of Texas beer. Two cask engines round out the offerings, which include an expansive and dog-friendly outdoor patio, and that most perfect companion to a session of beer drinking, pizza trailer Via 313. Baked traditionally in square steel automotive parts pans, the Detroit-style pizza is thick crusted and majorly delicious. Try the Carnivore ($15). True to its name, this pie is loaded with pepperoni, ham, hot Italian sausage, and bacon.


More than 100 taps and a truly impressive amount of sausage await at Banger's Sausage House & Beer Garden, another Rainey Street staple. Vegetarian- and gluten-free-friendly, Banger's is a crowd-pleaser. From the communal seating to the hand-pumped traditional cask ales, Banger's waxes heavy on nostalgia. Adhering to international traditions of sausage making, Banger's manages to balance custom with ingenuity. Perfect for a little hair-of-the-dog brunch, pair your South Texas Antelope & Venison Merguez with a custom beer flight.


Perched at the corner of East Fifth and San Marcos streets and marrying two of my favorite fixes, Wright Bros.' Brew & Brew offers both specialty coffee and craft beer. Founded by brothers Matthew and Grady Wright, along with Matthew Bolick, 39 taps are dedicated to craft beer with a rotating list of seasonal and rare beers. Retail bottles, wine, and cider are also available, along with a full espresso bar and roasts from local Flat Track Coffee, as well as Sightglass and De La Paz of San Francisco. Serving breakfast, lunch, and dinner, the menu includes granola and select pastries, straightforward sandwiches, a selection of snacks (hummus, olives, spiced pecans, etc.), and charcuterie. Boasting a loyal fanbase and busy front door, Brew & Brew is particularly notable for creating a space highly conducive to conversing, networking, and people-watching. Don't miss Pint Night on Mondays – three different beers offered for $3 each.


It's easy to see why Easy Tiger's motto – "Slow down and stay awhile" – is so enticing. Located just a half a mile from the Convention Center, this is a craft beer mecca – and with pingpong, to boot! The beer garden, perfect for hanging out or working on a beautiful day, will likely be packed, but the inside is a nice, cozy balance. Enjoy a pretzel from the Bake Shop with a duck and fennel sausage alongside your selection from the 33 beers on draft. 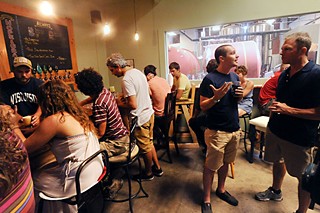 Serving up The One They Call Zoe, Pale Dog, Greenhouse IPA, and Alt-eration (winner of the 2012 World Beer Cup Gold Medal in its category) among other experimental brews, a trip to Hops & Grain is obligatory. One of the only breweries near the Downtown area, beer lovers can pop into this Eastside brewery's brand-new 2,000 square foot tap room every Wednesday through Friday from 2-8pm and Saturdays from noon-6pm. Free to the public, tours take place Saturdays at 1, 3, and 5pm. Leading with a strong focus on sustainability, Hops & Grain beers are creative, complex, and equally delicious. Rumor has it the brewery will be hosting an unofficial SXSW event. Fingers crossed. 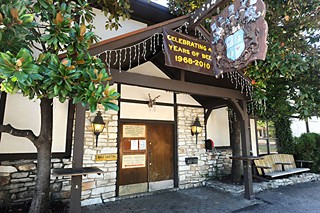 A 10-minute drive from the Austin Convention Center, you may stand in line at this cherished tavern, but like all good things, it's worth the wait. No room inside or on the light-bespeckled patio? No worries. Just pull down your tailgate, and set up shop there. With 70 taps, 45 years of experience, and a rotating cast of food trucks that includes the Best Wurst, the Peached Tortilla, Garbo's Lobster Truck, Guac N Roll, and East Side King, out-of-towners can feel like locals at this ultimate neighborhood haunt. 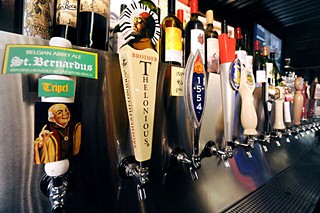 This highly revered craft beer destination specializes in hard-to-find specialty brews from its market, local and organic fare from the pub, and award-winning beers from the brewing branch of the enterprise, Kamala Brewing. A gold medal winner at the Great American Beer Festival for their Bitterama, a classic ESB made with bergamot, the Whip In is well worth the three-minute drive from the Convention Center. The cuisine – authentic Indian with Texas flair – is expertly executed. Also a live music venue, the Whip In hosts a SXSudsWhipIn Tunes & Brews Fest March 12-16. 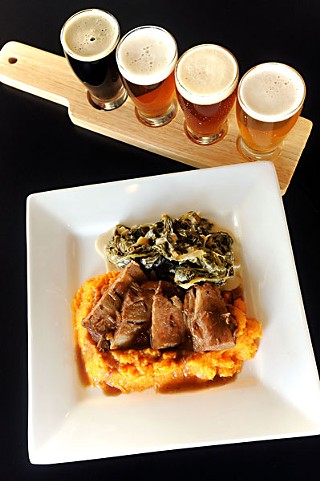 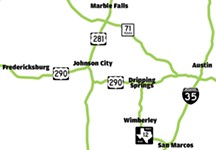 Hops to It
The gospel of good beer is spreading 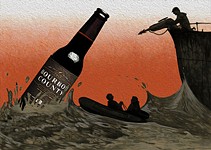 Killer Whales
Is the hunt for rare beers hurting the communal spirit?