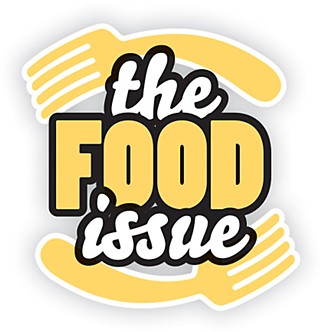 "It isn't cricket," the Brits say about something unfair. But much of what will be cooked up for this fancy soirée and celebration of entomophagy, presented by Toronto-based Alimentary Initiatives at Downtown's industrially elegant Brazos Hall on Wednesday, Feb. 19, is cricket. Literally: the crawling kind of cricket of the insect order Orthoptera – with the wings and the legs and the chirping and so on. And it would be unfair to characterize its taste, when properly prepared, as anything other than delicious.

Of course, one of the chefs for this Future Food Salon is Sonya Coté of Eden East and Hillside Farmacy, so pretty much anything that's cooked up is likely to send your tastebuds to paradise. Meanwhile, your eyes and ears will be treated to a wealth of new information as presented by visiting guests Pat Crowley of Chapul Bars, David George Gordon of The Eat-a-Bug Cookbook, Daniella Martin of Girl Meets Bug, Harman Johar of World Entomophagy, Katharina Unger of Farm 432, and other celebrities from the burgeoning insectivore scene. 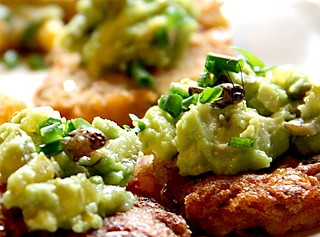 Yes, burgeoning. Because, as noted in a much-publicized report from the United Nations' Food & Agriculture Organization, the eating of insects is a highly relevant issue in the 21st century due to the rising cost of animal protein, food insecurity, environmental pressures, population growth, and increasing demand for protein among the middle classes. And here in the so-called first world, a growing number of organizations are addressing that relevance by promoting entomophagy via education, entertaining outreach, and marketplace gambits as basic as coating edible bugs in the finest of chocolate and offering them for sale in attractively designed packages. They're not quite taking the greater culinary community by storm (or swarm) yet, and they're working vigorously to extend general public perception beyond the bounds of novelty; but then, as the ento-folk like to point out, this is much the way it worked with the introduction of sushi and yogurt back in the day.

(Note: Due to USDA standards regarding the number of insect parts allowable in such food products as peanut butter and flour and more, it's reckoned that Americans eat about 400 bugs a year anyway. Everyone's already an accidental entomophage; it's just that the early adopters among the culinary smart set are doing it intentionally.) 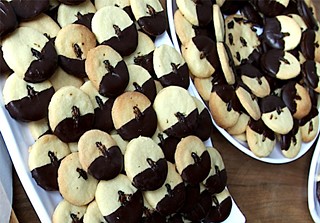 Oh, and this salon isn't being held in the ATX because it's someone's idea of "keeping Austin weird," nor only because Austin is, naturally, a culinarily and socially progressive place. No, it's also to celebrate local bug-farming company Little Herds' recent designation as North America's first entomophagy-based nonprofit charity. Which is why that group's founder, the affable Robert Nathan Allen, is one of the evening's hosts. Aruna Handa, founder of Alimentary Initiatives (who've previously held Future Food Salons in Toronto and NYC), is the co-host. (Full disclosure: Your reporter Brenner will be emceeing the proceedings, as suavely as a person can while worrying that there's a bit of spinach or arthropod chitin stuck to his teeth.)

"The Future Food Salon Group," the Alimentary website informs, "emerged from an interest to examine and taste what we may be eating in the future in the context of a diverse group of artists, activists, chefs and culture thinkers, recognizing that the current food system and choices are not sustainable for a growing global population and a finite planet." And here in Austin, with the night's libations provided by Treaty Oak Distilling and Lagunitas Brewing, with live music from Mighty Mountain and Sour Bridges, and with an array of visual art provided by Art.Science.Gallery., we reckon the examining and tasting's going to be damned enjoyable indeed.