As vegan diets gain more and more traction in the general consciousness of American eaters, more and more vegan cookbooks make their way onto bookstore shelves and into the hands of adventurous cooks looking for plant-based alternatives to their favorite foods. Two vegan cookbooks, alike in their cruelty-free approach to eating, emerged this year, wildly different in tone and content.

Bake and Destroy: Good Food for Bad Vegans belongs to that school of vegan bloggers, cookbook authors, and entrepreneurs that adopts the discourse of the punk subculture as its prevailing ethos (see also: Isa Chandra Moskowitz and the Post Punk Kitchen, Thug Kitchen, and Austin's own Vegan Yacht). Much of this punk ethos is rooted in an emphasis on DIY and anti-consumerism, which is why it's somewhat disconcerting to see the pages of this particular cookbook splashed with Bake and Destroy-branded crockery (the site that launched it all, BakeandDestroy.com, has a shop full of branded t-shirts, aprons, onesies, and smartphone cases).

Author/blogger Natalie Slater, basically a walking tattoo, offers up a dessert-forward approach to vegan eating, kicking things off with a menagerie of cupcakes and treats, from banana bread french toast cupcakes to Cujo Chow, a tasty, coconut-studded riff on Chex Mix that my family particularly enjoyed. Savory recipes come later in the book, with crazy concoctions like french fry tacos, falafel waffles (I would be loath to use a waffle iron for anything other than actual waffles, but I also make no claims to punk cred), and a tantalizing-looking samosa potpie.

Slater's tone is cutesy, as befits a cookbook authored by a food blogger, and obviously geared toward a young audience, but many of her recipes seem fussier than they need to be. That said, I'm always looking for new and interesting ways to incorporate Chick-O-Sticks into my diet, so rest assured there's a Chick-O-Cheesecake in my future.

Conversely, The Vegan Divas Cookbook, by New York-based pastry chef and restaurateur Fernanda Capobianco, adopts a much more professional stance and is a bit more refined in tone. There's also less of an emphasis on junk food here, despite the presence of copious cakes, cupcakes, parfaits, and tortes inspired by Capobianco's Upper East Side Vegan Divas bakery. A special favorite in our house is the Applesauce Cake, which tastes only slightly like health food and is flavorful and moist.

Capobianco, who is married to the famous chef François Payard, shifts effortlessly from brunch foods like gluten-free muffins to tofu yogurt to afternoon snacks like pineapple squares and chocolate-covered matzo with sea salt and almonds, before moving on to savory mains, soups, salads, and breads. The spicy pumpkin bread would make a great hostess gift or holiday dessert, and the recipe yields two loaves, making it perfect for sharing.

The images in Vegan Divas are sleek and classy, all soft focus and clean lines and close-ups of desserts so luscious you want to pluck them up and chomp. Some of Capobianco's ingredients are a bit spendy and might be hard to find, but that's what makes her "diva-licious," I suppose.

Here we have two vegan cookbooks, both alike in dignity, but with wildly divergent audiences – and that's why they can coexist. There's something for everyone. 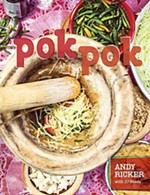