Comings and goings at local kitchens It's a stream-of-consciousness column of local chef and restaurant news this week. Ran into former Trace at the W pastry chef Janina O'Leary at Sunday's Wine & Swine, where her scrumptious desserts were flying off the table. O'Leary says she's decided to stay in Austin and will be ready to announce her future plans soon. In other news from the W, award-winning libationist Joyce Garrison has left there but no word where she'll go next. Speaking of Wine & Swine, I found the rustic Ceres Park Ranch venue somewhat difficult to navigate on the scooter, but the food and company were wonderful, as always. Chef Jason Dady of the Jason Dady restaurants in San Antonio took home the Greenling Fan Favorite Award – the $1,000 prize provided by the Texas Pork Producers Association – and Stone House Vineyard's Claros was chosen as Best Wine With Swine for the afternoon.

Chef couple Allison Heaton (Whole Foods Culinary Center) and Joshua Thomas (Chaat Shop) introduced their new baby daughter, Maya, to folks at her first sip and stroll event. Thomas reports he'll soon be moving his Chaat Shop food trailer from the Barton Springs Neighborhood Food Court in hopes of finding greater visibility and more foot traffic. We'll keep you posted about his relocation... Chefs Michael Fojtas­ek and Grae Nonas of the eagerly anticipated ­Olamaie (1610 San Antonio) said they're in the final push toward finishing the restaurant and are shooting for an early 2014 opening date. Pastry chef Laura Sawicki reports that she and her business partner, chef Rene Ortiz, are looking forward to festival season being over so they can focus their energies on their joint Cochi Superstar project, slated for summer 2014... Another chef couple has left Austin, this time for San Francisco: Jen Jackson has been replaced by chef Rebecca Meeker and forager Libbey Goldberg at the Josephine House (1601 Water­ston), and chef Josh Jones has taken over for Alex Jackson at Salt & Time (1912 E. Seventh)... Since chef Paul Hargrove and barman Alfonso Hernandez left East Side Show Room to pursue their own Pleasant Storage Room in the Warehouse District (208 W. Fourth), chef Fermin Nunez has moved up to the top spot at ESSR (1100 E. Sixth) and revamped the menu. He also begins a monthly guest chef dinner series and will welcome sous chef Joaquin Ceballos to the ESSR kitchen on Sunday, Nov. 24... Le Cordon Bleu College of Culinary Arts chef/instructor David Waggoner kicked off a series of Neon Nights dinners around a fire pit outside the brightly lit Roadhouse Relics (1720 S. First) last Sunday.

Driving west on Sixth Street from I-35, I couldn't help but notice some changes. Jazz-age-themed nightclub the Gatsby (708 E. Sixth), is the newest nightspot in that neighborhood, but after 20 years, the Boiling Pot (700 E. Sixth) has closed due to a death in the owner's family; that space is now up for lease. We also hear that El Sol y la Luna (600 E. Sixth) is struggling with the high cost of doing business in the historic entertainment district, so if it's one of your favorites, now would be the time to show it some love. 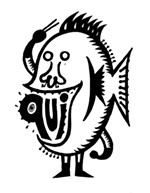 Food-O-File
Problems at Austin's Pizza, Peached Tortilla primed for TV, and – what else? – barbecue news