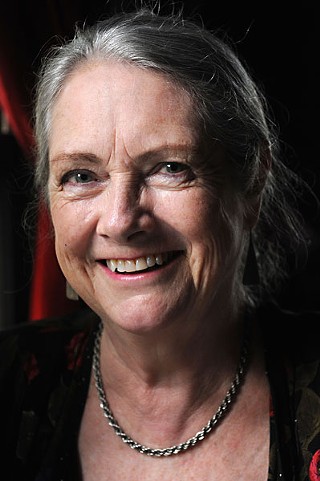 Rachel Laudan asks big questions. How do we define food? What does cooking mean? How and why do food technologies evolve and change? How do cuisines migrate? What connects cuisines with politics, economics, and religion? And how is food an essential tool for understanding an entire culture?

As a spin-off of a distinguished academic career in history of science and technology, Laudan began thinking and writing about food about 20 years ago. Her new book, Cuisine & Empire: Cooking in World History (University of California Press), represents her efforts to answer these big questions in the context of the past 5,000 years.

Laudan believes that technologies developed to solve problems and that cooking "is one of the most important of our technologies." With some exceptions, converting plants, crops, and animals into digestible and palatable foods always has been a human problem – we can't digest wheat or other grains without grinding them first, and we can't simply bite into the hind leg of a pig. Laudan defines "cooking" not just as applying heat, but also as many ways of converting/processing ingredients – like salting, fermenting, grinding, pounding, cutting, soaking, drying, freezing, preserving, combining. "Domestication and cultivation is cooking, too," she says.

As a food historian, Laudan has something of an unusual personal perspective on the cultivation and processing of food. She grew up in the Fifties on a traditional family farm that raised crops and dairy cattle in southwestern England. "I grew up in a premodern world, but I didn't realize it until later when I taught social history," she says. "I saw the last gasp of agrarian society in England."

Her Cambridge-educated father believed that farming was "the highest calling." The family was food-obsessed, maintaining very high standards even in the lean post-World War II years – her mother made everything from scratch, down to churning butter. "But I saw the downside of that, too," Laudan says. "It created drudgery for my mother. She cooked three meals a day, 365 days a year, for up to 10 people – the family and farmhands. At least she could buy bread.

Laudan tells the story of how her intellectually curious father once decided to make some flour from the wheat that he grew. He tried crushing it with a mortar and pestle, putting it through the hand-cranked meat grinder, and ultimately, bashing it with a hammer on the flagstone floor, all to no avail. "It's a great illustration of how the appropriate technology – the grindstone – was developed early to feed the world's populations, who got most of their calories from grain." "I always had a strong sense of living in history," says Laudan. "The farm yielded washtubs full of prehistoric flints, Celtic and Roman artifacts. And at my first school, we played in the cloisters of Salisbury Cathedral [constructed in the 13th century]. History is the intellectual thread that runs through my life and my work. History is how I understand things."

At 18, Laudan went to Nigeria for a year with Voluntary Service Overseas (similar to the Peace Corps) to teach in a girls' high school. "It certainly changed my world view," she says. Going on to pursue science and math at Bristol University, "I was the first girl in the geology department and one of the few studying geology in the country. Then I did one course in the history and philosophy of science and realized I was more interested in how science worked rather than actually doing science." She earned a Ph.D. in history and philosophy of science from the University of London.

For more than two decades, Laudan taught history, philosophy, and science at several universities in the United States, including Carnegie Mellon, University of Pittsburgh, and Virginia Tech. It was while on the science faculty at University of Hawaii that she became intrigued by the complex foodways of this most-remote inhabited spot on Earth. In 1996, Laudan wrote her first non-academic book, The Food of Paradise: Exploring Hawaii's Culinary Heritage. It wasn't easy finding a publisher; food history was barely a gleam in anyone's eye at the time. The book received several awards, including the International Association of Culinary Professionals' Jane Grigson/Julia Child Award for Distinguished Food Scholarship. (Disclosure: This writer's discovery of the book in 1998 was a primary motivator to begin studying and writing about food history.)

Laudan explains that there are two approaches to studying history: the big picture and the minuscule picture, and one must move back and forth between big and small views. To use a geography example, you can scrutinize a tiny region or you can look at things on a vast, tectonic-plate level. "I began wondering if I could understand worldwide food history on a tectonic-plate level in the same way I came to understand Hawaiian food history."

In the mid-Nineties, Laudan and her husband Larry Laudan, a philosopher of science, both resigned their academic positions to become independent scholars. They moved to Mexico, continuing to write and to teach as visiting lecturers in the U.S., Mexico, Spain, and Argentina.

Rachel Laudan continued the work on a massive undertaking that evolved into Cuisine & Empire. "Writing the book in Mexico had a huge advantage: I was outside the normal currents, not responding to the issues of the moment, at a distance from the swirl of foodie discussion in the U.S. The disadvantage was that I didn't have colleagues and students to bounce ideas on." But she did have an extensive online network, and the Laudans traveled to Austin annually to teach and use available resources. In 2012, they moved here permanently.

Now that the decadelong project is finished and released, Laudan's making plans for book touring and speaking engagements around the country. She's enjoying exploring the culture (food and otherwise) of her new home in Texas, and she's a visiting scholar at UT's Long Institute of Latin American Studies.

Somewhat unusually for an academic, Laudan maintains an active blog titled A Historian's Take on Food and Food Politics (www.rachellaudan.com) where she posts regularly. "Writing down my thoughts is wonderfully helpful in clarifying what puzzles me. ... So here you'll find me trying to work through all kinds of unfinished business. ... In my dream world, blogs are a way of building an intellectual community that transcends geographical and institutional boundaries."

As for her work in Cuisine & Empire, Laudan feels like the discussion is just beginning. "I don't care that much if I'm wrong, it's better than being confused or adding nothing. The good thing about any piece of work is that it stimulates other work, discussion, and correction."

Read Food Editor Virginia B. Wood's review of Cuisine & Empire at On the Range, the Chronicle's Food blog.

Cuisine & Empire, The Food of Paradise