Scott Willis Wants to Be the Tito of Tequila

Sipping tequila with the spirited founder of 512 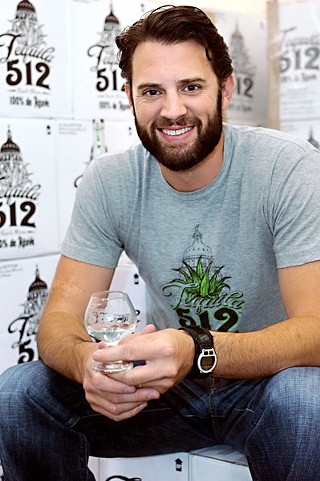 Like so many Austinites, Scott Willis originally came here for the music. "I wanted to get into the music business," he says, "but I can't play any instruments, so I decided I'd try to get into the business side of it, booking acts or management, something like that." He figured that, since he and Pat Green were both Red Raiders, that maybe Green would give him a shot. Green graciously did give him a chance, but instead of handling bookings and going on tours, Willis ended up working on websites, and the wage was so low he had to supplement his income with extra jobs manning the front door of rock & roll clubs until the wee hours of the morning.

So now he was a broke insomniac getting nowhere. He decided to try high-tech for a while, but he had moved to Austin for the music and the nightlife, not to slave away at Dell or Apple. Then Willis got some encouragement to follow a career dream from his girlfriend (now wife), Lauren Pfeifle. After reading an article on Tito Beveridge, Willis became obsessed with getting into the liquor business. But he wanted to make tequila, one with "no gimmicks, just premium quality tequila, packaged attractively and sold at a reasonable price." That tequila would eventually become Tequila 512, the name a nod to Willis' fierce pride in his adopted hometown.

Willis received a complicated education in the art of making tequila. "I found an American expat online who lived in the Tequila area. He agreed to drive me around to distilleries and introduce me to the proper people," he explains. "We met him for the first time in person when we landed at the Guadalajara airport. He picked us up in an old beat-up pickup truck and we began driving the long road to Tequila. I have to admit I was a little nervous about where we were headed and was second guessing my decision to get in the car with a guy I met online. But, true to his word, he drove us around Tequila country. After that first initial visit and meeting, we never spoke to or heard from him again. He did, however, introduce us to the distillery we ended up going with." 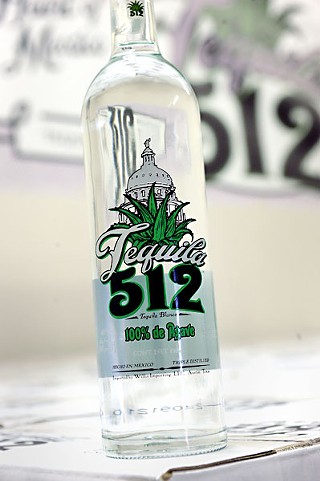 Willis worked with the Mexican distiller until he felt he had the flavor he was looking for, and then the distiller put his concept into production. In the meantime, he ran into frenzied problems with bottle design as well as Mexican businessmen with a penchant for arcane ways of extracting a few extra pesos from a young, green, gabacho entrepreneur.

As we sit down to taste his tequila, Willis notices we have a bottle of blanco tequila he hasn't tasted before. I offer to pour it along with the 512. Most folks might think it could be an unfair test since the one he hasn't tasted costs five times what 512 costs, but Willis is confident, so we go ahead and try them together. We taste the expensive version first, and it is lovely tequila, complex and filled with gorgeous aromas. Then we taste Tequila 512, which runs under $30 a bottle, and it stands equal to the expensive brand.

The 512 has an intense agave and white-pepper smell that marks the best tequilas. Obviously some judges agree. In the scant nine months Tequila 512 has been on the market, it has won the 2012 Best Blanco Tequila at Austin Tequila Fest, a 2013 Gold Medal at the San Francisco World Spirits Competition, and, as of last week, a 2013 Gold Medal at the SIP Awards in Las Vegas. Even with those awards, given the fact that there are now around a dozen tequila makers/importers in Texas, 512 is going to have plenty of competition.

Willis is out in the community all the time, sharing his passion for tequila, and if you are lucky, some of the liquor as well. In the meantime, you can find where to buy Tequila 512 on the website, www.tequila512.com.

When trying to evaluate the quality of a distillery, always try blanco tequilas first. Blanco tequilas (also called plata or silver) are the purest version of the liquor. Reposado and añejo versions are aged in wood, often in barrels previously used by a Bourbon- or wine-maker, so they can end up tasting more like the pre-soaked wood than the agave.