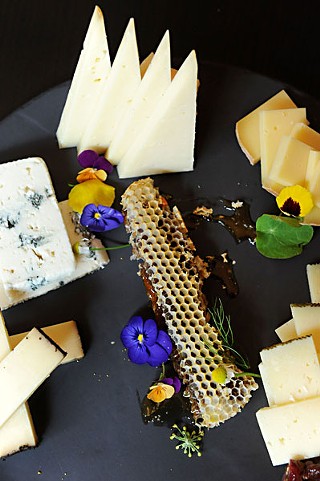 When Austin's first streets were laid out in 1839, one of the blocks just north of the Colorado River was bounded east and west by Lavaca and Guadalupe Streets, north and south by Cypress and Live Oak (now 2nd and 3rd Streets). For decades, maps indicate just a few scattered structures on the block. It's likely these semi-rural dwellings were surrounded by garden plots and wooded vacant lots, and it isn't hard to imagine bees there doing what bees do best – visiting blossoms, pollinating plants and crops, and delivering gathered nectar to their hives to make honey.

Honeybees (apis mellifera) weren't native to North America but they arrived courtesy of European settlers in the early 1600s. Bees were documented in Texas at least by the 1820s; they'd migrated north from Mexico or west from the American South. In her memoirs, Mary Austin Holley (Stephen F. Austin's cousin) described favorable conditions where feral bees flourished – abundant flora, dappled shade, sources of water. Although honey wasn't much mentioned in documents of early Texan diets, that began to change with the 1856 arrival of German apiculturist Wilhelm Bruckish, who settled in New Braunfels and commenced serious beekeeping. 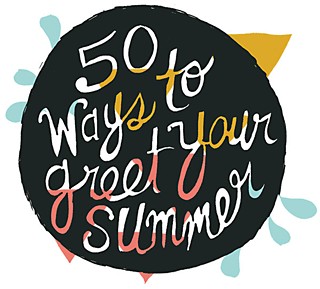 In Austin, there've been some pretty big changes on that formerly bucolic block west of Congress Avenue. As the city grew, the spot passed through a series of ever more densely populated phases. The latest incarnation is about as urban as it gets: the megalithic Block 21 development includes the towering W Hotel and condos, Austin City Limits Live at the Moody Theater, restaurants, shops, and an underground parking garage.

With one of the best views in the city, they're busy making honey high in the sky. Ten hives are ensconced on the 37th-story roof of the W Hotel and Residences, and there's a veritable bee highway between the skyborne apiary and the verdant banks of Lady Bird Lake. The Austin W isn't the first hotel in a major city to install an apiary, but it's the first one here, and the maiden honey crop will be harvested in June. 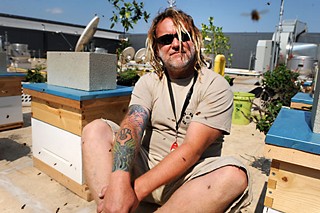 According to Beau Armstrong, CEO of Stratus Properties (developer of Block 21), the idea of rooftop bees was conceived and implemented by beekeeper Walter Schumacher of Central Texas Bee Rescue, the City of Austin, and the W's "green team," spearheaded by Forager/Food Buyer Valerie Broussard and Director of Beverage and Food Sean Bradshaw. "Like many good things, it was a collaborative effort," Armstrong says. "Installing the apiary is another step in our continuing journey to be leaders in sustainable practices."

From its beginnings, Block 21 was intended to be a benchmark for environmental responsibility, and it has indeed instituted serious sustainability initiatives. The million-square-foot structure, designed by Austin architecture and design studio Andersson-Wise, is the first mixed-use building of its kind to earn a LEED (Leadership in Energy and Environmental Design) Silver Certification from the U.S. Green Building Council; it's also the largest project to receive a Four Star rating from Austin Energy for efficient water and energy use. Via comprehensive composting and recycling practices, an impressive 70% of the building's waste is diverted from the landfill. A large part of Broussard's job is developing relationships with local food producers and facilitating local sourcing; she's the only forager in the nationwide W Hotel system.

So the bees on the roof of the W fit right in with the larger goals. Schumacher, who maintains the hives and harvests the honey, heads Central Texas Bee Rescue (CTBR), a nonprofit organization committed to saving and relocating feral hives. (Reflecting international concern about honeybee devastation, the Austin City Council passed an ordinance in 2012 that mandates relocating feral bees rather than exterminating them, common practice in the past.) Block 21's relationship with CTBR is such that profits from the apiary will support rescuing and removing bees, thus "protecting their future and allowing our organization to be self-sustaining," says Shumacher. The rooftop hives are rescued local colonies.

Since about 2006, countless millions of bees around the world have died from Colony Collapse Disorder (CCD), a much studied phenomenon that's been attributed to disease, pesticides, and industrial agricultural practices. There's increasing concern about the impact of CCD on world food supplies; most of the 100 most important food crops depend on insect pollination for successful harvest.

Just this past month, CCD has been much in the news. For 10 years, annual hive losses were 30% or more, considerably higher than normal or sustainable. But last winter, many U.S. beekeepers experienced 40-50% losses. The first week in May, the European Commission passed a two-year ban on use of neonicotinoids, pesticides thought to be a leading causes of CCD. The same week, a U.S. Environmental Protection Agency report concluded that American honeybee devastation results from a combination of factors: pesticides, parasites, poor nutrition, and lack of genetic diversity.

It should be noted that the honeybee crisis is most prevalent in large commercial apiaries that supply pollination services to agriculture. Nonetheless, maintaining healthy small-scale bee populations is an important contribution to local – and planet – ecology.

Shumacher expects the apiary to produce several hundred pounds of honey this year – what's going to happen to it? Food service is a natural destination: Chef Lawrence Kocurek of Trace Restaurant says, "We're going to feature the honey on our brunch and breakfast menus ... and in some glazes and dinner items." Tiny honeypots will be incorporated into room service, and souvenir jars will be available for sale. Libationist Joyce Garrison is dreaming up honey-informed cocktails for the Secret Bar at the W; the Green Bee (citron vodka, cucumber, basil, honey, and lemon juice) is already on the menu.

Honey as a wellness and beauty enhancer has been known since Cleopatra's infamous milk and honey baths. Candice Betz, director of the hotel's Away Spa, is enthusiastic about incorporating the honey into spa treatments. "Honey is anti-microbial, antioxidant, and a humectant [moisture retainer]. And this honey is as local as you can get."

Broussard can observe the bees pollinating the herb garden on the fourth floor terrace; there are plans to add another garden on the roof, along with a "bee water park," a small pool collected from air-conditioning system runoff. When the June honey harvest comes in, there will be a celebratory bash on Thursday, June 13, featuring complimentary bites and cocktails made with honey, as well as a screening of a new short film by Austin filmmaker Christian Remde about the apiary. And if party planners are looking for ideas, we think a Black and Yellow Ball might be an appropriate way to honor the hardworking bees of Block 21.