In the trenches with those who know where to go

As our city prepares for the thousands of visitors for South by Southwest this year, we know that many of those in attendance will be every bit as excited about our food and restaurant scene as they will be for any band, film, or seminar. Seeking advice on where to dine, visitors will surely turn to The Austin Chronicle, other publications, websites, or local blogs to find out what not to miss. This year, along with making our own list of South by Southwest hot spots, we've turned to the true gatekeepers of our city for out-of-towners: hotel concierges. Jessi Cape and I interviewed a select few in the past weeks and discovered where they would send folks with only a few days in which to experience Austin. – G.S.


Elizabeth Fudell has worked for the Four Seasons as a concierge for over two years, but as a native Austinite, she is more than confident in her knowledge of restaurant and food culture. While people are often looking for places within walking distance of the hotel, she tells guests: "It is absolutely worth getting in a car, if you can, and driving out to Lockhart for barbecue." She says a great number of restaurant inquiries are for Tex-Mex and barbecue. She suggests Polvos and Matt's El Rancho, but also sends guests to the closer-by Manuel's. "It is hands down the best mole I have ever had," Fudell insists. "I also love sending people to parkside. People love their high-touch, low-tech approach. They know their customer service and their food." She admits that South by Southwest brings a more eclectic group to her desk seeking advice, and, as with any guest service, reading the customer is the most important skill. "We have a six-page book behind the desk right now with just trailer recommendations, she says, "because some people just want to drink Lone Star and hang at the Best Wurst trailer." 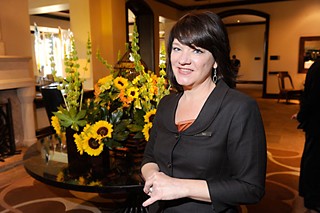 Daisy Undercuffler, a self-admitted "food snob on a budget" has worked as a concierge for the Four Seasons for over eight years and is particularly keyed into the music and restaurant scene. She gets excited for South by Southwest and being able to recommend places that she wouldn't necessarily recommend any other time of year. "It's interesting – year after year, people want to know what's new. We're finding people are really interested in the Eastside and emerging smaller restaurants. We're interested in highlighting new chefs," she says. Her list for this year includes Sway, Lenoir, and Hillside Farmacy. She's hoping to get people up to East Side King at the Hole in the Wall and is happy to suggest Jezebel, where "they tailor the food to the guest." Under­cuf­fler likes Cherry Street for simple Italian fare and Enoteca on South Congress for Sunday brunch. She admits Franklin is a favorite when people want barbecue, but they do warn guests about the famous line they'll have to endure. And if waiting isn't an option? "We've arranged for someone to stand in line for a guest before." – G.S.


A staple of guest services and Austin's world famous quirky charm, the Austin Motel turns 75 years young this September. Nestled in the heart of the city on South Congress, a few blocks south of Riverside, this small, colorful oasis "see[s] a lot of action," says Nicole Brunner, on staff for four years and counting. In addition to the charming 1950s style pool, the hotel proudly recommends Snack Bar, an on-site spot for local, organic, chef-created cuisine that highlights the diversity of South by Southwest with homegrown ingredients. Brunner says she recommends guests "stick to the neighborhood" during SXSW, but she does like to "send them off on adventures" sometimes. She mentioned that Home Slice Pizza is a quick walk and a universal favorite among pizza-craving guests. The whole area is chock-full of delicious surprises and time-honored hot spots, but Brunner frequently also scoops guests to the seafood of Perla's and the mind-blowing burgers of Hopdoddy Burger Bar. If Thai food is what saves your day, Brun­ner suggests Thai Fresh on Mary Street. Best South by Southwest advice: "Find some time to sleep and drink lots of water." This local feels a refresher tour-de-South Congress coming on. – J.C.


Having lived in Austin for over 13 years and worked as a concierge for twice as long, Steven Leigh loves to talk about food and restaurants with his guests at the Driskill. "We understand that South by Southwest guests know where they are going and know what they are doing. They are very knowledgeable about restaurants they've seen on television. They all know about Paul Qui," he says. That said, most of his guests want to walk to their destinations. "I like to tout local first and Texas second," Leigh explains, and close-by recommendations include parkside, Second Bar + Kit­chen, and Swift's Attic. "It is a process of drawing out what guests want," he says. "As for barbecue, they've all heard about Frank­lin, and I have to say, there are no better ribs or brisket anywhere. Keeping it simple, he suggests Serranos in the historic Symphony Square. "It is great food that isn't going to break the bank, and it's owned by a local family." – G.S.


Chris Alwell moved here from New York City to open the W Austin and has worked as a concierge for over a decade. He says his guests are here to relax and soak up the city. He also says they're really interested in the food culture. One of his top places to send folks is Moonshine. "It has such charm. I know guests are really going to remember it. Always a home run." He sends folks to La Barbecue on South First and to Maria's Taco Xpress. La Condesa, Garrido's, and parkside all make his list of recommendations. "parkside is one of my favorites. It's not the kind of food you expect on Sixth Street." Alwell also finds that Rainey Street, with its eclectic bunch of bars and food trailers, is a hit with out-of-towners. "To me, Rainey Street is what Austin is all about." – G.S.


For more than seven decades, Hotel San Jose has shape-shifted from its "ultramodern motor court" origins in 1939 to a brothel, a Bible school, a refuge for the downtrodden, and now a beautiful bungalow-style hotel in the SoCo district. Specializing in Austin's laid-back modern chic, the courtyard gardens and vintage furniture contribute to an atmosphere of fun-meets-retreat. Just south of the river, with plenty of room to experience the community, the hotel boasts South by San Jose, a weeklong day party full of live music and South by Southwest glory. 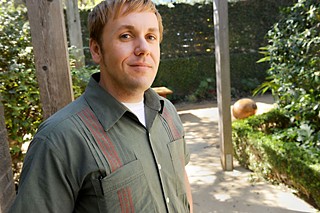 David Dembowski, San Jose's friendly concierge, has been with the hotel for five years and is well-versed in guiding out-of-towners to the best our city has to offer. He was happy to recommend a few neighborhood hot spots. Polvos is a top choice for Interior Mexican, and he suggests La Con­desa for a romantic restaurant Downtown. Guests are happy when he steers them to Franklin for casual barbecue and Lam­berts for a more upscale version. His personal favorite is Elizabeth Street Cafe and their French Donuts. Best South by Southwest advice: "Rent a bicycle. It's by far the best way to get around when cabs are at a minimum and traffic is at a maximum." Listen to David, he knows.  – J.C. 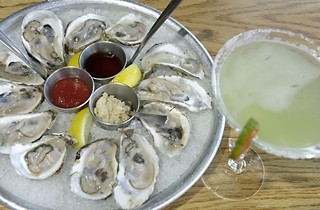 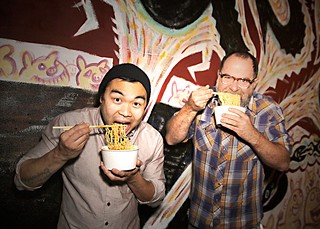 East Side King @ Hole in the Wall