Thoughts on the fall of John Mueller 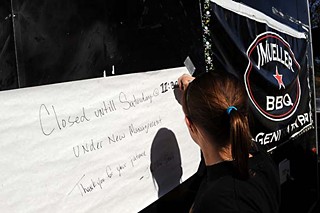 As someone who's been eating Mueller family barbecue since my dad first took me there as a kid in the Sixties, I was saddened and disappointed when their family drama erupted online the week of Halloween. I wasn't moved to hysteria and threats like the rabid barbecue fanboys, but I love a good rehabilitation and redemption story as much as the next person and, as a recovering alcoholic, I need to believe in second chances. I think that's why I was among the legion of folks who wanted to believe in John Mueller's barbecue resurrection. 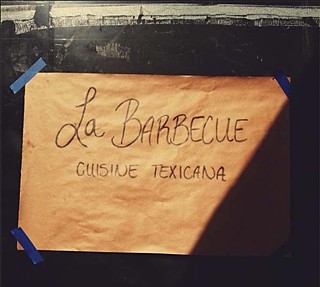 After talking to siblings LeAnn Mueller and Wayne Mueller, I have a pretty clear picture of the financial mismanagement allegations LeAnn turned over to police, and what prompted her to take over the business, which she bought from John's original investors early this year. I also heard Wayne's version of John's financial mismanagement at the original family restaurant after Bobby Mueller's retirement – behavior that precipitated John's original departure from Taylor 12 years ago. "We tried to convince our parents to prosecute then, but they didn't want to put their son in prison. Maybe if they had, he wouldn't have been able to get away with this kind of thing again," Wayne told me. Multiple financial judgments against John, stemming from ventures on Manor Road and in Bas­trop, are a matter of public record. After the Texas Monthly cover story that skyrocketed John to statewide acclaim earlier this year, the family allegations add a darker layer and make it pretty clear that the story of mended fences, sobriety, and reconciliation was just a fairy tale.

So here is what I can say for sure: Small business owners have fiduciary responsibilities to lots of people – investors, banks, credit card companies, landlords, employees, purveyors, the state (sales tax), and federal governments (payroll taxes). If someone isn't paying attention to those responsibilities, even prosperous businesses can fail. Not everyone who opens a restaurant possesses the complete skill set that includes producing great food, managing people, and keeping track of finances, and that's why such a high percentage of restaurants fail.

LeAnn Mueller has taken over operation of the business at 1502 S. First and renamed it La Barbecue "Cuisine Texicana"; she's also hired former Franklin Barbecue employee John Lewis to run the pit and his barbecue is just fine, thank you very much. The bark on the brisket isn't as peppery as it was on John's, or the fat as caramelized as it is at Franklin. Lewis' house-made sausage is a little greasy for my personal taste, but plenty of spice hits you in the back of the throat, and the casing is good and snappy. The gargantuan beef ribs need a little more black pepper to suit me. I really don't know John Lewis or how long he's been cooking barbecue, but I'm hesitant at this point to refer to him as a pitmaster, fanboy hyperbole notwithstanding. Despite threats of boycotts, lines have been consistently strong and customers appear satisfied every time I've driven by. Free cold Lone Star is still a feature of the operation. If LeAnn Muel­ler is as good as her word and consistently puts out the kind of exemplary barbecue for which her family is famous, she should do just fine. 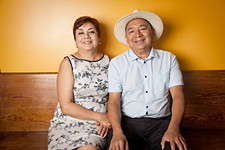