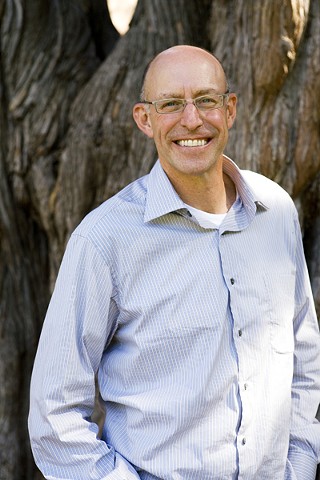 "I am optimistic. There are so many positive things we see going on. In the last 20 years, we've built an alternative food economy across this country."

A champion of progress in sustainability and ethics in American food culture, bestselling author and essayist Michael Pollan is not one to shy away from controversy. In his recent New York Times Magazine article, "Vote for the Dinner Party" (Oct. 14), Pollan argues in support of California's Proposition 37, which seeks to mandate the labeling of genetically modified organisms in food, and explains the mutual distrust between consumers and "Big Food" industry giants. In our phone conversation last week, he said of the massive advertising campaigns surrounding the proposition, "There is a fortune being spent to defeat it." Pollan believes the cultural and factual nuances will likely continue long past the proposition's expiration date. "I think we will have a national debate about genetically modified food that for some reason has never happened in this country. ... It's been sort of choked off here by the fact that both political parties have supported biotech. And in America, when both political parties are on the same side of an issue, it's very hard to get a debate going." A master influencer in foodie intellectualism, Pollan hones in on one root issue: "One of the interesting things about all their [Monsanto] ads is they never mention the words genetically modified or genetically engineered. They talk about deceptive labeling schemes, which I think is very telling that they don't want those words out there."

Critical issues in American food culture, the tentacles of which reach deep inside of social and economic matters, are at the core of Pollan's prolific body of writing. One such concern is the significant imbalance in access to nutritional food and the skills required to prepare real food. "There are places – especially in our cities, but also in our rural areas – where access to fast food is much easier than access to fresh food," he explains. Predominantly a result of three decades of policies intended to "stimulate business in underserved areas ... we gave loans to people to start franchises – McDon­ald's franchises. We didn't do the same to encourage supermarkets."

Yet despite constant progress, a lingering sense of impending battle remains. The obstacles, such as Monsanto's legendary lobbyist artillery, continue to mount, largely due to the economic stakes. "I think for us the pressure is coming from industry, which is trying to insinuate itself between us and our food. There is this wonderful Wendell Berry quote, that the industry would like to not just cook your food, but chew it and digest it for you if they could find a profitable way to do it. And in fact, they have found a profitable way to do it," quips Pollan. "It's no wonder that we're losing our traditions. Companies are eager to commercialize the work of food preparation and convince us that we can't do it very well by ourselves."

Food to the People

Pollan explains that various experiments have determined that if cooking skills are present and fresh ingredients are available, the cost of paying someone to prepare your food far surpasses the cost of cooking food at home. Cultural reasons are, he believes, largely to blame for the decline in home cooking. In addition to the unfortunately common food desert scenario, Pollan cites the elimination of home eco­nom­ics classes in school, lack of parental kitchen guidance, and intimidation from "flashy cooking culture" as perpetuating reasons for the decline. He says, "I think it's important to empower people and show them that it's really not that complicated."

Pollan references Alice Waters' Edible Schoolyard Project in Berkeley and People's Grocery, a food justice organization in Oakland, as shining examples of cooking classes providing outreach to a wide range of demographics. Of the garden and cooking classes at Edible Schoolyard, he says, "It's the kids' favorite class of the day. They love cooking and they love sitting down to eat what they've made. And they learn a lot. And they learn really critical life skills in the process of doing it." As Pollan says, "We have to talk about access to skills as well as access to turnips and spinach."

Pollan's new book, Cooked: Finding Ourselves in the Kitchen, is due out in April to address this issue. "Doing this research was the most fun I've had as a writer, I think. It was learning how not just to cook, but bake and brew and make cheese with some of the country's best practitioners, and it was a thrill." He builds on his previous books' examinations of food chain links – such as production and physiological occurrences – to examine the cooking element. Pollan was fascinated to study and experience the transformative nature of cooking – in nature, ourselves, our species, our communities, and our families. Cooking is "a very powerful thing. And we've given up a very important thing by doing so little of it. So I hope the book gets people really excited and cooking and helps them to realize how much is at stake. And how much pleasure is available."

With a natural segue to organics, I wondered how the indomitable Michael Pollan would respond to nonbelievers who claim organic food cannot feed the world. "I think we should stipulate that conventional food cannot feed the world. It's not as if we have one system that works and one system that doesn't work. We're not feeding the world. There are 850 million people who are hungry. And industrial food is producing plenty of food – it's just not getting to people. Or, not getting to the right people. So we have this weird situation of people starving and people overweight at the same time as a result of the same system." Pollan goes on to explain the more drought-resistant tendencies of organic soil, but he stresses that of utmost importance is the concept of diversified agriculture. A return to diversified peasant farming contributes not only to sustainable means of providing more food for people and animals, but also many other things that are "very important to people's health and happiness."

In the face of those odds, Pollan jokes that his optimism "may be a matter of temperament as much as the facts," but he finds significant evidence to support his sunny disposition about food culture. The sustainable industries "created by consumers and farmers working together" are quite a feat and provide paths to circumvent the monopoly of "big food," thereby increasing the financial gain for farmers, whose numbers need to increase, he says. "The next step is to get bigger institutions to support that – schools, businesses – and that's starting to happen." It is the combination of putting more consumer dollars into farmers' hands, while at the same time improving the high quality of food in local restaurants, that fuels his optimism most.

Michael Pollan will give a lecture at the Para­mount Theatre on Thursday, Nov. 1, at 7pm. 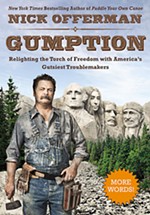 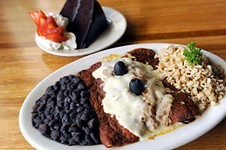 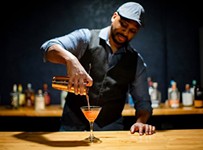