Tamales or Not, It's a Family Affair 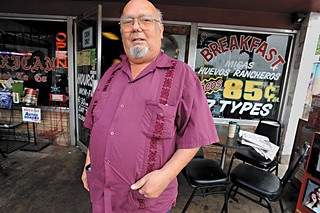 
Visit Tamale House on Airport Boule­vard and chances are you'll see its owner, Robert Vasquez. He's been there cooking, working the register, or operating behind the scenes since 1977, and is still going strong. "I still eat here every day," Vasquez claims. Huevos Rancheros used to be his favorite dish, but his doctor has advised him to cut down on the fats, so now he gets by with a couple of tacos.

For Vasquez, the restaurant business is in the blood. His grandfather, Tony Villasana, planted the seed more than 80 years ago when he opened a cafe and tortilla factory at Seventh and Lydia streets. He also owned another tortilleria in Houston which, according to Vasquez, occupied an entire city block. Villasana's brother Fred operated several Mexican restaurants, also in Hous­ton. The restaurant bug was passed onto their children. In 1959, Vasquez's mother opened her own Mexican restaurant at the northwest corner of First and Congress, calling it the Tamale House. The restaurant thrived until the Eighties, when she sold the property to developers who built the current office building known as One Congress Plaza. For a long time after the Tamale House departed, however, the corner was affectionately nicknamed One Tamale Plaza.

Vasquez opened his own version of the Tamale House on Airport Boulevard in 1977 using his mother's recipes. Little has changed since then. He still follows those same recipes, the price for a taco (85 cents) hasn't been raised in years, and the scraggly screen door and graffiti-adorned facade has never been altered. Even so, Vasquez has seen a lot of changes to Austin's restaurant business in general. For starters, tamales used to be their most popular item, hence the restaurant's name. People would buy tamales by the dozens for breakfast, lunch and takeout. But over the years, as people have become more health conscious, the taste for tamales has waned. Tamales are no longer on the menu. Now everyone wants breakfast tacos, and Vasquez is amazed by how many places now serve them. "When I started, I was the only one. Now everyone sells them – even McDon­ald's." But Vasquez sees no real threat. His customers are fiercely loyal to Tamale House's affordable, no-frills fare.

To capitalize on the name and on Austin's seemingly insatiable appetite for tacos, Robert's sister, Diana Valera, has opened a new Tamale House in East Austin on Sixth Street. Like her brother Robert and their other siblings (there are five all together), she's no stranger to the restaurant business. At one time, she ran a Tamale House on 29th and Guadalupe (now a Taco Shack), and she formerly operated Mexico Tipico during the Nineties in the space now occupied by her new Tamale House. Valera's Tamale House also uses their mother's time-tested recipes, though her menu includes some new items such as chicken with mole. I asked Vasquez, who is now in his sixties, whether the family business would continue into the next generation. "My children have chosen to do other things," he commented. Valera's children, however, have taken an interest in Tamale House East. Through them, Tony Villasana's culinary legacy may endure for a few more generations. 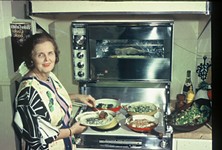 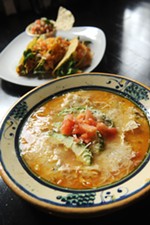 Hangover Helpers: How to Start the Year Off Less Miserable
With a new book and local remedies, we’ve got you covered