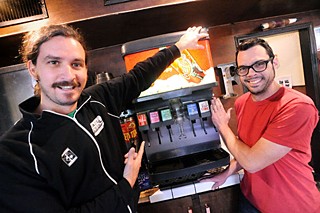 When Dublin Bottling Works lost its contract to bottle the cane-sugar-sweetened Dublin Dr Pepper, Texans emitted a collective howl of rage and grief; preemptively nostalgic consumers snapped up the remaining bottles in their local groceries while restaurateurs placed and hoarded their final orders to stock their soda fountains. A little over a month later, some restaurants still have Dublin Dr Pepper flowing from their soda fountains, but the end is inevitable. The stream of the beloved soft drink will soon run dry.

It used to be that to carry those distinctive, cute little glass bottles with the old-timey etchings in one's store or restaurant was to extend a secret handshake to soda-savvy consumers. "Dublin Dr Pepper was a really cool indicator that this person cares," says Mark Seiler, president of Maine Root Handcrafted Beverages. "The outpouring of emotion [when Dublin Dr Pepper ceased production] shows how invested people are in small brands."

But what those people who let loose a hue and cry on Twitter, Facebook, and various blogs might not understand is that now that Dublin Bottling Works is out from under the thumb of Dr Pepper Snapple Group, the company is free to more fully promote its other cane-sugar-sweetened beverages, including XXX Root Beer, NuGrape, and Cherry Limeade. What Jeff Kloster, the head of the small-town bottling plant, understands is that there has never been a better time to be in the specialty soda business. And in many ways, Austin is ground zero for a revolution of the bubbly kind.

"For me, it's about being focused locally," says John Osmon, the proprietor of Rollerfeet Soda, a small soda distribution operation in East Austin that grew out of his personal interest in premium nonalcoholic drinks. He points to the El Pepinito, Con­tigo's signature mocktail comprising ginger brew, cucumber water, mint, and lime, as well as the "zero proof" section of Second Bar + Kitchen's drink menu as indicators that specialty, small-batch sodas are ready for their moment in the various conversations Austin is having about food these days, from farm-to-table dining to artisanal foodways to pushing back against the saturation of Big Food and high-fructose corn syrup into our daily diets.

"The Austin food culture is going to understand independent bottlers and good quality soda," says Osmon. "Look at Frank­lin Barbecue, which has been declared the best barbecue in Austin, if not Texas or even the United States. He chose to put Maine Root sodas in his fountain when he could have gone with one of the big three [Coke, Pepsi, and Dr Pepper]."

When asked about that choice, Aaron Frank­lin, Austin's own barbecue ninja, makes it clear that it was a no-brainer: "I went with Maine Root because they're organic, they are in line with my consumer ethics, and I wanted to support local companies. Their product is far superior to the major brands and they don't use high-fructose corn syrup. I don't want to mess with that stuff." Franklin's position on choosing Maine Root speaks to the same concerns that led to the inception of Maine Root itself.

Maine Root Handcrafted Beverages is the accidental brainchild of Matt Seiler, who was working at Flatbread Com­pany in Portland, Maine. The restaurant, which boasts its own local and organic ethos, was carrying a root beer that had been sold to Pepsi and was sweetened with corn syrup, much to Flatbread's customers' distaste. Sensing an opportunity, Seiler began brewing his own root beer, which was a hit. Soon, he had enough clients locally to sell a truck's worth of root beer a year and was doing so well that in 2005, his Austin-based elder brother, Mark, ditched his software job and threw in his lot with his brother's fledgling business. "My five-year plan was to never work for the man again," explains Mark Seiler. "I was sick of corporate America."

This disdain for corn syrup and corporate America has resulted in a soda business with a growing global presence – Maine Root is sold in five countries, including Hong Kong and the United Kingdom – albeit a tiny one that is still staffed entirely by the two Seiler brothers. The key to success for this David up against three Goliaths is an emphasis on listening to what consumers want and thinking creatively about what comes next. "When we first got started, grocers would say, 'Aw root beer, root beer to death. What else do you have?' So we said we'd do sarsaparilla. And we sell a ton of it. Then we added some other flavors, and the way we add our flavors is the people who sell our stuff ask us to make another flavor."

The Maine Root flavor catalogue now includes the aforementioned root beer and sarsaparilla, as well as a bracing ginger brew (the perfect mixer for a Moscow Mule), blueberry, Mandarin orange, prickly pear lemonade, and a seasonal pumpkin-pie soda, among others. The ingredients are organic and Fair Trade certified; the prickly pear and blueberry flavors also gesture to the company's roots in both Texas and Maine. It is this kind of mindful business practice that captures the attention of folks like Osmon. "To them, it's not just about creating a good soda, it's about doing it in a way that's thoughtful to society and the environment," he explains.

Mark Seiler is grateful for distributors like Osmon and restaurateurs like Franklin: "They're thinking with their hearts and their food; they're not a spreadsheet dude looking at how they can put more ice in the drink to get more money. Thank god people out there want something different and to support the locally owned underdog."

An even more dogged underdog just getting off the ground in Austin is id sodas, run by Mark and Kelly Tovar. Simi­lar to Maine Root, id's inception was borne out of a love of scratch-recipe development, an already established brewing hobby, and an out-of-use Kegerator at a local coffee shop. A couple of years back, Mark Tovar was working at Epoch Coffee in the North Loop neighborhood. "They were going to sell beer, but they didn't follow through with that, so there was basically an empty Kegerator," he says. "So I asked them whether I could sell sodas if I could figure out how to make them."

From there, Tovar and his wife began fiddling with recipes, starting with local, in-season fruit. But "to extract the right amount of flavor from peaches is incredibly difficult without using extracts," says Kelly Tovar. "We were using whole fruit, so we had to switch it up [in order to keep costs down]. We're still experimenting with our flavors, but for now we're doing spices and herbs and teas and coffees."

The id sodas catalogue includes Spice-Osis, a ginger brew; Narcicitric, a salted grapefruit flavor made with Himalayan sea salt; and a coffee soda made with Chameleon Cold-Brew called Electra. Spice-Osis will soon be on shelves at Whip In and served at Epoch. The couple will soon be producing and bottling their sodas at Adelbert's Brewery, a local microbrewery that will celebrate its grand opening on March 24. In the run-up to infiltrating the Austin specialty soda scene, the Tovars have been distributing samples of their sodas (Narcicitric is a particular hit) at events like the Jester King birthday party and Emancipet's Sit Stay Day. Momentum for id continues to build, and Dipak Topi­wala, the owner of Whip In, is beside himself with anticipation for the big rollout.

The sodas "are exceptional. [The Tovars] are doing everything right, and once the sodas are on the shelves, they are going to sell out of everything," gushes Topiwala. "They say the proof is in the pudding; once you try these, you won't be able to resist them. I'm going to have to start counting calories; most of my calories are beer calories, but I'm going to have to cut back on beer so I can have these sodas."

And that's sort of the rub for a small-time specialty soda operation trying to get off the ground at a time when the big three have ruined soda consumption, at least in popular discourse. By now, soda is a major bad guy in the narrative of the obesity epidemic, full of empty calories and low-quality sweeteners and utterly devoid of any nutritional value. But for Kelly Tovar, the anti-soda conversation isn't an unsurmountable problem, especially considering that id sodas have no preservatives or extracts or additives; everything is all-natural, down to the honey used to sweeten the drinks. "I think it's an opportunity to educate people about what they're putting into their bodies," she says. "By taking something like a soda, you can show people that you can have a sparkly drink and it doesn't have to be so sweet."

In fact, high-quality ingredients with integrity serve as the common thread among all of the specialty sodas floating around in Austin these days. It is the tie that binds id soda to Maine Root and to the sodas Osmon carries in his operation, including Red Ribbon's incredibly delicious cherry and grape flavors, Black Lemonade by Real Soda, Plantation Style Mint Julep from Natrona Bottling Company, and Mr. Q Cumber soda from Global Beverage. These products offer something different to the inquisitive palate looking for something beyond the generic corn-syrup-sweetened flavors on offer from the big three. They also help make a party that much more interesting.

"We wanted to have the sodas because they make good mixers and selected flavors that would mix well," says Kim Sae-Eua, co-owner of the WonderCraft, a crafting studio that hosts group crafting parties and offers a small selection of food and drinks to help facilitate the party vibe. "We chose these because they are small-batch and unique and fit in with the handmade thing we've got going on here. What we sell here and what you can make here is the opposite of mass-produced, so it made sense to carry beverages that fit in with that philosophy."

Interesting, flavorful drinks aren't just for craft beer snobs any more. What all of these sodas prove is that it is possible to drink your values, and that pleasure in food and food (and drink) with integrity don't have to be mutually exclusive.

Plus, that bottle might just be a collector's item someday.

Where To Find Maine Root Soda in Austin (Not Comprehensive) 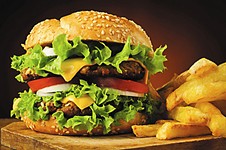 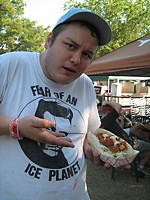 Luck Drops Lineup for March Reunion Potluck
Too Many Cooks in the Kitchen to feature local, national chef talent