Manor Road's restaurant row is going to the pigs, pint-size props for some of Austin's best chefs, and more in this week's food news

Changes are in the works along Manor Road's busy restaurant row. Carlos Rivero's restaurant group closed the Red House Pizzeria & Lounge (1917 Manor Rd.) at the end of January when the entire property was purchased by the longtime Austin restaurant development team of Larry Foles and Guy Villavaso. The two sold their interests in Eddie V's Prime Seafood last year and are busy concentrating on more casual dining concepts, such as the wildly successful Hopdoddy Burger Bar (which will open a second Austin outlet in mid-April, and multiple outlets in Dallas and Houston in the coming year) and the Salty Sow, slated for Manor Road. The new eatery was inspired by Chicago's the Purple Pig, named one of the Top 10 new restaurants of 2011 by Bon Appetit. Salty Sow was developed in collaboration with former Roaring Fork chef Harold Marmulstein, whose kitchen will be equipped with a new variable-temperature flat-top grill called a plancha for preparing many of the restaurant's signature dishes. According to Foles, Salty Sow will feature an upscale comfort food menu with entreés $18 and under, house charcuterie, cheeses, and a selection of craft beers and affordable wines when it opens this spring. Long-range plans call for the creation of a butcher shop in one of the houses on the property... There will be more pork just up the street when East Side Cafe proprietor Elaine Martin opens Elaine's Pork & Pie, a food takeout shop taking over the space formerly occupied by the gardening gift shop Pitchforks & Tablespoons (2113 Manor Rd.). The menu for Elaine's will include pulled-pork sandwiches, sticky buns, and a rotating selection of sweet and savory whole pies, pie by the slice, fried pies, handheld pies, and quiches. Customers can order food to go, eat at one of the small tables in the shop, or enjoy a pleasant outdoor seating area.

Houston entrepreneur Marcelo Kreindel is bringing his very popular Trentino Gelato chef series to the Austin market. Last year, the entrepreneur approached several Austin chefs with the opportunity to develop flavors for a line of packaged gelatos. Eight Austinites signed on, and now the fruits of their creativity are for sale at Central Market in pint containers bearing drawings of each chef's face. Carillon pastry chef Plinio Sandalio created a sweet-and-savory combo of apple-bleu cheese, while Ned Elliot of Foreign & Domestic came up with a nutty pump­kin pie with a hint of lime. Alamo Drafthouse beverage director Bill Norris' entry is a smooth, smoky honey mezcal, and La Condesa pastry chef Laura Sawicki went old-school with malted dulce de leche.

Speaking of pastries, Food & Wine magazine is recognizing the top restaurant pastry artisans around the country with a People's Best New Pastry Chef award instituted this year, and three Austin­ites were among the 50 finalists: Sawicki, Steven Cak of parkside, and Josh Matlock of Paggi House. Online voting was completed this week. 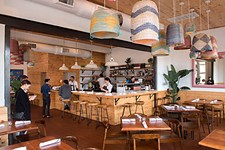 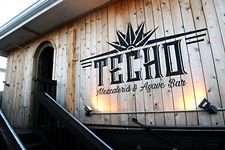