1) Uchi/Uchiko Chef Tyson Cole won Best Chef of the Southwest Region from the James Beard Foundation, the Uchi Cookbook came out to critical acclaim and massive sales, and Uchi was awarded Best Chef, Best Japanese, and Best Sushi among a slew of other awards in the Chronicle Restaurant Poll. Meanwhile, over at Uchiko, chef Paul Qui is currently appearing on Top Chef: Texas, winning challenges and racking up huge cash prizes; he got his own James Beard Award nomination; "Jar Jar Duck" was named one of Food & Wine's Top 10 dishes of 2011; and Uchiko was named Austin's Best New Restaurant.

2) Franklin Barbecue has gone in this one short year from an obscure trailer to a brick-and-mortar restaurant with consistent lines out the door and around the block, then on to national recognition in Bon Appétit, The New York Times, and other national media outlets.

3) La Condesa won No. 1 Favorite Restaurant, as well as Best Decor, Best Mexican (non-Tex-Mex), and Best Mixologist in the Chron­icle Restaurant Poll, and opened a second location in Napa Valley.

4) National Television Features Aus­tin! The Food Network, the Cooking Channel, the Travel Channel, and Bravo all shot multiple segments in Austin during 2011, highlighting our exhilarating and dynamic food scene.

5) Austin Charcuterie Takes Off in a Big Way Noble Pig, with lines of eager diners out the door, added a deli and a charcuterie case and doubled its seating; Jesse Griffiths of Dai Due, besides rocking the Downtown Farmers' Market, has been conducting hunting and fishing schools to teach traditional techniques, writing a book, and planning a storefront location; and after a year of growth and expansion, Kocurek Family Artisanal Charcuterie announced at year's end that it is suspending operations.

6) Barley Swine In addition to phenomenal business from day one, Barley Swine was named one of "The South's Best Gastropubs" by Southern Living, did very well in the Chronicle Restaurant Poll, and to top it off, chef Bryce Gilmore won one of Food & Wine's coveted "Best New Chef" awards.

8) El Alma After working for more than 20 years all around Austin at establishments as diverse as Jeffrey's, Fonda San Miguel, Tacos and Tequila, and the El Chile group, chef Alma Alcocer-Thomas got to open her own place at last. Bravo!

9) In Other Moves From Trailer to Storefront: Cutie Pies pie wagon opened a place on Burnet Road, as did Man Bites Dog, and Edis' Chocolates added a storefront on Spicewood Springs to its Barton Creek Farmers' Market presence.

10) Thai Fresh expanded to fill its whole Mary Street strip mall, Fricano's Deli opened a second location as word continues to spread, and chef James Holmes of Olivia had such a huge success with fried chicken at this year's Austin City Limits Music Fest that he was able to open up a new venue: Lucy's Fried Chicken on College Avenue. 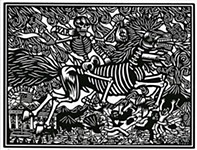 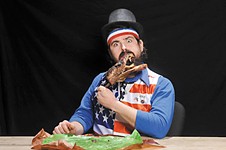