The festival returns after a hiatus 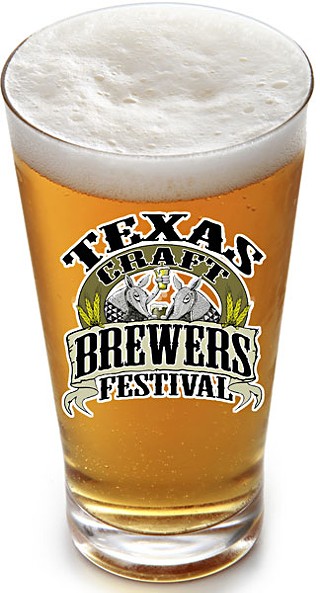 
The recent surge in craft brewery openings in Texas, especially in the Austin area, has caused quality-beer lovers in the area to repeatedly ask: When will there be a festival to show off our state's wares? The answer: This Saturday, at Fiesta Gardens, 2-8pm.

That's when the Texas Craft Brewers Festival will return from a hiatus for its eighth edition. Staged by the Young Men's Business League of Austin and benefiting Austin Sunshine Camps, this event will feature 18 breweries from around the state. Obviously, the Austin area will be well-represented as it has the most breweries, but so will San Antonio, College Station, Houston, Fort Worth, and Shiner.

Organizers promise more than 75 different beers to choose from, including new and limited-release offerings available only at the fest. Two different packages will be offered. For $20, festivalgoers get a plastic commemorative tasting glass and eight samples, along with entrance starting at 2pm; those buying the $70 VIP package get to start at noon and also get a T-shirt, program, a meet and greet with the brewers, air-conditioned restrooms, and a festival pint glass (real glass) upon exiting.

Brian Peters, head brewer for Uncle Billy's Brew & Que and the Texas Craft Brewers Guild representative on the festival organizing board, says he doesn't think Texas can ever surpass the West Coast's beer industry, but that we're surging to a point that's worthy of national attention. "The market's ready," Peters says. "People are just dying to get this stuff, and Texas has a lot of creative brewers." Just take away Texas' restrictive beer sales laws, he says, "and there's no limit to what we could do."

No chairs, coolers, glass, or dogs are allowed, and attendees must be 21 or older. For more info, see www.texascraftbrewersfestival.org.

Home's A Brewin': Do You Hear the People Drink?
Local breweries unite in effort to reform restrictive brewpub legislation