The Threadgill's secret to longevity I first stepped into the kitchen at Thread­gill's in late 1984. I was barely 19 years old and had arrived in Austin on the previous Fourth of July. A friend of my then-boyfriend had worked there, and his wife, Sue Lacy, was still a kitchen supervisor. I had never worked in a restaurant but knew my way around a kitchen, so Lacy put in a good word for me, and soon enough I was working as the "salad girl," prepping salads and plating them for the waitstaff. As is the case in most restaurants in Austin, the kitchen staff was largely composed of Mexican immigrants hailing from small towns and ranches from the states of San Luis Potosi and Durango in Northern Mexico. And although I was a Mexico City girl and had little in common with them, I was relieved they were there, not only because I'd have people to speak with in Spanish, but also because they quickly took me in and showed me the ropes of working in a Texas restaurant. 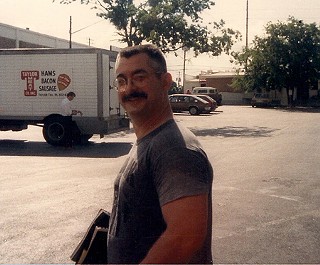 Most of the kitchen prep work at the original Threadgill's took place in the commissary building behind the parking lot. I had never even heard of half the things we were making. I thought chicken-fried steak was actually chicken, had never seen – much less tasted – okra, and found the concept of cornbread dressing weird (dressing is for salads, I thought). But we all followed the recipes to a T and quickly learned how to make cream gravy, chicken and dumplings, crawfish étouffée, and other Southern classics that were new to us. Jorge Chavez, a happy-go-lucky, bouncy young man from Vicente Guerrero, Durango, was in charge of the ovens. He roasted all the meats and made gallons upon gallons of cornbread mix, baked fresh twice a day. He arrived at Threadgill's in 1983 and was the clown who kept us all laughing through the long days of prepping unending boxes of yams, green beans, and broccoli. His childhood friend Armando Romero, a reserved but hardworking fellow who followed Chavez to Austin, worked in the front of the house on the kitchen line, manning the fryer or the grill. Pepe Estevez was the potato man, peeling and mashing an ungodly daily amount, while Rocky Del Castillo, who had studied to be a teacher and moonlighted as a DJ on a local Mexican radio station, made salad dressings and chopped mountains of celery and onions, protecting his eyes with plastic goggles.

In addition to Sue Lacy, whom we considered our mother figure, we had great supervisors in Ed Fox and Harlan Gilliam, who genuinely cared for us. Fox played Santa Claus for Chavez's children every Christmas, while Gil­li­am enjoyed practicing his Spanish and learning all kinds of slang phrases and off-color expressions. Meanwhile, the front of the house was ruled by the extended Maldonado family. Siblings Rosa, Martina, Margarita, and Victor were bussers, while their brother Franco cooked in the line, as did their cousins Oscar and Joaquin, whose father washed dishes. Rosa's husband also bussed tables. Martina started her job about the same time as I did, and after a couple of years she became Mrs. Armando Romero. Margarita eventually married Tino Mendez, a handsome young man who also worked on the line. We were like a big, silly, multicultural family. I think it was Chavez who started referring to Eddie Wilson, proprietor of Threadgill's, as papá. After mastering the line, spending a year in the bakery, and working a brief stint as a waitress, I moved on from Threadgill's in 1989. I was unhappy about a change in management that sent many of us packing, some voluntarily, some not. Eventually, most of the people I knew scattered across the city, the state, and the country, but incredibly, some have stayed. In 2001, Martina Romero was promoted to waitress, a job she performs to this day, five days a week. Her husband, Armando, works day shifts at the Riverside location and four nights at Old No. 1, as the original Lamar location is now known. Chavez is still running the commissary, and his wife, Manuela, who arrived in Austin with their three children in 1986, has been the baker for the last 10 years. Also at the Riverside location is the adorable Manuela Negrete, still bussing tables as she did with the original Eighties crew. The Mal­do­nado clan has moved on, but not before a second generation of their family experienced a rite of passage through the iconic restaurant. Now anchoring the whole group is General Manager Melanie Bounds, a petite blond firecracker who started as a waitress in October 1986.

With the upcoming 27th anniversary of my Austin residency, the old story of my Threadgill's friends was fresh in my mind, so I paid a visit on a recent afternoon. "We like working here; it's our second home," said Martina when I posed the question of their longevity at the restaurant. "Actually, it really is our first home," she said, laughing. "[Wilson] has always treated us well; he has never scolded or yelled at us for any reason," she adds. "He has helped us put our children through college." The Romeros' oldest daughter, Cynthia, graduated in the top 10% of her class at UT and was the first college graduate in the extended family. She now works as a teacher. "When Cynthia graduated, there was a huge party in their hometown in Mexico," recalls Bounds. "It was great. The small children were dancing around holding big photos of her above their heads. It was a special occasion for the whole community." Armando Romero Jr. is now studying architecture at Texas A&M, and younger brother Eduardo enters UT this fall after graduating in the top 5% of his high school class. "They all grew up with Threadgill's food," says Martina with a big smile. "They love chicken-fried steak, King Ranch Casserole, and chicken and dumplings." Chavez chimes in: "I still work here because I was never able to better myself," and then lets out a contagious laugh. "Seriously, though, we earned the trust of the managers. If they hadn't allowed us to progress, we could have never arrived where we are." His thoughts are seconded by head nods from the whole table.

"These guys are the backbone of the operation," says Bounds. "We couldn't do what we do if they were not here. They are strong and steadfast, the glue that holds it all together." Usually the quiet one, Armando adds his insight: "We are not under pressure from management, so we enjoy what we do. Our work remains the same; we do the same things with the same quality. The daily specials keep improving – they are even better now. We try to do whatever is best for the restaurant, to continue the tradition that it is." Bounds sums it up nicely: "When you believe in what you do, what you serve, who you work with, and you work for someone who is a loving person that will give you the shirt off his back, things are easy. [Wilson] is like family to us. We are all like family after 25 years together." Wilson retired from hands-on management a few years back, turning that aspect of the restaurants over to Director of Operations David Whitney. "Eddie would give away the farm, so it's good that Dave showed up," says Bounds. "Otherwise there would be no farm for us to work in!" 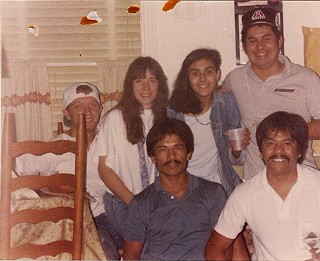 I hadn't been in touch with Wilson for a while and had no idea he had been diagnosed with lung cancer. Luckily, it was detected early, and after surgery and a couple of months of chemotherapy, his prognosis is great. When I reached out about this story, he replied by email: "Imagine my shock to get your letter just as I was going through a stack of snap shots taken in September of 1990 at Victor's wedding in San Nicolas Tolentino. Killer shots of some beautiful people and a watermark in my view of my life's work. The tiny town has a Fiesta every September and grows from 400 to 4000 when folks come home from all over America to celebrate for a week. During my three days there I counted 42 people who'd worked at Threadgill's. And that was 21 years ago, I'd been open 10 years. Armando and Martina hadn't been married long. She was already home and he and I drove to S.A., flew to San Luis Potosi and the oldest Maldonado sister picked us up for the one hour drive into the mountains."

The following week I visited Wilson in his Crestview home, where I found him a bit winded but in great spirits. We spent a couple hours poring over old photos and recalling people and anecdotes – some happy, some sad, some hilarious. "I was never a good manager," he admitted. "It's not what I do. I always relied on others to do that part of the job for me. The best thing Dave Whitney did, as soon as he came on board: He promoted longtime bussers like Martina to waitstaff. Why could I not see that? It makes me feel so stupid."

The time I spent reminiscing about old times with Eddie turned out to be a very emotional visit. His eyes welled when I thanked him for everything he had done over the years for my Mexican friends, and what he did for me in the Eighties, giving me a chance to learn, grow, and progress. I'll admit there was a time in my life when I felt quite the opposite. But as I've grown older, in hindsight, I realize the good things outweigh the bad. He didn't have to hire us, knowing that we were all working illegally, but he did. He paid us the same wages as everyone else, gave us health insurance and vacation pay for years. He helped those of us who qualified with the paperwork necessary to become legal residents after the enactment of the Simpson-Mazzoli Act of 1986, which requires employers to vouch for their employees' immigration status and made it illegal to hire unauthorized immigrants knowingly. Most of us are U.S. citizens today thanks to his help.

As I was getting ready to leave, Wilson said, "This has done me a world of good, kiddo, thank you. Let me tell you how proud I am of you." At that point, my eyes welled, too. "Muchas gracias, papá."