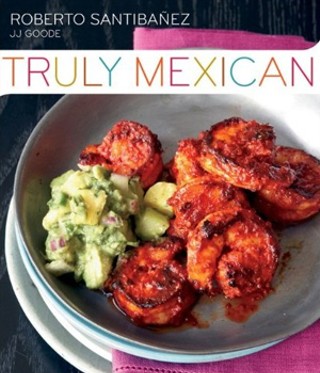 
Roberto Santibañez and I were classmates in a very small Mexico City high school back in the 1980s. There's no way I could have known back then that the quiet and focused young man who sat at the end of the row would turn out to be a highly regarded, award-winning chef who prides himself on representing the best of Mexican cuisine with passion and respect. Years later, we reconnected during his short but sweet tenure as chef at Fonda San Miguel. His Brooklyn restaurant Fonda has been capturing the hearts and palates of Big Apple residents, as well as the attention of critics and writers. This new book is an exercise in simplicity. Santibañez deconstructs authentic Mexican cuisine, demystifying its complexity by giving a handful of principles to follow: Have the right utensils, use the freshest ingredients, prepare them properly (roasting, toasting, chopping, grinding), and combine them to produce the basic building blocks of Mexican cuisine – the sauces.

The book starts with many variations of classic, fresh table sauces like pico de gallo, moves on to cooked green and red salsas made with a variety of chiles, then proceeds to sauces for cooking, like salsa ranchera, entomatado, and Yucatan's favorite, chiltomate. He follows with a whole chapter on guacamole, with recipes for the basic, well-known styles as well as modern interpretations of his own creation: an apple-tequila guacamole, and one with blue cheese and toasted hazelnuts that he says people may suspect he developed "just to make Diana Kennedy cringe." Progressively the book moves into more complex sauces like adobos, pipianes, and moles, with suggestions on what meats and vegetables go best with each. By the time you reach the complex mole negro de Oaxaca, you should be ready to tackle it following Santibañez's careful and encouraging instructions. The book includes full-color step-by-step images, as well as a chart on different chiles, photos of hard-to-find ingredients, and a few side dishes to complete your authentic Mexican meal. Congratulations, Roberto, on a book that is not only beautiful but infinitely useful for novices and experienced cooks alike. 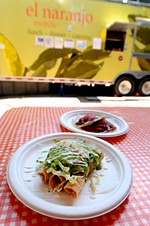