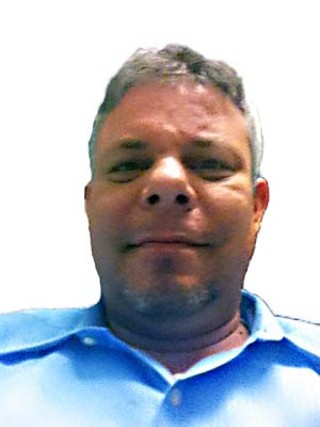 Nick Rotas: Rotas (right) has been the regional manager for Austin's homegrown Z'Tejas chain for the past four years. Prior to that, he served as general manager for nearly 10 years at Copper Tank Brewing Company and at Dave and Buster's in Austin and Dallas. He's an upbeat, funny guy who loves spicy foods and will enthusiastically do his part to eat the heat as a first-time festival judge.

Robb Walsh, Founder and Head Judge: Walsh served as a Food critic for The Austin Chronicle from 1991 to 1994 and the Houston Press from 2000 to 2010. During the interim, he was also editor of Chile Pepper magazine. He's published half a dozen Texas cookbooks and has been nominated for more than a dozen James Beard Journalism Awards. Walsh is currently working with other veterans of the Southern Foodways Alliance to create a sister organization called Foodways Texas to preserve, promote, and celebrate Texas food culture.

Paula Disbrowe: Food writer and city girl Disbrowe covered all kinds of stories for major food magazines and newspapers until an assignment at a Texas dude ranch brought with it a career change to cowgirl chef. Her first cookbook, Cowgirl Cuisine: Rustic Recipes and Cowgirl Adventures From a Texas Ranch, was born of that experience. Disbrowe now makes her home in Austin and regularly collaborates with chefs as a cookbook author.

David Garrido: European-born Garrido began his cooking career under Southwestern cuisine pioneers Stephan Pyles and Bruce Auden. For many years, Garrido was the executive chef of the Jeffrey's restaurants in Austin and Washington, D.C.; he is also co-owner of the popular O's Campus Cafe on the UT campus. Formerly executive chef for Chuy's, Garrido opened an upscale taqueria called Garrido's in 2009. This year marks the 16th time Garrido has joined his friend Robb Walsh at the festival judges' table – a celebrity judge record!

Adam Gonzales: Gonzales is the founding chef and co-owner of Austin's popular Tex-Mex restaurant chain Serranos, which is well-known for mesquite-grilled specialties. The Serranos location at Symphony Square has graciously hosted the judging for the Hot Sauce Festival every year the fest has been held in nearby Waterloo Park. We welcome him to the judges' table for the second year.

Alan Lazarus: Executive chef and co-owner of the highly acclaimed Vespaio and South Congress hot spot Enoteca Vespaio next door, Lazarus has long been recognized as one of Austin's top toques. After more than 35 years of cooking in Austin, one of Lazarus' newest interests is organic gardening, raising herbs, tomatoes, and vegetables to be featured in his popular eateries.

Rebecca Rather: This native Texan is the pastry chef and co-owner of the nationally known Rather Sweet Bakery & Cafe in the Hill Country town of Fredericksburg. She's the author of three award-winning cookbooks – The Pastry Queen, Pastry Queen Christmas, and Pastry Queen Parties: Entertaining Friends and Family, Texas Style – and has recently been busy filming cooking segments for a PBS documentary on the Texas olive oil industry which should air in the late fall.