Fess Parker: In Honor of a Good Man and the Festival He Founded

The man behind the Buffalo Gap Wine & Food Summit


Fess Parker was a special man. He made a lot of money, most of it using his talent for finding underpriced real estate and all of it long after he left his Hollywood roles as Davy Crockett and Daniel Boone. He was humble but also proud of what he had accomplished. He was also thoughtful, sweet, and amiable with his baby boomer fans.

One quick story will explain the man's kindness. I interviewed Parker when he received the Texas Medal of Arts award. We spent about two hours together, a heavenly assignment for me since I grew up with a coonskin cap watching Davy Crockett on a 12-inch black-and-white TV. Somehow we started talking about jazz, and he mentioned that my wife, Emily, and I should join him and his wife, Marcy, for the singing party they threw every Thursday at the Fess Parker Wine Country Inn & Spa near Santa Ynez. Past stars would attend, folks such as Cheryl Ladd, Ed Ames, Buddy Ebsen, Jimmy Dean, and Jane Russell, and everyone would sing old standards with the occasional opera piece thrown in. My wife and I were traveling the wine country a few months later and decided to take Parker up on his invitation.

He insisted we stay at his inn, which is way out of our price range. The four of us were to have dinner, finishing just in time to join the singing. As we were preparing for dinner, the receptionist called and said: "Mr. Parker asks that you come down the staircase. The view is particularly nice." About halfway down the stairs, the piano player started playing the old Mandel and Mercer standard "Emily." Parker not only remembered our conversation about jazz, but he guessed Emily would recognize the song named for her. Years later, whenever Emily tells the story of her fairy-tale entrance, you can still see her float.

We saw Parker three more times, when he attended the festival that was his brainchild, the Buffalo Gap Wine & Food Summit. During the festival's first few years, many of the people were there to meet the TV star, and, as ever, he was generous with his time and attention, despite lines of folks waiting to meet him and get something autographed.

As Parker had hoped, the festival has morphed into a great celebration of Texas and California wine and food. This year's festival is sure to be a poignant meeting. Fourteen top-notch chefs (including Stephan Pyles, Tim Love, Grady Spears, James Holmes, and Rebecca Rather) will join 17 wineries (10 from California and seven from Texas) for a three-day-long party focused on loving wine and food. The Buffalo Gap festival is one of the best little festivals in the U.S. It will be a little sadder without its patriarch. If you get a chance to go (highly recommended), ask a few of your fellow revelers for a story about Parker. Almost all of them will have a tale about the gentle, bighearted, good-natured guy. God bless him.

Who's Texas?
The story of Texas history says a lot -- about the storytellers 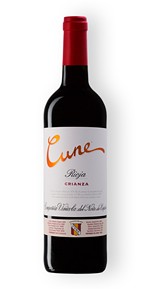