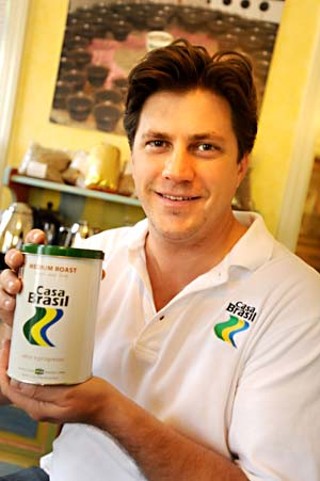 In the fall of 2008, Joel Shuler, owner of Casa Brasil, received the Specialty Coffee Association of America's title of Certified Cupping Judge after completing a rigorous five-day series of exams covering all aspects of coffee. He had spent most of the year traveling back to his native country searching for coffees for his new project, Casa Brasil's farmer-direct series. The goal was to create outstanding blends from vacuum-packed, farm-fresh beans from some of Brazil's finest growers, imported directly by Casa Brasil and roasted fresh in Austin. By cutting out the middleman, Shuler guarantees the foremost quality at the best prices while establishing social progress initiatives that can bring positive change and prosperity to the people of Brazil. Among these are educational and training programs and scholarships, including one in conjunction with Whole Foods Market. Shuler says: "Our mission at Casa Brasil is to reward farmers dedicated to excellence by providing them a direct line to your cup." Casa Brasil is also involved with local initiatives such as the AIDS Walk with AIDS Services of Austin.

The coffees are some of the best I've ever had, and they come in cute, reusable tin cans (think stocking stuffer) with the motto Sabor e Progresso ("Flavor and Progress"), Shuler's playful homage to the official motto of Brazil, Ordem e Progresso. The medium roast is lively and bright, perfect for a cup or two at breakfast. The dark roast is robust and flavorful, great for those who like a strong cup. Shuler is currently working with the University of Lavras in Minas Gerais to map out the geographical boundaries of Brazil's coffee regions through distinct flavor profiling. And since there are only a few hundred Certified Cupping Judges worldwide (despite the fact that coffee is second only to oil as the most traded commodity in the world), Austin can claim to have coffee royalty amongst its residents.

Casa Brasil coffee is currently at Whole Foods and Wheatsville Co-op, or contact Joel Shuler at 407-9887 or info@casabrasilcoffees.com. 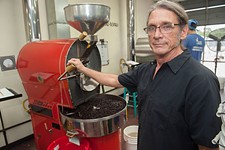