Tweet
print
write a letter
Combining two of my favorite addictions – ice cream and beer – Amy's Ice Creams is teaming up with Austin's (512) Brewing Co. to produce a Pecan Porter flavor. It's not Amy's first venture into the brewery/creamery combo – it's produced Shiner Bock and Guin­ness Stout varieties for years now. The Pecan Porter ice cream will be available at the Sixth and Lamar and Arboretum locations...

Frustrated by the difficulties faced by those who try to ply the brewing trade in Texas, a group of beer lovers has formed an activist group called Texas Microbrewery Advocates. Spearheaded by recent Univer­sity of Texas grad Matt Jones – who, as a student, conducted a study of the obstacles brewers must deal with here – the group currently exists mainly as a Facebook page, but a website is well under way. The group plans to lobby the Legislature for beer-friendly laws, including lifting the prohibition against breweries selling their product on-site (a move that has failed in past Lege sessions)...

The real Oktoberfest is already under way in Germany, and Texans are ready to follow suit. Just about every watering hole will have a party, but here are a few we're aware of: Zax Pints & Plates, 312 Barton Springs Rd., Thursday, Oct. 8, 7pm (including a cask of Live Oak Oaktober­fest!); North by Northwest Restaurant & Brewery, 10010 Capital of TX Hwy N., all day Saturday and Sunday, Oct. 24-25, (a favorite of mine, with great food, oompah music, and activities for kids – bouncy houses, face-painting, etc.); and out of town, the Hill Country towns of Fredericks­burg and New Braunfels celebrate their German heritage with huge blowouts, the former with Oktoberfest, Oct. 2-4 (www.oktoberfestinfbg.com), and the latter with Wurstfest, Oct. 30-Nov. 8 (www.wurstfest.com). 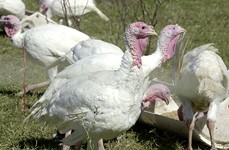