Defeating the porcelain god and that pounding brain 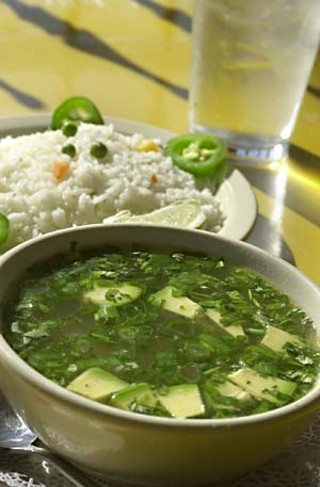 Back in the 19th century, the word "hangover" originally referred to unfinished business or a part of a job not completed, something leftover from a meeting, or survival. In 1904, the meaning "aftereffects of drinking too much" first surfaced, based on the concept that the hangover was something left over, something very, very horrible. The medical term for a hangover is veisalgia, described as a physical reaction to the overconsumption of drugs, especially alcoholic beverages. "Physical reaction" is an understatement. Anyone who has suffered the pounding headache, nausea, sensitivity to light and noise, general lethargy, thirst, depression, and irritability of a hangover probably has his or her own version of a cure. Unfortunately many of the "cures" are myths, and it helps to know what physically causes the pain.

Physicians tell us that too much booze causes low blood sugar, dehydration (alcohol is a diuretic, and it blocks hormones in your kidney that normally slow the frequency of urination, so you urinate more), vitamin B-12 deficiency, and acetaldehyde intoxication. Your body can process about one drink per hour and stay on an even keel. This gets complicated, but the alcohol dehydrogenase enzyme in your liver converts booze into acetaldehyde. Normally it's then converted into harmless acetate by an enzyme called acetaldehyde dehydrogenase and a substance called glutathione, but if you exceed the limits of your body and liver, not enough conversion occurs and the acetaldehyde begins to accumulate to toxic levels. This toxicity is the root cause of your pain, and it takes time for your body to process excessive amounts of acetaldehyde and purge the demon from your body.

Alcohol intake also inhibits glutamine, one of the body's natural stimulants. When a drinker stops drinking, the body ends up making more glutamine than it needs, stimulating the brain while the drinker is trying to sleep. This prevents achieving the REM state, which helps to cause the fatigue of a hangover. Severe glutamine rebound during a hangover can also contribute to tremors, anxiety, restlessness, and increased blood pressure.

Alcohol irritates the stomach lining while simultaneously promoting the secretion of more hydrochloric acid to speed up digestion of the irritant. With enough of this, the nerves tell your brain that your stomach contents are hurting your body, and it's time to empty the stomach involuntarily; that's when the vomiting stage begins. This can help by reducing the alcohol in your stomach but also leads to hangover symptoms such as "sour stomach," diarrhea, and loss of appetite.

Some 25% to 30% of drinkers are thought to have natural resistance to the symptoms of a hangover, making them more susceptible to alcoholism; if it doesn't hurt to drink, you tend to drink more. Women and many people of Asian descent, on the other hand, naturally possess lower levels of acetaldehyde dehydrogenase, so they tend to accumulate toxins much quicker. Women also have lower levels of glutathione, making their hangovers worse because it takes longer for the body to break down the alcohol. While digesting alcohol, your body produces lactic acid and other byproducts that inhibit the production of glucose (sugar) and electrolytes (salts and other minerals that keep your body functioning properly). Potassium gets depleted due to increased urination, which can contribute to weakness and a feeling of malaise.

Nothing prevents a hangover like not drinking alcohol, but some feel that takes all the fun out of the night.

• Eating fatty foods before you start drinking actually helps. Fatty foods tend to coat the stomach lining, slowing down the uptake of alcohol into the system while decreasing irritation. In fact, a common Medi­terranean trick is to drink a spoonful of olive oil before carousing.

• What you drink matters a lot. Carbonation speeds up absorption of alcohol. Congeners are natural byproducts of alcohol fermentation, and the higher the congener content, the worse the hangover. Gin and vodka have the fewest congeners, while bourbon and red wine have the most.

• In general, cheaper liquor results in a worse hangover than more expensive liquor.

• Staying hydrated helps immensely: Drink one glass of water for every two drinks you consume and two glasses before you hit the hay, ideally combined with two aspirin.

Hair of the dog? Forget it; it doesn't work and actually makes it worse. Burned toast? Nope, it's not activated charcoal. Coffee? While it is a vasodilator and helps with the headache, it's also a diuretic and worsens dehydration. Drinking water, especially water with a little sugar and salt added, helps replenish sodium and glycogen. Acetaminophen can cause liver damage when combined with alcohol, so stick to aspirin instead. Cold shower? It just lowers your body temperature even more. Sweating it out? Exercise does not speed up the metabolism of alcohol. Antacids might help heartburn but won't affect nausea. Hangover pills? Most research shows they work only because you have to drink them with lots of water. Scalp massages and cold compresses on your forehead actually help, simply because they stimulate circulation to the head.

There are a lot of local dishes that are rumored to be tried-and-true cures for the hangover, and even if they fail, you end up getting some damn fine food out of the bargain.

• Nothing fortifies like a bowl of steaming soup, especially spicy Mexican soup laced with vitamin-rich chiles. Birria, the famous Jalisco soup made from chiles and goat or lamb, has a solid reputation as a hangover cure. Get it at Borrego de Oro II (3900 S. Con­gress, 866/609-1572, www.elborregodeoro.com).

• Ask any Brit, and he or she will swear that nothing beats a hangover like the traditional British fry-up breakfast (eggs, sausage, bacon, beans, toast, broiled tomato, mushrooms, black pudding). Limp into Fadó Irish Pub & Restaurant (214 W. Fourth, 457-0172, www.fadoirishpub.com) or Fiddler's Hearth (301 Barton Springs Rd., 535-5008, www.fiddlershearth.com) to get refreshed.

• Ginger is one of the most calming things you can consume for the stomach. Maine Root Ginger Brew (www.maineroot.com) conjures up some healthy burps and is available all over town, while the Tea Embassy (900 Rio Grande, 330-9991, www.teaembassy.com) has gin­ger tea as well as a Hangover Helper tea.