Fabulous Texas rum on the cheap 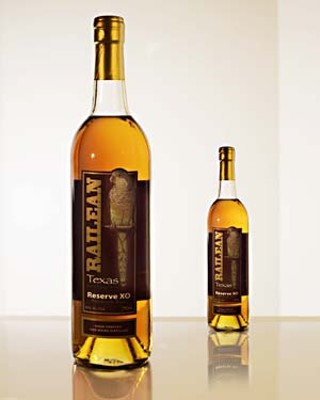 What hath Tito wrought? The guy just goes out and makes himself rich, and suddenly distillers all over the state get the courage to try their own. So far, we've had an unusually good run, with just about everyone producing quality spirits. The newest Texan on the store shelves is Railean Rum from just off the Galveston Bay in San Leon. This is a small-batch, handmade rum using an interesting still that has the benefits of both a pot still and a column still, allowing both precision and fresh flavors. Owners Matt and Kelly Railean searched long and hard to find just the right unsulfured molasses for their White ($18) and Reserve XO ($20) rums. While the sulfur would probably be distilled out, the Raileans believe that it leaves a hint of a flavor and aroma they don't want in their rum.

The White Rum is my favorite because of its bright flavors and hints of honey and lime. The Raileans recommend using their White Rum to make traditional tropical drinks, though it is soft enough to just drop in a few ice cubes and a squish of lime and drink by itself. But the Reserve XO makes a great sipping rum. This is what the distillers recommend for a Cuba Libre, though it seems a shame to add rum this good to a Coke. Instead, just add a few drops of water to let the oak and caramel aromas bloom, and its enticing smoothness will keep you sipping.

I'm always hesitant to call any libation "the best," because I haven't tried them all. I can say that both Railean rums are wonderful surprises, and both would be on my short list for the very best rums in the world. 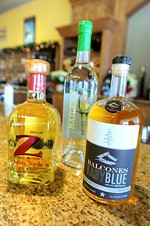 Liquid Assets: Cheap Tequila Jousts With the Big Boys!
Cuervo Silver does a credible job of nipping at the heels of the big boys