Nineteen restaurants – more than a thousand years of history 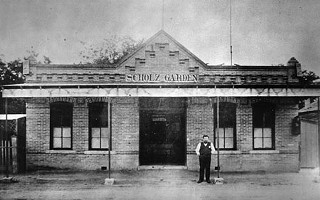 Whether you're a native Austinite, a newly minted college freshman, a rival football fan, or a graduate just in town on a visit, it can hardly escape your notice that Austin is a rapidly changing city. Construction cranes and traffic detours dot the Downtown and campus-area landscapes, making it entirely likely that your hallowed college hangout has recently been replaced by a shiny new high-rise tower complete with trendy street-level boutiques and posh restaurants. That's right – this city once known primarily for Tex-Mex food and barbecue joints now boasts a rich and diverse culinary scene with nationally recognized fine-dining spots, wine bars, comfort-food cafes, and an ever-expanding array of enticing ethnic choices. All this development-driven culinary evolution comes with a price, though. Every time a new condo project or hotel pops up on the local Monopoly board, it seems another remnant of someone's precious old Austin memories also disappears. Rest in peace El Matamoros, Armadillo World Headquarters, Liberty Lunch, Les Amis, and Las Manitas, just to name a few. We have discovered a remarkable flip side to these considerable losses, however. Austin can boast more than 20 food-related businesses that have been in (almost) continuous operation for 50 to 140 years and 80 more that have flourished from 25 to 49 years (see "Landmark Eateries"). Turns out there are still plenty of culinary landmarks on the local menu, and your beloved touchstone could just be among them.

Austin's oldest outdoor bier garten and dining hall is the historic Scholz Garten (1607 San Jacinto, 474-1958, www.scholzgarten.net) built by German immigrant August Scholz in 1866. The large local German population gathered there to eat, drink, and discuss the political events in the Texas capital, much the same way Austinites still do today. In 1893, fans from the young University of Texas celebrated an unbeaten football season in the Scholz Garten, establishing another enduring local tradition. The Austin Saengerrunde purchased the property in 1908 and added the adjacent bowling alley. During its 100-year stewardship of Scholz Garten, the singing society has leased the food-service space to restaurateurs with an appreciation for the property's rich heritage. 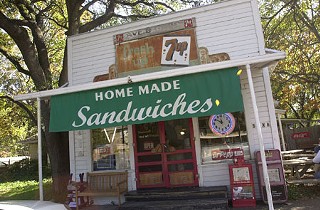 Cattle baron Jesse Driskill completed his luxurious hotel at what was then the corner of Pecan and Brazos streets (604 Brazos, 474-5911, www.driskillhotel.com) in 1886. The Driskill's second-floor dining room with tall windows and dramatic skylight was the local epicenter of fine dining in its day and a favorite spot from which to observe the construction of the new granite Capitol building a few blocks to the north. Though the Driskill has changed owners many times over the years and its fortunes tend to wax and wane, the grand old hotel has also played an important role in the social and political life of the city and the state throughout its lifespan. Today, the Driskill is once again a culinary mecca, and the newest owners have just completed extensive renovations of the 189 guest rooms.

Modern-day Austin supports a thriving young artisan-food manufacturing industry, but the longest local track record for that type of operation belongs to Lammes Candies (multiple locations, www.lammes.com). The company was founded here in 1885 and maintained a presence on Congress Avenue for more than 100 years. These days, a fifth generation of the Lamme family operates several retail outlets around the city, as well as a thriving mail-order business – a box of peppermint taffy or chewy pralines anyone? And although the H.E. Butt Co. can claim to be Texas' oldest grocery store chain, and Fresh Plus (Kash-Karry) is Austin's oldest, the tiny Avenue B Grocery (4403 Ave. B, 453-3921, www.avenuebgrocery.com) in Austin's first suburb is the longest running grocer at roughly 100 years of age. Current owner Ross Mason stocks a select grocery inventory and sells delicious, hand-crafted deli sandwiches with a free side of Hyde Park neighborhood history. He dreams of reaching the same sales volume enjoyed by the small neighborhood grocery outlets in the new Downtown loft developments.

This brings us into the early 20th century with 19 more landmark eateries presented here according to age. Chronicle Food writers Mick Vann, Claudia Alarcón, Kate Thornberry, Wes Marshall, Barbara Chis­holm, and I spend most of our time chasing emerging trends and reporting on Austin's newest culinary hot spots, but we've spent the last few weeks researching restaurant histories, perusing old menus, and begging for treasured family photos. (I would especially like to thank Richard Zelade and Eddie Wilson for their help with our research.) Our indefatigable staff photographer John Anderson copied many precious archival photos to help bring our stories to life. The common thread in the stories we found is a commitment to family, community, consistency, and tradition. If we've somehow managed to overlook some hallowed spot, believe me, the oversight was unintended – unearthing the information we do have was a fascinating and often frustrating challenge. And some iconic local spots that conceivably fit the age criteria we established didn't quite fit when it came to the food-service angle. Take, for instance, the Victory Grill (1945-present): Though the fabled Chitlin Circuit outpost is clearly one of the cradles of Austin's storied music scene, food service there has been spotty at best in recent years. We also considered Maudíe's Cafe and G&M Steakhouse but ultimately decided that although both buildings fit the age range, Maudíe's Tex-Mex and the Counter Cafe are distinctly different from the eateries originally located in those buildings.

We'll certainly understand if you choose to check out a chic wine bar or hot new restaurant this weekend, but based on our research, we encourage you to make time to appreciate some of Austin's culinary landmarks while you're at it. 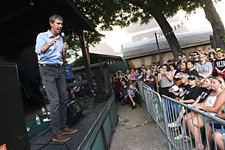 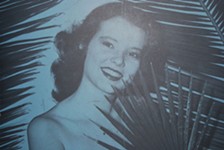