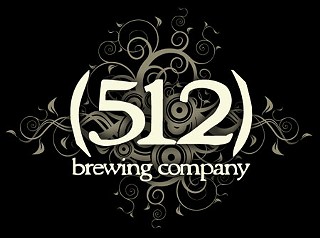 Austin's newest beermaker, (512) Brewing Co., is now open for business. At the moment, their product is only found on tap in most of Austin's better beer bars or in kegs at Party Barn, Spec's, and Oak Hill Liquor. And they're starting modestly with just two beers: a Belgian-style wit beer ("wit" means a white wheat beer;­ for you Austin old-timers, think Celis White) and a pale ale. I tried a pint of the pale, and it's a solid rendering of the classic style. Perhaps not the best version I've tried, although I noticed it got better as I came closer to the bottom of the glass (insert drunk joke here). And I'm really not a big fan of wheat beers, but the small taste I had of the wit wasn't bad.­ I'm tempted to go get a full glass and see if I become a wheat convert. They're off to a solid start, and I'll definitely be ordering more.

You may have noticed that Shiner has a new beer on the shelves, Spezial Leicht. Although Shiner has had a light beer for some time now, Leicht is a true light, clocking in at just 99 calories. You also may have noticed that another Shiner has disappeared – that's because Leicht has replaced Shiner Kölsch as its seasonal summer brew. I'm sure the folks at Spoetzl Brewery had financially sound reasons for this move – there is apparently no shortage of people in this world who will drink flavorless, fizzy, yellow water under the mistaken impression that it is beer­ – but speaking on behalf of those who like some flavor and body, the discontinuation of Kölsch is tragic. It ranked with Real Ale's Firemans 4 and Saint Arnold Summer Pils among my favorites when I needed a cold, crisp drink on these brutally hot summer days.

Beginning this month, North by Northwest's cask-conditioned beer night moves from the last Wednesday of the month to the last Monday. Please don't go – I'm tired of crowds of people quickly draining brewmaster Ty Phelps' keg of delicious cask-conditioned ale and depriving me of a second glass.

Diaries of 'The Beer Diaries'
Two guys, 12 episodes, and more lucky circumstances than you can count 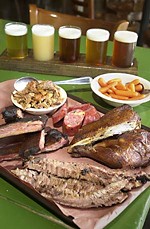