The Best Micheladas in Austin 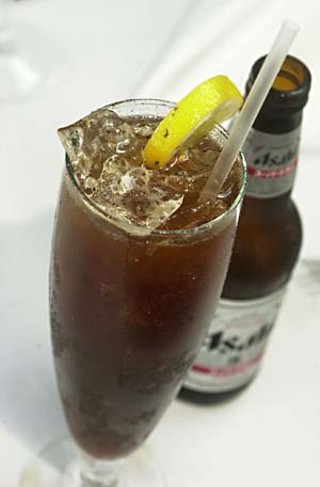 Once upon a time, micheladas were found at only a few places in Austin. Mexican restaurants like Polvo's and Evita's Botanitas started adding them to menus a few years back. Eventually, the trend spread to other places, and today most savvy bartenders can make them. Nowadays, alternative versions appear on chic restaurant menus on a regular basis. However, there is confusion as to exactly what makes a genuine michelada. This is probably because in Mexico there are several variations of the popular beer cocktail, and every bartender has his or her preferred or "secret" ingredients. The drink also goes by a few different names, adding to the confusion.

In Mexico, the traditional michelada is also known as a chelada. The refreshing aperitif consists of a light lager served over ice in a salt-rimmed glass, topped with freshly squeezed lime juice. A spicy variation, sometimes known as a michelada cubana (probably a reference to the heat from chile habanero), is made by adding any or all of the following ingredients: Maggi seasoning, Worcestershire sauce, soy sauce, Tabasco or other bottled hot sauce, cayenne pepper, powdered chile, and black pepper. Contrary to popular belief, tomato juice, Bloody Mary mix, and Clamato are not traditional Mexican michelada ingredients. In Mexico, a michelada with Clamato is known as Clamato con cerveza or cerveza preparada. Bloody Mary mix is never used in Mexico but is popular in the U.S. as a shortcut. However, I find that the horseradish in most Bloody Mary mixes alters the taste, and a chunky mix makes the drink too thick to be refreshing.

In Austin, Saba Blue Water Cafe was one of the first non-Mexican restaurants to make a simple lime and salt michelada. Ranch 616 featured the Michilada Negra ($4.50) early on, made with Negra Modelo, adding a richer taste. Recently, they started adding a shot of homemade Bloody Mary mix, so the beer taste is lost. The michelada at the Nomad is made with your choice of beer and a homemade mix spiced with Sriracha sauce, mild horseradish, and minced garlic. The cool version at Lamberts ($6), made with their from-scratch Bloody Mary mix using fresh tomatoes, is served over crushed ice, almost a michelada slushy.

The bar at Hotel San José may not be the first choice when thinking of micheladas, but they offer a killer cubana style ($4.50 with Modelo Especial). Made to order with freshly squeezed lime, Worcestershire, and Tabasco, topped with freshly ground pepper, it is refreshing and flavorful. Starlite's Japanese michelada ($6) is unusually delicious, made with Asahi Super Dry seasoned with lime, soy sauce, a very generous dose of Sriracha sauce, and spices. No tomato here – the red color is strictly Sriracha!

Austin's many Mexican restaurants are the obvious choices when looking for micheladas. In my book, the best is still at El Chile Cafe & Cantina, perhaps because of the frosty goblet and the generous rim of their secret salt-and-chile spice mix. The version at Azul Tequila is quite spicy, adding powdered chile (chipotle, perhaps?) along with a good dose of Tabasco and lots of fresh lime. They also offer it with tomato or without. Vivo serves a lime-and-salt chilada ($4), as well as a michelada with fresh lime, Tabasco, Worcestershire sauce, salt, pepper, and celery salt ($4.75). Seafood standout La Mojar­ra Feliz ($3.25) makes one that is tangy and spicy, perfect to chase a fresh shrimp cocktail. The bar at Mariscos Tampico on Pleas­ant Valley serves a beer cocktail made with orange soda, an odd ingredient that adds a pleasant sweetness but also a good dose of artificial orange flavor.

Thanks to the michelada's nationwide popularity, beer giants Miller and Anheuser-Busch have released their own premade versions: Miller Chill and Budweiser Chelada (which they claim "pairs well with traditional Latino dishes such as ceviche, chicken enchiladas, tamales and tomatillos" – whatever). Recently, Austin entrepreneur and michelada fan Sean Dick­son released a mix called Gitcho Michelada. In several taste-test trials (one being conducted as this was written), Gitcho proved to be an adequate substitute for my own spicy mix and works great in a pinch. It will come in handy for tailgating and parties come football season! Dickson suggests adding one part Gitcho to four parts beer, but the amount can be increased or decreased to taste. Since it is mild, spiciness can be added al gusto. Gitcho can be found at select Twin Liquors stores in the Austin area and is available for restaurant use. (Note to Bloody Mary mix users: The taste is much better and more authentic. If you need a shortcut, I highly recommend Gitcho.)

This is not – by any means – a comprehensive review of all the micheladas available in town. If I didn't mention your favorite or if there's a secret you'd like to share, please contact us and give me a heads-up. ¡Salud! 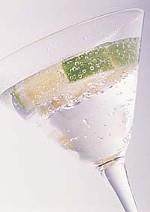