From the Aztecs to the Austin Aztex, everybody's eating avocados 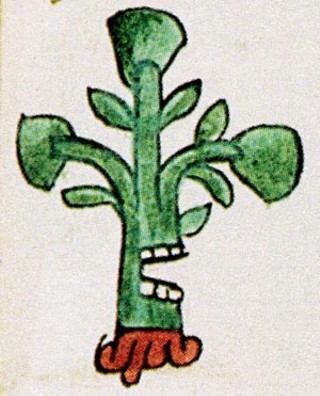 Aztec pictogram for the town of Ahuacatlan, a “place where there are many avocado trees”

A billion pounds. That's the weight of avocados that Americans eat each year. And it's no quirk that the two biggest consumption days in the United States are Super Bowl Sunday and Cinco de Mayo. If we ever needed a food metaphor for the culinary melting pot that is Amer­i­can food, avocados and guacamole could be it.

That said, unless you live in an avocado-growing region like Southern California or Florida (or perhaps the Rio Grande Valley in Texas), you probably haven't given much thought to the avocados that are available year-round in grocery stores. Where do they come from? How do they grow? How did we develop such a taste for this odd, semitropical fruit that seems more like a vegetable, contains a significant amount of oil, and is almost exclusively consumed raw?

The avocado tree, Persea americana, is a member of the laurel family, related to cinnamon, bay, and sassafras. Along with corn, beans, and peppers, the fruit was one of the staples of the pre-Columbian Mesoamerican diet. Archaeological evidence indicates that wild avocados probably originated in South-Central Mexico and were cultivated throughout Mexico, Central America, and South America as early as 7,000 years ago. 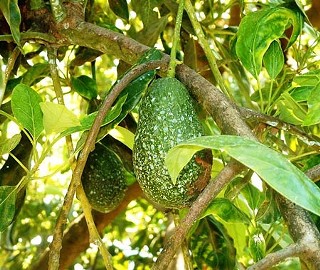 The first published Western account of avocados is from 1518, when conquistador Martín Fernández de Enciso described the fruit he ate in Colombia. When Hernán Cortés entered Tenochtitlan (now Mexico City) in 1519, he found avocados an integral part of sophisticated meals consumed by Aztec Emperor Montezuma, including a sauce of mashed avocado, tomato, and onion called ahuaca-mulli.

The Aztecs called the fruit ahuacatl, the same word they used for testicle, believing them to be aphrodisiacs with male-strengthening properties. Food historian Sophie Coe tells us that avocados were critical to the low-fat Mesoamerican diet because they contain up to 30% oil. Spaniards transcribed ahuacatl to aguacate; in a 1526 report to Charles V of Spain, New World chronicler Fernández de Oviedo describes a paste similar to butter that is "very good eating."

With the Spanish conquest and European exploration, avocados spread around the Carib­bean and ultimately to the Pacific, the Philip­pines, and Southeast Asian countries. The first mention of avocados in English was in 1672 by W. Hughes, physician to King Charles II, after visiting Jamaica. He calls them "one of the most rare and pleasant fruits of the island. It nourisheth and strengtheneth the body, corroborating the spirits and procuring lust exceedingly." During the 1700s, avocados became known as alligator pears, subaltern's butter, midshipman's butter, shell pears, and Spanish pears. George Washington wrote of "agovago pairs" while visiting Barbados in 1751, but confessed he really preferred pineapples.

Avocados from Cuba were probably planted in Florida by 1833, but Mexican avocados weren't introduced into California until about 1848. Plantings are documented around Santa Barbara and Los Angeles through the 1890s, but the real birth of the California industry occurred after a single Mexican variety named Fuerte survived the great freeze of 1913; after that, Fuertes were planted with wild abandon. 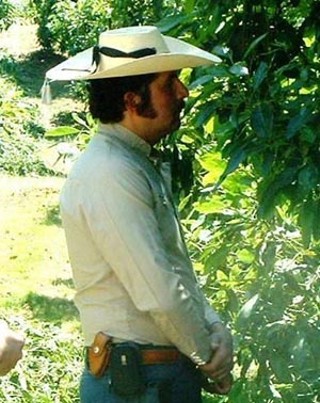 As part of the larger boom in subtropical crops, Southern California real estate developers promoted avocado-growing as a means to live easy and get rich quick; thousands of acres were cultivated between San Diego and San Luis Obispo. However, beyond the traditional avocado-eating Southwest, there wasn't much of a demand, and as production exploded, growers were forced to create a market. Calavo, the growers' cooperative formed in 1924, advertised in such upscale venues as The New Yorker and Vogue and distributed recipes for "calavos" to food editors around the country. Avocados were promoted as the last word in chic elegance; their traditional ethnic heritage was downplayed for decades.

The ubiquitous Hass avocado, developed in 1926 by L.A. mail-carrier Rudolph Hass, caught on in the Fifties and now is a virtual monoculture – it constitutes 90% of California's commercial crop, which in turn represents 95% of all avocados grown in the U.S. Hass is well suited to Southern California growing conditions, and unlike the more delicate varieties, it withstands shipping very well – it's the only type that most Americans ever see in the store. However, enthusiasts and connoisseurs grow myriad other varieties; the University of Cali­for­nia South Coast Research and Extension Center in Irvine maintains more than 150 species. In 2008, the California Rare Fruit Growers Association is celebrating the Year of the Avocado.

During the 20th century, the California avocado industry built a flourishing market in the Southwest, where Latin American culinary influences were well established. However, it wasn't until the Latino migration of the 1970s that the avocado market expanded much into the rest of the country. The California industry's success was aided significantly by 1914 federal legislation that – in the name of pest and disease control – prohibited any importation from Mexico and other countries.

Some 80 years later, Chilean avocados were first permitted into the U.S. In 1997, limited importation of Mexican Hass avocados was allowed – only from the state of Michoacán and only into 19 Northeastern states. This occurred after a longstanding collaboration between the United States Department of Agriculture and its Mexican counterpart, Secretaría de Agricultura, Ganadería, Desarrollo Rural, Pesca y Alimentación (Sagarpa), wherein the two countries developed and enforced strict compliance with phytosanitary standards and procedures for picking, packing, and shipping to the U.S. As of 2007, avocados from Mich­o­a­cán are now imported into all 50 states. 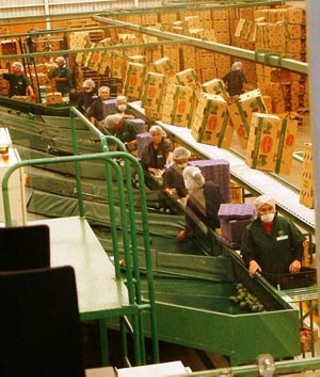 The fears of the California industry that Mexi­can avocados would introduce disease and a market glut haven't materialized. In fact, the U.S. demand for avocados now far exceeds California's capacity, particularly after the crop-debilitating freezes and severe water shortages of recent years. In 2007, Tom Bellamore, then-vice president of the California Avocado Commission, said: "Our partners in Chile and Mexico are needed. ... They've earned the right to ship their product to the U.S. market." An interesting spirit of international collaboration has developed among producers, and some of the largest California packers such as West Pak, Mission Produce, Prime Produce, and Calavo now maintain plants in Michoacán. Charley Wolk, a grower who leads the Hass Avocado Board, puts it this way: "The Mexican growers are not our enemies. They are our partners."

So what about the avocado industry in Mexico, an ancient source of avocado trees and the world's largest avocado-producing country? Not too surprisingly, Mexico has the highest avocado consumption rate on the planet – 20 pounds per person per year.

As in the U.S., where more than 90% of avocados come from one state (California), the vast majority of Mexican avocados are exported from the state of Michoacán, centered around the small city of Uruapan. Michoacán exports avocados to France, Japan, the UK, Canada, and now, the United States. And, as in the U.S., most Michoacán avocados are the transport-friendly Hass variety, grafted onto the indigenous Mexican Criollo rootstock.

Directly west of Mexico City, Michoacán is a beautiful, mountainous region with porous volcanic soil, lush vegetation, and significant rainfall for half the year that supplies much of the water needed for avocado production. As in California, most Michoacán avocado growers are small, with orchards of 10 hectares (24.7 acres) or less.

Victor Moreno Torres, promotions director for the Avocado Producers and Exporting Pack­ers Association of Michoacán (APEAM), explains that avocados, directly and indirectly, provide about 300,000 jobs in the state and that the purpose of APEAM is not only to support the members and export more avocados but to regulate the expansion rate, not flood the market, and not cut down the state's forests in the process.

Michoacán is home to a small (80), viable group of certified organic avocado growers. Third-generation grower Agustín Audiffred Ayala transitioned his family's 60-year-old groves to organic 11 years ago; the farm now operates in a closed-loop system – pigs are fed the fallen avocados that cannot be exported to produce the compost that fertilizes the trees.

Avocado commercialization occurs via the packing houses; a packer's agents go into the growers' orchards to assess and buy the crops and then send experienced pickers to harvest the fruit by hand. More than 4,000 Michoacán growers and 30 packers are certified as meeting the stringent USDA/SAGARPA standards enforced by teams representing both agencies. They regularly inspect the fruit and the process, from the orchard to the packing plant to the shipping in sealed, refrigerated trucks.

Typically, it's about a four-day trip from the tree in Michoacán to a U.S. grocery store. According to Salvador Ortiz Briones, internal communications manager of APEAM: "Every box of avocados has a number that identifies the grower, the orchard, and the packer. If there's ever a problem, it's clear exactly where the avocado comes from. The orchard would be quarantined, and the packing system shut down and cleaned. But, in the 10 years since we've exported to the U.S., there haven't been any problems yet."