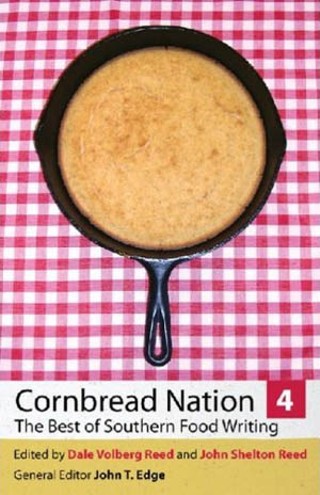 
Over the past few years, traditional Southern cooking has enjoyed something of a proud renaissance at home and has become steadily more popular in other areas of the country. No doubt, this is partly due to the larger (inter-)national movement toward appreciation of regional foods and foodways, but I believe it also results from the considerable efforts of the University of Mississippi-based Southern Food­ways Alliance.

Founded in 1999, the alliance formed to bring "Southerners together to eat Southern food and to talk about it." Via its annual symposium in Oxford, Miss.; regional field trips; and extensive oral history projects, SFA has collected scholars, cooks, farmers, producers, and writers together to celebrate, document, and debate the vast range of topics that constitutes what gets harvested, cooked, eaten, and drunk across the American South.

One of the fruits of this far-flung collaboration is the intermittently published Cornbread Nation: The Best of Southern Food Writing. This fourth volume in the series – edited by Dale Volberg Reed and John Shelton Reed (authors of 1001 Things Everyone Should Know About the South) and SFA Director John T. Edge – is a rich stew of 49 essays on subjects from roux to MoonPies to peanuts, three poems, and a black-and-white photo series on the oyster farmers of Apalachicola, Fla.

Opening with a heartbreakingly lovely prose poem by the late, great chef/writer Edna Lewis entitled "Spring," the collection is organized into eight roughly thematic sections, with titles like "Sweet Things," "Corndog Nation," and "Inter­lude: The Lowcountry." While there are high (and low) points throughout, some of the most engaging writing is collected in "Louisiana and the Gulf Coast, After." In "This Isn't the Last Dance," Rick Bragg writes of post-Katrina New Orleans: "I have seen these people dance, laughing, to the edge of the grave. I believe now that they will dance back from it."