Beer drinkers in Austin are lucky. Not only do we have craft brewers pouring great product and beer joints that cover every beer available in Texas, but we also have four good to great places where they make their own beer.

If you are driving a beat-up old car with a "Keep Austin Weird" sticker and your tattoos show even when you are wearing a long-sleeve shirt, the place for you is Lovejoys Tap Room & Brewery (604 Neches, 477-1268). This is a place for beer-drinking with little in the way of extravagant niceties. No food to speak of, although there's food aplenty just out on Sixth Street. The brewmaster, Russell Hall, usually keeps two to four beers going and changes them regularly.

The Draught House Pub & Brewery (4112 Medical Pkwy., 452-6258, www.draughthouse.com) is a big favorite for serious beer drinkers. Seventy beers on tap, including five made in-house, guarantee something for everyone. They even have – shudder – light beer. Belgian beer connoisseurs will grab a powerful St. Bernardus Abt 12 or a yummy Tripel Karmeliet. In fact, it's so easy to pick a guest beer, you might miss brewmaster Josh Wilson's wonderful brews. Be sure to try the rich American Brown. The Draught House wins the "knowledgeable staff" award, and by a long margin. They'll even tell you which beers are bad! Tuesdays all pints are $2.75, and Thursdays their own beer runs $2.25 a pint.

Uncle Billy's Brew & Que (1530 Barton Springs Rd., 476-0100, www.unclebillysaustin.com) is the newest of the brewpubs, but it has a great name in Austin beer circles, as its brewmaster, Brian Peters, was one of the founders of Live Oak Brewing Co. and was the replacement for Tim Schwartz when he left for Real Ale. Peters is making six beers from the light Back 40 Blonde Ale to smoked porters and coffee stouts. Hefeweizen fans should head straight for the Haystack. Uncle Billy's also has a full kitchen specializing in barbecue, which goes great with the Axe Handle Pale Ale.

North by Northwest Restaurant & Brewery (10010 Capital of TX Hwy. N., 467-6969, www.nxnwbrew.com) not only has food; they have creative, sure-handed chef George Powell, whose roasted garlic bulbs with goat cheese and black-pepper crostini make any beer taste better. Not that brewmaster Don Thompson's beers need any help. Thompson has five brews that are regulars on the menu, but he always has one tap slot open for his latest creation. I have to admit a fondness for the brewery's Bavarian Hefeweizen, though I usually opt for the special, just to see what Thompson is up to. The best strategy is to get one of their six beer tasters and make your decision on a whim. 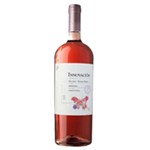