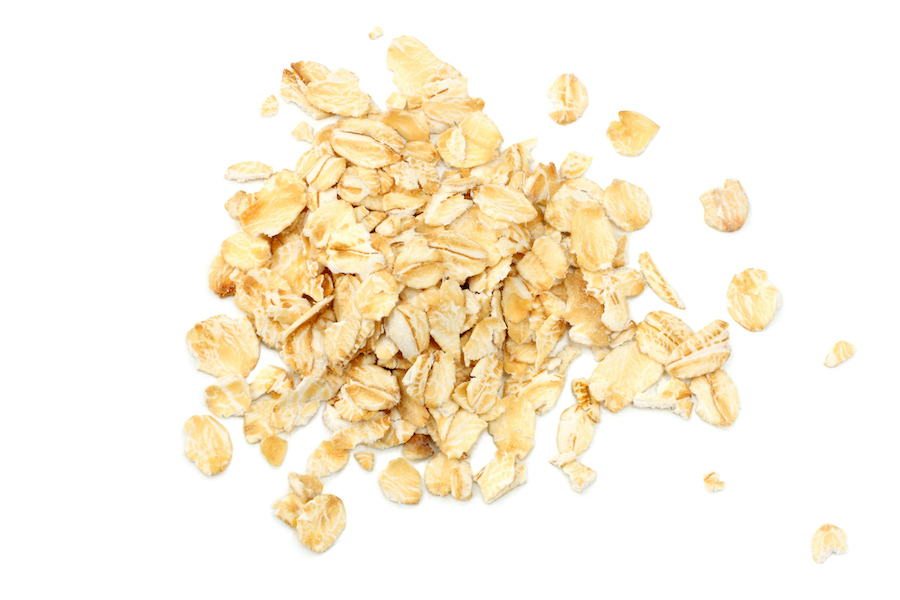 I think it's safe to say that the experience of coming in from the cold and being greeted by the smell of fresh bread baking in the oven is an archetypal ideal, beguiling enough to entice most people to attempt it at least once. In my case, my first bread experiment resulted in two fragrant yet coarse and inedible bricks, and I immediately gave up. (Because, you know, you don't have to make bread; they've got it at the store.)

Twenty years later, my friend Brian Beattie gave me a loaf of Grandma Dottie's Oatmeal Bread as a gift. (The recipe is from the kitchen of his maternal grandmother, Dorothy Wilson McElroy, who frequently made it for her grandchildren when they visited her in the summer.) It was so satisfying and hauntingly memorable that it became my favorite present. After a year or so of only getting to have it when Brian felt like making it, I dimly (and moronically) realized that if I could just get past the trauma of my early bread failure, I could make it for myself whenever I wanted!

It came out perfect the very first time: tall and stately, with a light crumb and amazing depth of flavor. This marvelous bread seems to have a healing and addictive effect on everyone who tries it (most notably cookbook author Didi Emmons, who included it in her book Vegetarian Planet). It's a dark bread, outwardly resembling a loaf of rye, but the flavor is sweet and wheaty, perfect for sandwiches, toast, and eating plain with butter.

Because my initial "flop" bread-making experience is such a common one, I've broken down the recipe into elaborately explained, this-cannot-possibly-fail steps. – Kate Thornberry

This recipe will make two loaves, so have two loaf pans. Also, bake bread on a day when you are going to be home all day. It's hard to predict how long things will take (like dough rising), and it's just better to know you can be relaxed about it. After all, this is probably something you are doing for fun, so don't set yourself up to get stressed.

6-8 cups unbleached flour (You can use half whole-wheat flour if you want; I do.)

1) In the bowl of your stand mixer, combine the 2 cups of oats and the 2 cups of boiling water. Put the dough hook on. Put it on speed one or two, and let it stir around in a desultory fashion while you get your other ingredients assembled.

2) Assemble the rest of the ingredients. Add the scalded milk to the oatmeal mixture. I'm too lazy to scald milk, so I use cold soy milk. Add the molasses and the oil.

3) This step is very important! Allow the mixture in the mixer bowl to become room temperature. Room temperature means that when you stick your finger in it, it doesn't feel warm to you. At all. (Turn the mixer off, and go do something else for a while if you used hot milk; it takes awhile for the scalded milk to cool.)

4) In another bowl, mix the sugar, 1 cup of the flour, and the yeast. Stir it around. Add to the thoroughly cooled oatmeal mixture, and stir.

6) Add the remaining 5 cups of flour. When thoroughly mixed, if the dough is not pulling away from the sides of the mixing bowl, just keep adding more flour until it does. On a humid day, it might take 9 cups of flour. Add it by the half-cup, and after each addition, let it mix in. When the dough has enough flour, it will pull away from the sides, leaving them clean. Turn your mixer up to a medium speed: This will cause it to labor horribly and probably "walk" across the counter, or the floor, making a dreadful mechanical din. The dough hook will just sort of be stirring in the middle with occasional "thumps."

You only want this to keep kneading (for that is what it is doing once it starts thumping) for a minute or two, because your mixer won't be able to take this for very long. If your mixer starts to smell hot, turn it off immediately. It really doesn't take long, one or two minutes. (If you're kneading by hand, just knead the dough for as long as you feel like. It gets satiny when it's done.)

7) Take the dough hook out, and squeeze the somewhat sticky dough off it. Get a clean kitchen towel, make it totally wet, and then squeeze it out. Now it is completely damp. Drape it over the top of the mixing bowl, and set it in a warm place. (In Texas, most of the year, every place is a warm place. Anywhere where it is between 70 and 100 degrees is fine. It doesn't need to be an artificially hot place like a warming oven.) The bread dough will double in bulk. When it looks like it has doubled (this takes anywhere from an hour to three hours but usually closer to an hour), it's time to make the loaves.

9) Take your bread pans and generously butter them.

10) Pull the dough out of the bowl, and using a sharp knife, cut it in half. Take one half, and using your hands, stretch it out (by pressing on it) into a rectangle shape, about a foot in length. The dough will be sticky but not terribly so, and it will deflate when you do this, and that is fine.

Roll the dough up like a jelly roll. Plop it in a loaf pan with the "seam" side down. Do the same to the other half.

Cover the bread pans with the towel. It should still be dampish from before. In 30 minutes, the dough should double in bulk again, and the loaves will look like loaves. Sometimes I forget about them at this point, and they rise too much, but it never seems to hurt them.

11) Put them in the oven as close to the middle of the oven as your shelves allow. Bake for 45 minutes to an hour. Your whole house will fill with the heavenly smell of fresh bread. When it's done, the outer crust is kind of hard-seeming and delightfully crisp. As it cools, it softens up again.