Almost as good as your grandmother used to make 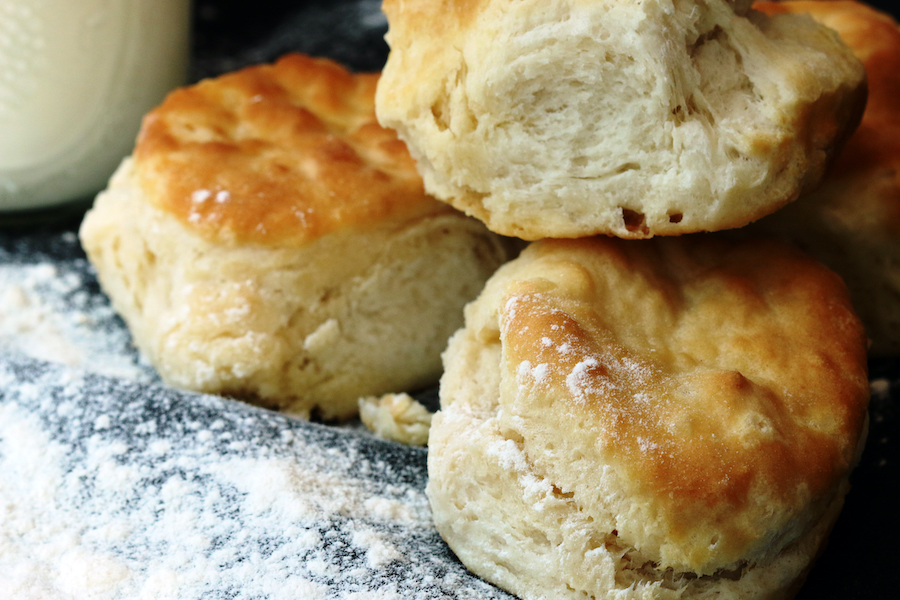 The smell of Ma's incredible biscuits baking is what woke me up when I'd spend the night at my grandmother's house in the country. I could hear her rustling around in the kitchen making breakfast. By the time I'd run in there, the thick homegrown bacon was hitting the cast-iron pan, followed shortly by the yard eggs. An overnight stay at my grandparents' country house in East Texas was, for me, a step way back in time from the modern life of 1950s Bryan.

Ma's biscuits were more technique than recipe. A large wooden bowl, her "biscuit bowl," held flour all the time. When the daily batch of biscuits was to be made, she would cut in some lard or shortening and grab one of the crocks from the dining table that held that day's milk – real milk loaded with butterfat, straight from the cow. She'd pour from the creamy buttery top until she had just the right amount and then throw in a big pinch of baking soda, a bit of baking powder, a dab of salt, and hand-mix it into a dough. In no time she had patted out a pan full and popped them into the oven.

I'd hover at the table, waiting for them to emerge golden brown, with the aroma driving me crazy. I'd break one open, slather it with sweet home-churned butter, and top one side with her ambrosial fig preserves and the other with her amazing dewberry jam – the best biscuits ever. – Mick Vann

Although my mother, an excellent cook, watched my grandmother make the scratch but­ter­milk biscuits hundreds, if not thousands, of times, she was never able to duplicate them. Ma, after all, was using buttermilk that you can't buy in a store, and she knew the proper ratios by touch. This is a reasonable modern-day facsimile, but there will never be biscuits as good as my grandmother used to make.

Combine all dry ingredients, and mix thoroughly. Stir in oil. Add buttermilk, and mix just to combine well. Dump dough out onto a floured surface, and pat into a half-inch layer. Use a 21/4-inch round to cut dough into biscuits. Place into an oiled and sifted 9-inch round baking pan. Bake at 450 degrees for 20-25 minutes or until the tops are golden brown.