Among the Smoldering Embers 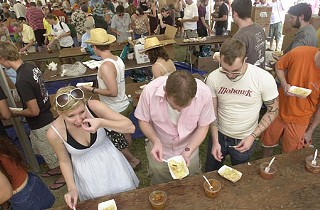 Another summer has come to an end and, with it, another incendiary culinary competition under the blazing sun. We're told that more than 400 salsas were presented for consideration this year and that at least one of the new preliminary judges left the table with a definite capsaicin buzz. In reviewing this year's Hot Sauce Festival outcomes, it's good to see both returning champions and some new blood among the list of winners. In the earlier days of this 17-year-old event, a chef named John Randall concocted salsas that placed regularly in the individual category as well as some that were representative of three different businesses – Green Pastures, the Yellow Rose, and the Texas Chili Parlor – before moving away from Austin and retiring from the competition. These days, a young chef named Paul Petersen has taken up that banner, recently garnering accolades for himself as well as his former Little Texas Bistro in Buda and now trekking back to Austin every August to represent the Gage Hotel from the far West Texas town of Marathon. That shows a man who is as serious about his hot sauce as he is about keeping his toque in the ring here. Speaking of the accomplishments of new winners, Sazón has been open in South Lamar for less than a year, and we're predicting that a win in the red-sauce category will be a boost for their young business. New winners took the top spots in three of the four individual categories this time out, while the same three folks who made the best pico de gallo last year simply traded places on the podium this summer. Area commercial bottlers brought both new concoctions and established crowd favorites for the coveted People's Choice area of the contest, and the celebrity judges dipped their collective chips into the commercial offerings again after a hiatus of several years. The results demonstrate that their tastes tend to vary from those of the overall crowd. We offer our profound thanks to members of both the preliminary and celebrity judging panels and our heartiest congratulations to the contestants for their participation in this annual endeavor. Most of all, we offer our appreciation to the salsa-loving citizens of Austin for their enthusiastic annual support of our friends at the Capital Area Food Bank of Texas and for that definitive brand of civic "weirdness" that delivers a huge crowd to Waterloo Park every August to eat the heat! 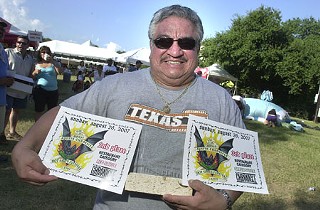 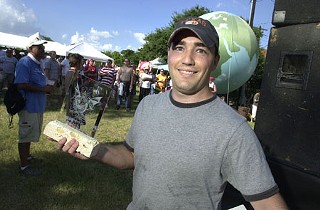 (* denotes specific salsas that have placed in the past) 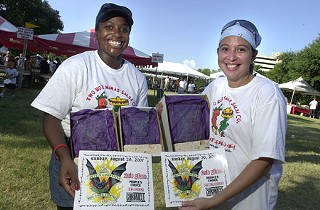 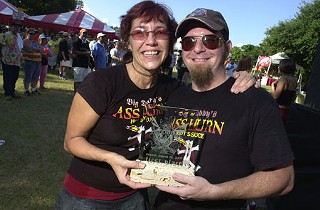