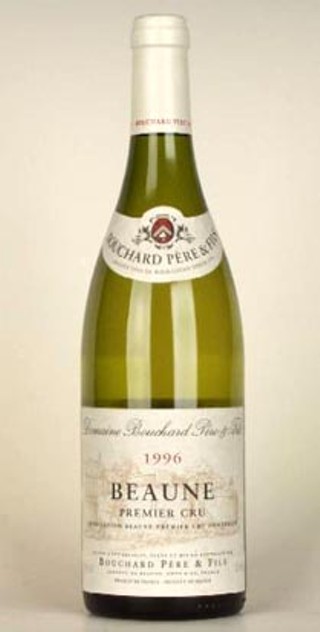 The film Sideways profiled an over-the-top love affair with the Pinot Noir grape. While the central coast of California offers some of the country's best examples of the grape, the true Pinot believer inevitably ends up having a painful and intense relationship with the Pinots of France – especially Burgundy. It's inevitable because that's where Pinot creates the most magical aromas and textures; painful because you can spend a lot of money, and the ratio of good wines to mediocre wines is not very high; and intense because once you've tasted a perfect Burgundy, you'll spend the rest of your life hoping to re-create the experience. Burgundies are like the slot machines of wine.

The winemakers in Burgundy are cognizant of where they stand in the Pinot firmament and are jealous of the huge uptick in consumption of American Pinots caused by Sideways. So, as a sort of defensive maneuver, they've started an annual blind tasting of a huge selection of both their Pinot Noirs and Chardonnays. Each year, three journalists are invited to New York to taste wines and pick their favorites. This year, I was lucky enough to be one of those three.

Generally, I try to keep my wine coverage at the lower end of the price range. Wine is part of a meal, and you should be able to afford wine every night. So unless you are a hedge-fund manager, Burgundies can be tough to afford. For instance, Romanée-Conti's Pinot, La Tâche, costs more than $1,700 a bottle, and their Chardonnay, Montrachet, is more than $2,500 a bottle. So I was pleased to hear that all the wines we would taste would be less than $35. All of us have a special occasion now and then where we can stretch the budget that far.

In true experimental design form, I was ushered into a room at about 10 in the morning with 50 bottles of white Burgundy, all in bags with the only distinguishing mark being a number. After lunch, the whole process was repeated with reds. Neither red nor white Burgundies taste anything like California versions. Think of Burgundies as Nick Drake and Californians as Van Halen.

I gave four white wines the highest scores: Maison Champy Signature Bourgogne Chardonnay ($15), Château de Santenay Bourgogne Hautes-Côtes de Beaune Clos de la Chaise Dieu ($20), Domaine Jacques Girardin Santenay les Terrasses de Bievaux ($25), and Pierre Morey Bourgogne Blanc ($26). I wouldn't have chosen any of these wines off the shelf, where I usually steer for Meursault or Chablis, so I learned a great deal. Each had all the floral, caramel, and lemon aromas you normally only get for a lot more money.

The red competition is a little tougher than the whites, simply because low-end French Pinot Noir is almost exactly opposite from the favorites of the Sideways folks. It's frequently dusty and oxidized and not very fruity. But once you get through the bottom tier, things start looking up. Instead of the powerful fruit of California versions or Oregon's dominant acidity, Burgundies are all about balance and elegance, perfect accompaniments for food. Three reds received my top score: Château Génot-Boulanger Mercurey Rouge ($35), Labouré-Roi Gevrey Chambertin ($32), and my favorite, Domaine Adélie Mercurey 1er Cru les Champs Martin ($29).

One of the big problems consumers face when buying a Burgundy: Will they get something worthwhile, or will they just have seen their hard-earned bucks go down the drain? Nothing beats having the recommendation of a wine salesperson you trust and who knows your tastes. But I can tell you after a hard day's tasting, these seven wines are all worth a search.