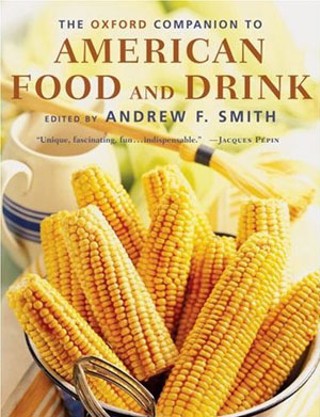 You know your way around the kitchen, and you've got cookbooks by the foot. You watch food TV, take cooking classes, and refer to star chefs by their first names. So, what's the next step on the food front's bleeding edge? It's culinary history, folks, and you heard it here first. It's about where food comes from, how it has evolved, and how it fits into our larger culture. And what better place to start than with the story of American food?

In a rare opportunity, one of food history's longstanding stars, Andrew F. Smith, will be speaking at the Central Market Cooking School on Tuesday, July 10, about the historic context of the American food scene today.

On tour across the country as editor of the just-released Oxford Companion to American Food and Drink (Oxford University Press, $49.95), Smith is a prolific author and a popular, entertaining speaker; he's delivered hundreds of presentations on various aspects of food history and has appeared on National Public Radio, is TV's Food Network, and the History Channel. He teaches food history and writing at the New School in New York City and has written numerous books ranging from the history of popcorn to the Encyclopedia of Junk Food and Fast Food. A respected historian, Smith is known for searching out and documenting the real histories of foods, often disproving accepted myths that he calls "fakelore."

As for the new Oxford Companion to American Food and Drink, don't be intimidated by the scholarly reputation of Oxford University Press. While weighty (796 pages), this tome is a concise, authoritative, and exuberant look at all aspects of the American obsession with food. It contains 700 articles by more than 200 contributors on such diverse topics as holiday foods, snacks, popular consumer brands, regional cooking, the wine industry, ethnic food traditions, slow food, and fast food. Smith places American food into its historical and cultural contexts, tackles trends and controversies, and documents both disappearing traditions and emerging movements. This is a definitive and useful reference book, as well as a source of random, entertaining reading on the compelling subject of American cuisine.