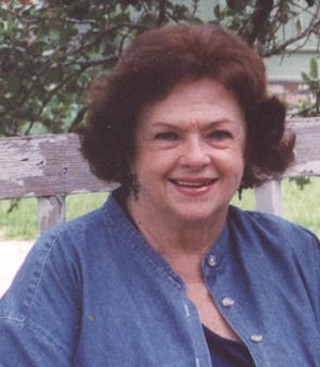 I lost a treasured friend and cooking mentor this week. Bobbie Covey was a marvelous cook, the most gracious and down-to-earth hostess, and a stalwart friend. The former Kerrville and Austin restaurateur died Sunday, June 17, in a San Antonio hospital. Bobbie Ann Trigg was born in Fort Worth on July 17, 1933. She married Louis Romero of Kerrville in 1952, and they had two daughters, Gina and Toni. Bobbie learned the restaurant business working with Louis in his family's Torres Restaurant in Kerrville. After they divorced, she worked for James Avery jewelers before moving to Austin with her third husband, Al Covey, in the late 1970s. Longtime Austinites will remember Bobbie from El Metate, the Mexican restaurant she operated at 1209 Red River long before an address on that stretch of Downtown real estate became chic. During the El Metate years, she rented kitchen space to a caterer named Craig Ainsworth, who was interested in opening a Mexican restaurant himself. After El Metate closed, Bobbie discovered an about-to-be-vacated barbecue joint at 1728 Barton Springs Rd. and recognized it as the perfect spot for the Mexican restaurant Ainsworth and partners Mike Young and John Zapp wanted to create. The local Chuy's dynasty was born in that Barton Springs location with Bobbie Covey as the original kitchen manager. She was responsible for developing some of the menu items still popular in those restaurants today. Bobbie would eventually have another restaurant of her own called Salsas at 4308 Manchaca, now the site of a Dan's Hamburgers outlet. She returned to Kerrville in 1992 to provide care and companionship to her elderly stepfather and continued in that line of work until her recent retirement to a ranch home near Camp Verde. Bobbie suffered a massive heart attack and a stroke two weeks ago and never really recovered. She is survived by daughter Gina Romero of Dallas and daughter and son-in-law Toni R. and Michael Box of Houston. A memorial service to celebrate Bobbie Covey's life will be held Friday, June 22, at 1:30pm at the Grimes Funeral Chapel (728 Jefferson St., Kerrville). In lieu of flowers, her daughters suggest memorials be made in Bobbie's memory to the Kathleen C. Cailloux Humane Society in Kerrville.