In planning your SXSW itinerary, make room for these 10 dining destinations

Attendance to the final mad, fun, and music-filled week of South by Southwest requires quite a bit of advance strategy: choosing which panels to check out, plotting the hours and locations of the various showcases not to be missed based entirely on personal tastes, scamming invitations to the coolest industry parties, and keeping an ear to the ground about all the ancillary events that sprout up around the Festival every spring.

We'd like to suggest one more crucial area that warrants attention: There are certain culinary pilgrimages necessary to the overall success of the South by Southwest experience, places to eat and drink that are so definitive of Austin during the ides of March that you really can't say you've been here, unless you've been there. Granted, suggestions could vary some among more seasoned Festgoers, but we've compiled a list of 10 destinations.

Hit none, and we think you've really missed out on an important component of the party; hit one or two, and you're doing all right; three to five is a good slacker score; five to seven indicates serious immersion in local culture; and, if you've done all 10, you're practically a native. 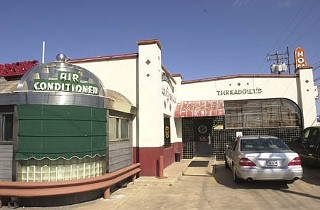 1) Eat breakfast or lunch at Las Manitas Avenue Cafe (211 Congress, 472-9357): The ultimate fate of this iconic local eatery is still being decided, but it appears fairly certain that sometime soon a new convention hotel monstrosity will take over most of the 200 block of Congress Avenue. One popular solution under discussion is a low-interest city loan that would help the indomitable Perez sisters relocate the restaurant to a building they own at the north end of the block. Regardless of what happens after the Festival, this could be your last chance to dine at Las Manitas in its current beloved funky location. Yes: You'll have to stand in line, but you'll be used to doing that. Besides, you'll be waiting to witness the end of an era.

2) Commune with Austin music history at Threadgill's (6416 N. Lamar, 451-5440; 301 Riverside, 472-9304): Whether you eat chicken-fried steak and mashed potatoes at the legendary Kenneth Threadgill's converted gas station or kick back in the beer garden at the Riverside location with some fried green tomatoes and an ice-cold beer, these two joints are the confluence of Austin comfort food and music history. Bonus points here if you've eaten in the Janis Joplin shrine room at No. 1 or if you've taken pictures at the Armadillo World Headquarters commemorative plaque just a stone's throw from the Riverside parking lot.

3) Late-night noshing and networking at local independent restaurants Magnolia Cafe (2304 Lake Austin Blvd., 478-8645; 1920 S. Congress, 447-7636), Katz's (618 W. Sixth, 472-2037), Star Seeds (3101 N. I-35, 478-7107), and Kerbey Lane Cafe (four locations around town): All these places cater to the late-night crowd and are guaranteed to be jammin' when the clubs and bars close. The time spent waiting for that hearty Lunar Landscape, stack of flapjacks, or pastrami sandwich can be put to good use chatting with other Festies and flirting with cute musicians from around the world.

4) Late-night barbecue at Sam's (2000 E. 12th, 478-0378): For nearly 30 years, knowledgeable local and visiting musicians have made this Eastside barbecue shack their post-gig stop for protein loading after a sweaty onstage workout. The Mays family welcomes everyone. Why should you be any different? 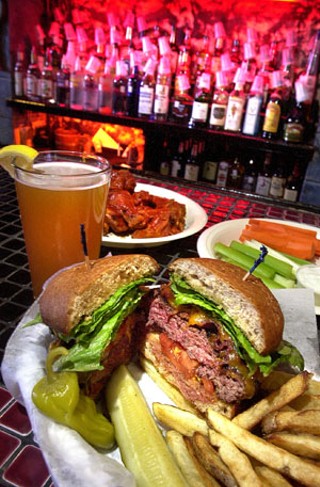 6) Drinking at notable local watering holes: "Well I wish I was in Austin/at the Chili Parlor Bar/drinking Mad Dog margaritas/and not caring where you are." Serious drinks, fiery chili, and reliable burgers at the Texas Chili Parlor (1409 Lavaca, 472-2828). Tell 'em Guy Clark sent you. Order Mexican martinis and burgers at the Cedar Door (201 Brazos, 473-0001). Extra points here if you've had drinks in all of this bar's locations. 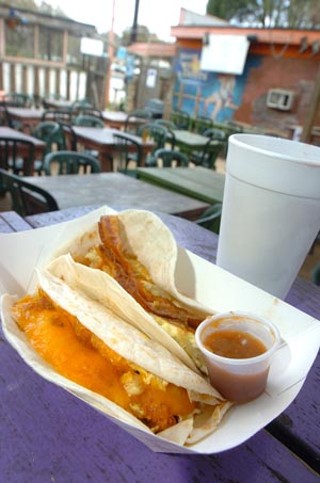 7) KGSR breakfast on the radio broadcast from the lobby at the Four Seasons (98 San Jacinto, 478-4500): You never can tell who'll show up to pick and sing with the guys from KGSR, but it's a safe bet Lyle Lovett will sit in with them, if he's in town. Go downstairs for an impressive upscale breakfast on someone's expense account, if you're lucky.

8) Picnic along Town Lake: Grab a pizza, a bag of tacos, or some burgers, and enjoy a relaxing picnic on the shores of Town Lake with old or new friends. Depending on your musical heroes, gather at the Stevie Ray Vaughan statue or the Walter Hyatt bench.

9) Strolling the Sixth Street Entertainment District: Getting points here is a no-brainer. Everybody knows, and everybody goes. However, the wisest travelers will point out that the best burgers are to be found at Casino el Camino (517 E. Sixth, 469-9330) and more recently at the Jackalope (404 E. Sixth, 469-5801). The French bistro fare at Chez Nous (510 Neches, 473-2413) is both authentic and delightful, and the most reliable street food can be purchased from a vendor called the Best Wurst.

10) Tacos and music at Maria's Taco Xpress (2529 S. Lamar, 444-0261): In years past, the all-day Sunday musical lineup led by Alejandro Escovedo made Maria's a don't-miss destination on the last day of the Festival. The larger new location manages to keep the cool funk factor and will now be offering music from Wednesday through Sunday. No Alejandro this year, but check Maria's Web site (www.tacoxpress.com) for the music lineup.