Carol Dawson and Carol Johnston's 'House of Plenty: The Rise, Fall, and Revival of Luby's Cafeterias' 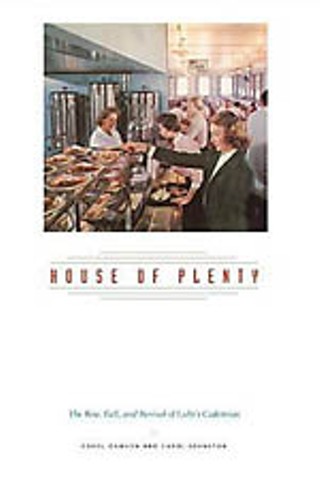 Earlier this fall, Texas Book Festival Literary Director Clay Smith sent me a list of food-related books that were to be featured at the annual fall event. Smith was confident that books by such authors as Jay McInerney and Amy Sedaris would generate plenty of publicity on their own, but he was careful to point me toward one title in particular. 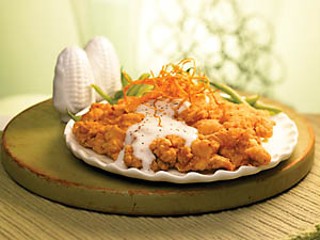 "The book you should really look at is called House of Plenty," he told me. "It's about the history of the Luby's cafeteria chain." Since I'm always up for a potentially good Texas tale, I told him I'd be sure to look it over when the University of Texas Press sent the review copy.

The next week, I happened to mention the book to my contributing writers in a story meeting. Discussing it provoked an hour of warm reminiscence about (mostly) Texas childhoods that included plenty of cafeteria dining. We were all genuinely nostalgic for the glory days of Luby's, when seemingly hundreds of made-from-scratch choices were presented at affordable prices by employees eager to please. Our curiosity about what had happened during the Eighties and Nineties to undermine the quality we remembered so fondly was just as sincere. Maybe a book that offered the inside story on the calamity that befell Luby's would have more of an audience than I first thought. 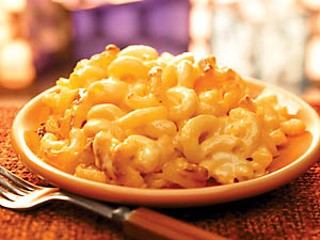 I started reading House of Plenty: The Rise, Fall, and Revival of Luby's Cafeterias (UT Press, $21) on a Friday evening and, with the exception of time out to watch the UT-OU football game, couldn't put it down until I finished it late on Sunday afternoon. I can't remember when a nonfiction book has had such a profound impact on me. For a person who has made a career of working in and then writing about restaurants, the story of how Harry Luby's cafeterias became a prime example of an American culinary icon is fascinating. Equally compelling – and horrifying – are the details about the near destruction of a venerable and very lucrative company by the "financial experts" who took over from the real "cafeteria men."

Austin novelist Carol Dawson collaborated with Luby's family member Carol Johnston to render a story that is an astute evaluation of a distinctly American cultural and culinary phenomenon, an often painful family drama that includes betrayal, a gory suicide, and a worthwhile cautionary tale about the demise of American business ethics. Once I'd finished the book, the biggest question in my mind was how Dawson got Johnston to reveal such intimate family secrets. Exactly how had this book come about? 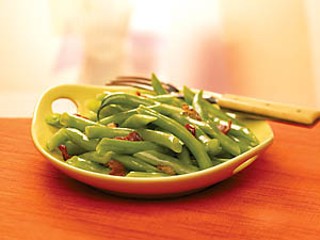 "Growing up in the Luby's business gave me such a wonderful life," the latter explains. "But I was so angry and frustrated about what was done to the company and what happened to my mom, I was determined to find someone to tell the story."

Johnston's grandmother, Lola Luby Johnston, along with husband Charles, were among the eight married Luby cousins who joined Harry Luby's fledgling cafeteria business in the 1920s and helped lay the groundwork for its incredible financial success. Her father, also named Charles Johnston, partnered with Bob Luby to solidify the modern Luby's dynasty beginning in the 1940s and eventually made it a very profitable publicly held company. Carol Johnston grew up in a San Antonio Luby's outlet: The company was her family. She wanted the public to know how the once-respected company that had been her beloved father's life ended up in bankruptcy, serving substandard food. After a few false starts, she was introduced to Dawson by mutual friends, and the two began the conversations that would result in a book deal. 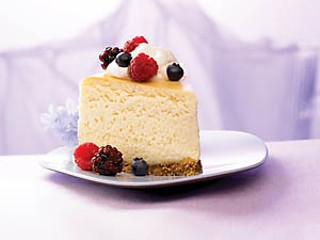 "When we first started talking, I was sure I couldn't write the book Carol wanted," Dawson recalls. "But after I went away and did some background reading, I started to see that I could use the Luby's family history as the framework for the bigger story about an American business and cultural phenomenon and how the cafeteria democratized dining out for the American public."

Once the deal was struck, the two Carols toured the state, interviewing Luby family members and the "cafeteria" men and women with stories to tell. Dawson immersed herself in five years of reading and research. She read everything from books on capitalism to the history of dining out to annual reports and the psychologies of suicide and mass murders.

"I knew going in there were two mysteries in the story I'd have to solve," she says. "What provoked George Hennard to massacre 23 diners at a Luby's in Killeen in 1991 and why CEO John Curtis committed suicide in 1996."

The company's remarkably compassionate (and innate) response to the Killeen tragedy is taught as a positive model for crisis management in business schools across the nation to this day, and Curtis' suicide brought the disastrous decline of the venerable company into clear focus. The solution to the problem that initially attracted me to the book – exactly who was responsible for the decline in quality at Luby's – is figured out, as well, and very deftly.

In Dawson, Johnston found the right person to do her family history justice. In doing justice to it, Dawson has delivered an absorbing cultural study that reads like a good whodunit. But House of Plenty is so much more than a recreational read. I'm convinced this book should be on the required reading lists at business schools, culinary schools, and all colleges that offer degrees in restaurant management. Harry Luby lived and did business according to a simple set of ethics. His family and their business prospered, taking excellent care of employees and customers in the process. In the current American business climate, that makes for a crucial lesson.

House of Plenty:The Rise, Fall, and Revival of Luby's Cafeterias